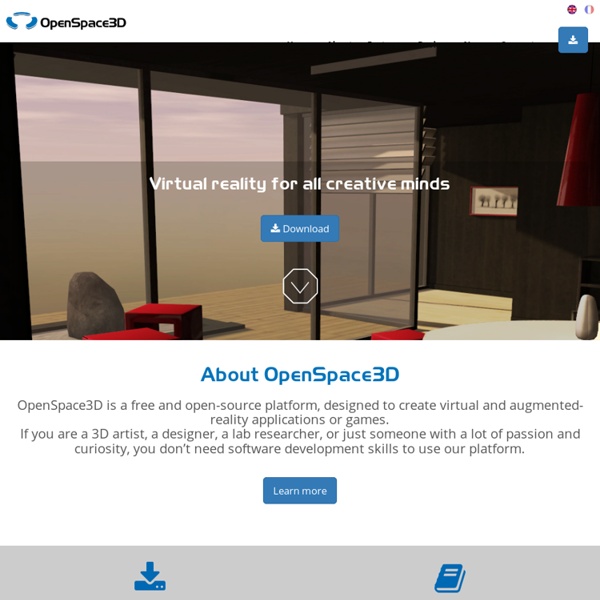 EU Code Week - more than just coding, more than just a week Do you know how to code? And do you know why it matters? Last week was the second ever EU code week. Is Digital Game-Based Learning The Future Of Learning? - eLearning Industry What Is Game-Based Learning? Most people need effective and interactive experiences that motivate them to actively participate in the learning process. One of the ways to do this is through game-based learning. Game-based learning today involves the use of computer and video games specifically aimed to produce learning outcomes. It is designed to balance subject matter and gameplay, and later assesses the ability of the learner to retain and apply the acquired knowledge to real-world scenarios. An effective game-based learning environment helps learners work toward a goal while choosing actions, and experience the consequences of those actions.

Planking (fad) and others meme A planking-like activity – called face dancing by its participants – was initiated in 1984 in Edmonds, Washington by Scott Amy and Joel Marshall.[2] The two high school age boys were walking in a park when they came upon a baseball game. They decided to lay face down in right field to see if anyone would react. No one did, but they had such a good time and laughed so much, they continued to do it for many years to come. The Teacher's Guide To Badges In Education What encourages students to do well in school? Often, it comes down to grades. Many students will work harder in order to earn a higher grade. Colleges want to see good grades. The 7 Best SDKs for Enterprise VR Developers From virtual prototyping, to design collaboration, training, and beyond, virtual reality is poised to take its place in enterprise applications. According to the Worldwide Quarterly Augmented and Virtual Reality Headset Tracker report, which was released in June by the International Data Corporation (IDC), worldwide shipments of augmented reality (AR) and virtual reality (VR) headsets were down 30.5% year over year, totaling 1.2 million units in the first quarter of 2018. However, IDC anticipates growth through the remainder of the year, driven by low-cost standalone VR headsets and more vendors entering the commercial and enterprise VR market.

Hour of Code Hints after video one. This may never be seen? Draw a picture made of ellipses and rectangles! For example, you could make a self-portrait, an alien creature, or something more abstract. It'll just be black and white for now, we'll get to color in the next video. Create Games with Construct 2 Modern. Highly capable. Versatile. This is the all-in-one tool to build and ship your games globally. Simple And Powerful Blocks Construct's unique block-based approach is a simple and exciting way to start designing games.   Google Developers Platforms Google offers two mobile VR platforms, Daydream and Cardboard. Daydream features high quality mobile VR, ideal for immersive, longer-form experiences.Daydream Standalone features powerful, immersive, mobile VR without the need for a phone.Cardboard features affordable, light-weight, hardware that's easy to hop into, making it perfect for quicker VR experiences. Key Concepts Development in VR requires understanding a number of VR-specific concepts.

The Ultimate Best Blogging Sites Comparison - December 2017 A Comprehensive Guide To Premium and Free Blogging Sites Last updated: 24th November 2017 Blogging is a great way to connect with the world. Whether you blog to express your passion for your hobbies, blog to connect on a personal level with others or blog to help promote a business, it can be a great way to connect with the world. In this article I’ll be reviewing each of the popular blogging sites available today. Best virtual reality SDK for VR development - 2019 It is a known fact, that in software development there are many libraries and kits that aid developers in their work. But what about such a brand new technology as Virtual Reality? Are there dev kits to develop VR apps too?