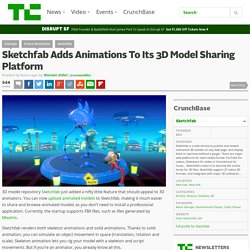 You can now upload animated models to Sketchfab, making it much easier to share and browse animated models as you don’t need to install a professional application. Currently, the startup supports FBX files, such as files generated by Mixamo. Sketchfab renders both skeleton animations and solid animations. Thanks to solid animation, you can simulate an object movement in space (translation, rotation and scale). Skeleton animation lets you rig your model with a skeleton and script movements. By default, the Sketchfab player endlessly loops an animation. An Oreo Experiment Reveals Mondelez's Approach To Innovation.

In a vacant lot opposite the convention center in Austin sits a blue shipping container with a long line of people snaking away from it. 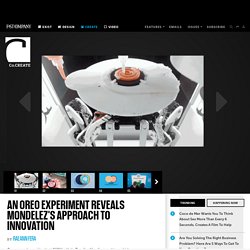 Most in this line will end up waiting two hours. This being SXSW, you might assume there was a celebrity meeting at the end of the line, or an exclusive party. Instead, this group is waiting for a cookie. Not just any cookie, but a customizable 3-D printed Oreo that is created in front of their eyes. This experiment, and it’s most definitely an experiment, was called the Trending/Vending Machine. The activation was born of two very real forces within Mondelēz, says Bonin Bough, the company’s vice president of global media and consumer engagement at Mondelēz International. "I personally am very much about looking at those things that are going to provide real potential step-change and transformation," say Bough. Rather than waiting for food printing to meet critical mass, Bough reveals another innovation in the works for Oreo.

Joseph DeSimone: What if 3D printing was 100x faster? The Major Impact 3-D Printing Could Have on Tech and Cooking. Printed pastries with individually tailored nutrient levels. 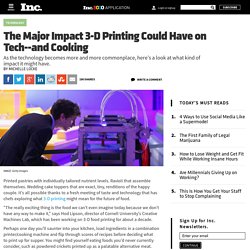 Ravioli that assemble themselves. Wedding cake toppers that are exact, tiny, renditions of the happy couple. It's all possible thanks to a fresh meeting of taste and technology that has chefs exploring what 3-D printing might mean for the future of food. "The really exciting thing is the food we can't even imagine today because we don't have any way to make it," says Hod Lipson, director of Cornell University's Creative Machines Lab, which has been working on 3-D food printing for about a decade. Perhaps one day you'll saunter into your kitchen, load ingredients in a combination printer/cooking machine and flip through scores of recipes before deciding what to print up for supper. Like more traditional 3-D printers, food printers work by printing out successive layers of edible material, such as sugar. 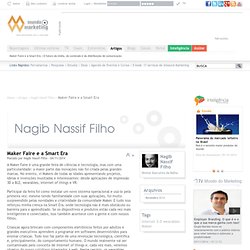 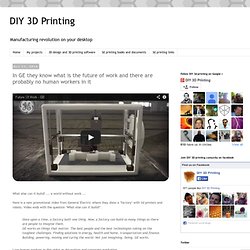 ... a world without work ... Here is a new promotional video from General Electric where they show a "factory" with 3d printers and robots. Video ends with the question "What else can it build? ". Once upon a time, a factory built one thing. Now, a factory can build as many things as there are people to imagine them.GE works on things that matter. I see human workers in this video as decoration and corporate marketing. Impressoras 3D de comida chamam a atenção na CES - 10/01/2014 - Tec. Duas impressoras 3D de comida foram apresentadas na CES 2014 em Las Vegas. 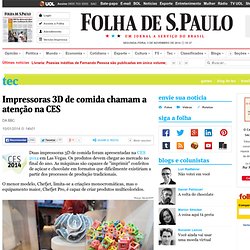 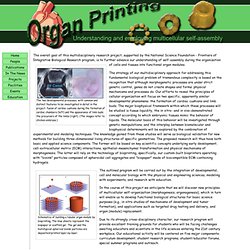 The two developmental processes, with common and distinct features to be investigated in detail in the project: fusion of cardiac cushions during the formation of cardiac chambers (left) and the appearance of limb buds the precursors of the limbs (right). (The images refer to chicken embryos.) The strategy of our multidisciplinary approach for addressing this fundamental biological problem of tremendous complexity is based on the recognition that although morphogenetic processes are under strict genetic control, genes do not create shapes and forms: physical mechanisms and processes do.