The History of St. Patrick's Day 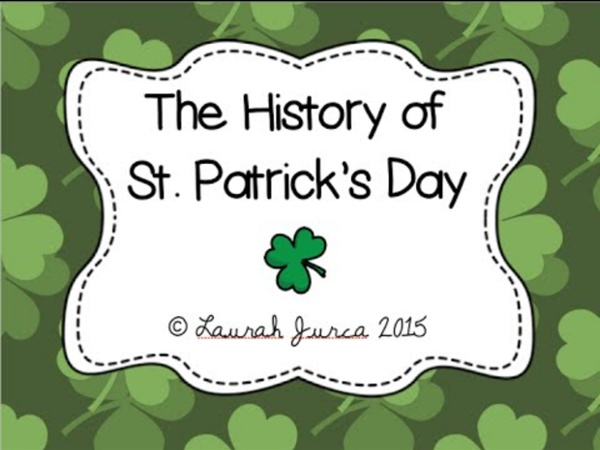 Easter Rising: Centenary parade takes place in Dublin Hundreds of thousands of people have lined the streets of Dublin where a parade has marked the 100th anniversary of the 1916 Easter Rising. The military parade was the largest ever staged in the Republic of Ireland, and featured a fly-past over the city centre by the Irish Air Corps. Image copyright Getty Images Northern Ireland Scene 1 Transcript Stephen: Come on, Ash. You said you wanted to see the scenery and you keep looking at the guidebook.

How a failed rebellion changed the world: The Easter Rising’s strange centennial Everything about the Easter Rising of 1916 is controversial, including when to celebrate its centennial. By longstanding tradition, the anniversary of the doomed rebellion that ultimately led to the creation of an independent Irish state is celebrated on Easter Monday, the day picked by the insurgents for the most overtly Catholic revolt in the long history of Irish-British discord. So the centennial observation of the Rising happened in Dublin last week, complete with speeches, parades, wreath-laying ceremonies and the kinds of Irish sectarian disputes that are nearly impossible to explain to outsiders. (A small group of protesters described as “dissident republicans” — essentially a fragment of a fragment of the old IRA — were angry that the observance encompassed not just the Irish martyrs of the Rising but also the British soldiers who died in suppressing it.)

Authentic video in the classroom: Ireland I What you see here is an approximately 3-minute clip from a 50-minute travel video on Ireland. It is authentic, in the sense that it’s intended for English-speaking people interested in travelling and other countries, not for language learners per se. “Ireland” is one of many videos in the Globetrekker series produced by UK-based Pilot Productions.

Peace wall demolished in Belfast after dividing communities for 30 years - Irish Post A NORTHERN Irish ‘peace wall’ has been demolished after 30 years of dividing communities in Belfast. The wall, on the Crumlin Road in the Ardoyne area of north Belfast, stood for three decades before contractors tore it down yesterday. It was erected in the mid-1980s, designed to give “protection to residents in the interface of the area” during the Troubles. But the Northern Ireland Housing Executive (NIHE) made the move yesterday to demolish the 8ft high structure, which will be replaced by railings and decorative panels. The decision to take down the wall was led by the local community, who were seen taking bricks from the wall home with them.

Authentic video in the classroom: Ireland II My second example of utilising authentic video in the EFL classroom is based on the same 50-minute travel video as my first. Of course, one can apply this to any video, but this time I will stick with Ireland. How I do it now will, however, differ from my last post because now I’ll concentrate on the language and vocabulary awareness in detail (but I wouldn’t use both methods on the same video in the same class, though). This approach is, however, associated with a lot of painstaking preparatory work for the teacher, because transcription of the video material needs to be done, at least for some of the clips. Ireland Advertisement. EnchantedLearning.com is a user-supported site. As a bonus, site members have access to a banner-ad-free version of the site, with print-friendly pages.Click here to learn more. (Already a member? Click here.) Location: Ireland is an island off western Europe in the Northern Atlantic Ocean.

The legacy of the Bloody Sunday killings In the immediate aftermath of Bloody Sunday, the British embassy in Dublin was petrol-bombed by infuriated protesters and the Mid Ulster MP Bernadette McAliskey punched the home secretary, Reginald Maudling, accusing him of lying to the Commons over what happened. The legacy of the killings, however, was the boost to IRA recruitment and the outrage that fuelled paramilitary violence through subsequent decades. Lord Widgery's inquiry and official exoneration of the soldiers – dismissed by nationalists as a state "cover up" – aggravated the sense of injustice. During the three previous years, the Troubles had claimed around 200 lives. In 1972, the year in which Bloody Sunday occurred, a total of 479 people died; it was Northern Ireland's worst year of carnage. The annual death rate did not fall below 200 again until 1977.

Celtic Holidays and Festivals The information on these pages are a collection of both authentic Celtic holidays and their modern translation. Tradition holds that each holiday is celebrated from sunset on the day before the actual holiday to sunset on the day following the actual holiday, thusly three days centering around that holiday. Click to see large version Notes: Folklore has it that in the three days preceding Samhain, the Sun God Lugh, maimed at Lughnassadh, dies by the hand of his Tánaiste (counterpart or heir), the Lord of Misrule. Lugh crosses the boundaries of the worlds on the first day of Samhain. The heir is a miser, and while he shines brightly in the sky, he gives no warmth nor tempers the north wind.

About Saint Patrick Saint Patrick's Day is celebrated each year on March 17th. In Ireland, Saint Patrick's Day is both a holy day and a national holiday. Saint Patrick is the patron saint of Ireland as he was the one who brought Christianity to the Irish. IRA ceasefire 20 years on: The priest who brokered the peace It is an iconic image, encapsulating the horror of the Troubles. Father Alec Reid kneels in a Belfast car park as he administers the last rites over the bloodied, near naked body of a British soldier. Two British Army corporals had just been tortured and shot in broad daylight after driving into an IRA funeral.