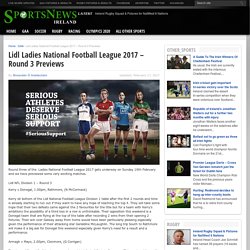 Lidl NFL Division 1 – Round 3 Kerry v Donegal, 1.00pm, Rathmore, (N McCormack) Kerry sit bottom of the Lidl National Football League Division 1 table after the first 2 rounds and time is already starting to run out if they want to have any hope of reaching the top 4. They will take some hope that their two defeats came against the 2 favourites for the title but for a team with Kerry’s ambitions the possibility of a third loss in a row is unthinkable. Their opposition this weekend is a Donegal team that are flying at the top of the table after recording 2 wins from their opening 2 fixtures. Armagh v Mayo, 2.00pm, Clonmore, (G Corrigan) The story of Round 2 of the league was Armagh’s defeat of Cork in Clonmore. 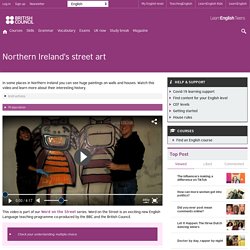 But it was once famous for something which made headlines around the world. Years of conflict known as the Troubles left thousands dead. One community, who are mostly Protestant Christians, wanted Northern Ireland to remain part of the United Kingdom. The other community, who are mostly Catholic Christians, wanted it to join up with the Irish Republic. People on the extremes of both sides used violence. Fortunately, those days are over. The art showed support for one side or the other and symbolised a divided community. Amandeep: Hi there, Tim. He has studied the murals and what they can tell us about the history of conflict here. Amandeep: Tim, can you tell me about images like this? Tim: Images like this are very common in working-class areas in Northern Ireland. 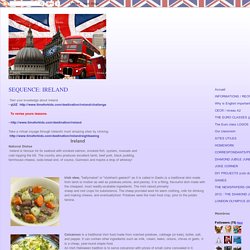 The country also produces excellent lamb, beef pork, black pudding,farmhouse cheese, soda bread and, of course, Guinness and maybe a drop of whiskey! Irish stew, "ballymaloe" or "stobhach gaelach" as it is called in Gaelic,is a traditional dish made from lamb or mutton as well as potatoes,onions, and parsley. Colcannon is a traditional Irish food made from mashed potatoes, cabbage (or kale), butter, salt, and pepper. Traditional Irish Breakfast - This is one of the glories of the Irish table and can include grilled bacon, black pudding (= boudin noir)and good quality sausages, tomatoes grilled with butter and chives, flat mushrooms and soda and potato bread.

Marion talks about her home country - Track + script + comprehension quiz. Just next to Ireland is a small country just next to the United Kingdom. 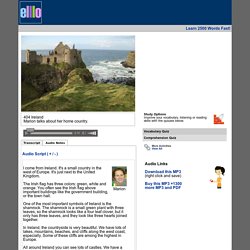 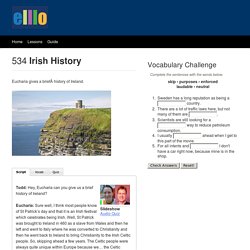 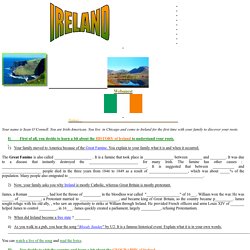 You are Irish-American. You live in and come to for the first time with your family to discover your roots. I) First of all, you decide to learn a bit about the HISTORY of to understand your roots. 1) Your family moved to because of the Great Famine. Irish - what the world thinks we do. Irish History Timeline Quiz. Discover Ireland - Irish Tourism in 2011 [VOCAB: superlatives, activities] Go where Ireland takes you: Dublin. Proudly supporting Ladies Gaelic Football. The Foreigner's Guide to Irish Accents. Traveling Ireland (visiting tips) Ireland Sightseeing Guide (for kids) How well do you know Ireland? (for kids) A Taste of Northern Ireland. L'émigration irlandaise - HG-français-anglais.