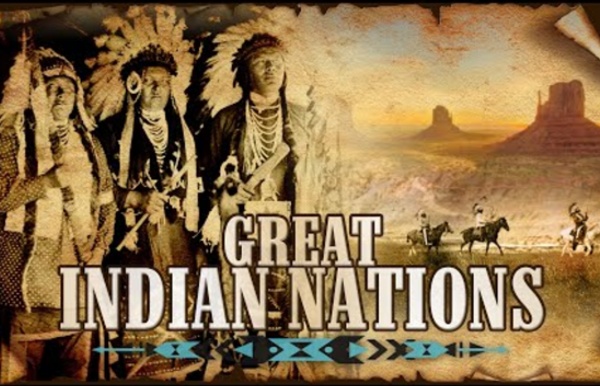 USA Geography - Map Game - Geography Online Games "I stumbled upon your fun interactive geography games from a link on the Massachusetts Geographic Alliance Website. Since then, your games have become quite a hit with my competitive colleagues!" --Candice Gomes, Education Outreach Coordinator, Boston Public Library Sheppard Software's geography games were featured in the Boston Public Library's 2006 Exhibition on Mapping! "Terrific online educational games, especially geography." --Dallas Children's Museum "I am a middle school social studies teacher who also sponsors a geography club after school. "Awesome site... it is the only reason I am passing my World Geography class!" "We love your interactive maps and are using them for 10th grade world history." "Let me say that you guys have an awesome website.

Battle of the Little Bighorn - Native American History Sitting Bull and Crazy Horse (c.1840-77), leaders of the Sioux on the Great Plains, strongly resisted the mid-19th-century efforts of the U.S. government to confine their people to reservations. In 1875, after gold was discovered in South Dakota’s Black Hills, the U.S. Army ignored previous treaty agreements and invaded the region. This betrayal led many Sioux and Cheyenne tribesmen to leave their reservations and join Sitting Bull and Crazy Horse in Montana. By the late spring of 1876, more than 10,000 Native Americans had gathered in a camp along the Little Bighorn River–which they called the Greasy Grass–in defiance of a U.S. War Department order to return to their reservations or risk being attacked. In mid-June, three columns of U.S. soldiers lined up against the camp and prepared to march.

American National Anthem - Whitney Houston Dawes Act (1887) Approved on February 8, 1887, "An Act to Provide for the Allotment of Lands in Severalty to Indians on the Various Reservations," known as the Dawes Act, emphasized severalty, the treatment of Native Americans as individuals rather than as members of tribes. Federal Indian policy during the period from 1870 to 1900 marked a departure from earlier policies that were dominated by removal, treaties, reservations, and even war. The new policy focused specifically on breaking up reservations by granting land allotments to individual Native Americans. Very sincere individuals reasoned that if a person adopted white clothing and ways, and was responsible for his own farm, he would gradually drop his Indian-ness and be assimilated into the population. It would then no longer be necessary for the government to oversee Indian welfare in the paternalistic way it had been obligated to do, or provide meager annuities that seemed to keep the Indian in a subservient and poverty-stricken position.

References Project-based learning, the USA and Authentic Video in the EFL classroom | Elisabeth Horn The Globe Trekker/Pilot Guides video collection is a treasure trove for any English teacher. It encompasses extensive material from every corner of the world, and especially English-speaking countries are lavished with attention. Australia, Canada, Scotland, Wales, Ireland, England – you name it. Even individual cities are endowed with an approx. 50-minute complete video of its own, like London, New York City, San Francisco, Los Angeles, New Orleans to name but a few. Covering the United States satisfactorily in the language classroom is a daunting project, especially if you want to give your students more than a superficial understanding of its history, geography, language and people. To date, Globe Trekker offers a range of videos on the USA, covering practically every individual state, and, so it seems, more is coming every new season. In addition to making this initial decision, there are quite a lot of follow-up issues to consider: The route travelled in the video “Deep South”

Native American Cultures - Facts, Regions & Tribes Many thousands of years before Christopher Columbus’ ships landed in the Bahamas, a different group of people discovered America: the nomadic ancestors of modern Native Americans who hiked over a “land bridge” from Asia to what is now Alaska more than 12,000 years ago. In fact, by the time European adventurers arrived in the 15th century A.D., scholars estimate that more than 50 million people were already living in the Americas. Of these, some 10 million lived in the area that would become the United States. As time passed, these migrants and their descendants pushed south and east, adapting as they went. The Arctic The Arctic culture area, a cold, flat, treeless region (actually a frozen desert) near the Arctic Circle in present-day Alaska, Canada and Greenland, was home to the Inuit and the Aleut. The Inuit and Aleut had a great deal in common. The Subarctic The Northeast The Southeast The Plains The Southwest The Great Basin California The Northwest Coast The Plateau

7 Ideas for Educators to Consider Before Teaching the Trail of Tears Osiyo! That’s hello in Cherokee. When I started writing Mary and the Trail of Tears, I realized I didn’t know as much as I thought I knew. A lot of research, along with the help and knowledge from other Cherokees, went into helping me tell a story my ancestors would be proud of. I hope these ideas will help you and your students learn about the living descendants of the many Native American people impacted by Indian Removal. Here are a few areas educators can explore as they guide students in learning about the Trail of Tears: 1. When I began researching, I had little understanding of the logistics of moving the entire Cherokee Nation equaling about 16,000 people. 2. The removal of the Cherokees, Choctaws, Chickasaws, Creeks, and Seminoles are all sometimes referred to as the Trail of Tears. 3. Check out one of the National Park Service’s printable maps of the Trail. 4. 5. You can’t tell who is and isn’t Cherokee by looking at them. 6. Would a Native person feel welcome in your space? 7.

Objectives: Explain how Native American and European ideas of
land ownership differed from one another. by cmallen3 May 1

Quick Tip: Teachers can use this documentary to gain knowledge on how to explain how Native American and Europeans ideas of land ownership differed. by cmallen3 May 1