The News Blog of Comics Culture 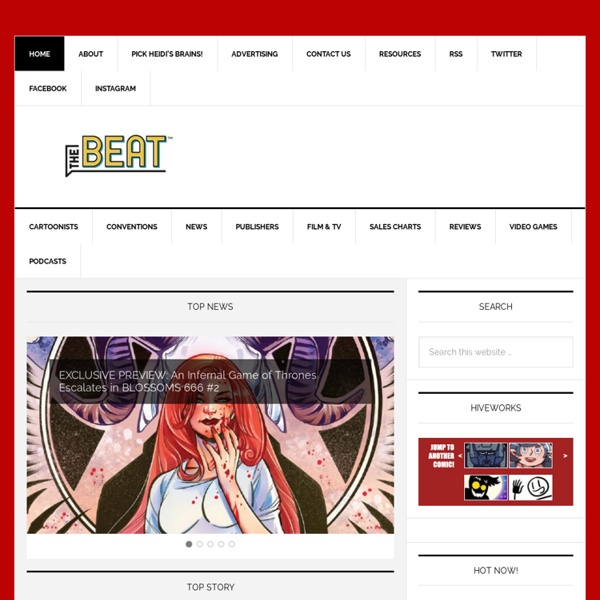 Archive.org ebooks Additional collections of scanned books, articles, and other texts (usually organized by topic) are presented here. The American Libraries collection includes material contributed from across the United States. Institutions range from the Library of Congress to many local public libraries. As a whole, this collection of material brings holdings that cover many facets of American life and scholarship into the public domain. Significant portions of this collection have been generously sponsored by Microsoft , Yahoo! United States Patent and Trademark Office documents contributed by Think Computer Foundation. This library of books, audio, video, and other materials from and about India is curated and maintained by Public Resource. Uploads from the general users of ARCHIVE.ORG related to Islamic culture, studies and related subjects. Free books for the&nbsp; people with disabilities that impact reading. Books in this collection may be borrowed by logged in patrons. The John P.

Wartmag – Actu BD, bande dessinée, manga, comics et pas seulement ! Monitor Mix Free Novels Cyber-Books Read half the novel free - see how Free Online Novels can eventually become a best-selling book. These free novels are books and fictional works presented in their entirety online either as html or a downloadable file; they are available as free online novels from the authors in order to promote their work, seek representation, promote additional work, and/or develop a following. Though these free online novels are not found in the mainstream bookstores, many of them will eventually be discovered for their entertaining and enlightening value not always recognized by mainstream publishing until after a following is established. free novels / anthologies / serials / sneak peeks / virtual novels / non-fiction / something different Last Updated: Dec. 14th, 2005 (12/14/2005) The Free Online Novels - Fiction free online novels / novel anthologies / serialized novels/ novel sneak peeks / virtual novels / non-fiction / something different Sponsored by: Be sure to visit: TheMagicLife.com

Arrested Motion Giant Robot Blogs / Martin Wong Martin Hsu, friend of Giant Robot, talented artist, toy designer, animator, and world traveler just visited the ultimate Totoro fan’s dream house and has given us all a virtual tour! Satsuki and Mei’s house was painstakingly built as a real-life replica of the house that is very much a Miyazaki character, as part of EXPO 2005 in Nagoya. The theme of the Expo was “Nature’s Wisdom”, and what Studio Ghibli film captures that theme in the most open and accessible way than My Neighbor Totoro? I adore the way that Martin went through the house and shared it with us, even including dramatic re-enactments of scenes from the film. Most awesome re-enactment still goes to Tiny Iron Fists though… total commitment. Dig in to Martin’s tour, and then re-watch the movie for the millionth time to bring it all home.

Aesop's Fables - Online Collection - 656+ fables - Hi-Fructose Magazine Pirates of the Caribbean 4: A Film-Inspired Cocktail With Rum White supremacist Frazier Glenn Miller, arrested in three killings Sunday, turned white opportunist when facing decades in prison, testifying against his fellow haters in two trials. A quarter-century before he was charged with Sunday’s three hate murders outside Kansas City, Frazier Glenn Miller figured prominently in a triple hate homicide in North Carolina. People intimately familiar with the earlier case say Miller, founder of a Ku Klux Klan chapter and a white political party, should have been a prime suspect in those killings, as well. Instead Miller became a star witness in both that murder trial and in a sedition case against 13 fellow white supremacists. Miller had proved himself to be not so much a white supremacist as a white opportunist when he found himself facing decades in prison on weapons charges in 1987. Miller made a deal for just five years. And he would only have to serve three. He added, “A five-year sentence sounded a little more palatable than 200, so I accepted.”