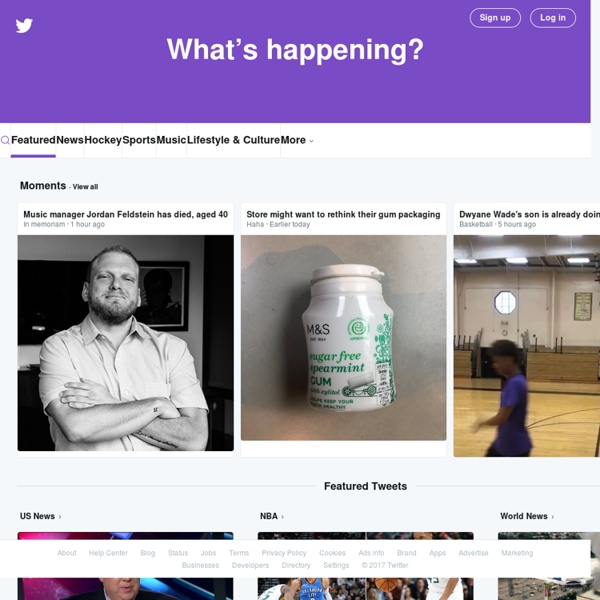 Customer Loyalty: Is It an Attitude Or a Behavior? The people who've tried to define customer loyalty have usually approached it from one of two different directions - attitudinal and behavioral. Although each of these directions is valid, they have different implications and lead to very different prescriptions for businesses. (This is analogous, but I don't think it is precisely aligned, with Estaban Kolsky's distinction between "emotional" and "intellectual" loyalty.) The attitudinal definition of loyalty implies that loyalty is a state of mind. By this definition, a customer is "loyal" to a brand or a company if they have a positive, preferential attitude toward it. They like the company, its products or its brands, and they therefore prefer to buy from it, rather than from the company's competitors.

First look at future of work: Yammer and Salesforce Chatter have new competition: Convofy At Rackspace we’ve been trying to decide between Yammer and Salesforce Chatter. These systems are like Facebook or Twitter for working with your coworkers. Just when we thought we figured out the new “social enterprise” market along comes Convofy. I tried to be skeptical, but the collaborative features of it are impressive. You’ve gotta watch the video to see what’s different about it. british-bbq So why write about British-bbq in the USA. Because our cousins in England are just as crazy about grilling as we are. I know this is a fact from having traveled in Great Britain where every house seems to have a grill Also from the fact that despite the weather British Bbqers will try to grill in the rain with their "barbi."

100 Websites You Should Know and Use Entertainment Meet David Peterson, who developed Dothraki for Game of Thrones There are seven different words in Dothraki for striking another person with a sword. Among them: “hliziﬁkh,” a wild but powerful strike; “hrakkarikh,”a quick and accurate strike; and “gezrikh,” a fake-out or decoy strike. But you won’t find these words in George R. Everyone thinks goal setting is the path to success. Here's why they're wrong. - Ideapod blog We all have things that we want to be successful at in life. We want to get into better shape, write a book, have a loving relationship, raise a happy family, win the championship, and so on. For most of us, the path to success begins by setting a specific and actionable goal. This was how I approached my life until recently. I would set goals for my health, relationships, business and even my body.

The customer rarely buys what the company thinks it's selling him Clayton Christensen classifies sustaining innovations as those that continue to improve a product or service, and move it up and up and up along the customer's need. Often, sustaining innovations achieve a quality far in excess of what most customers actually need, and as quality improves, price and margin improve as well. In fact, Christensen says, competition in sustaining innovations has a tendency to increase the price of the product (in contrast to the common economic wisdom that competition reduces prices). However, at some point below this level of high product quality and innovation, there are disruptive technologies that will always chip away at the higher end products. He had a table showing different companies that had created innovative products at one time, then been successively replaced by cheaper products always moving up up up in this sustaining innovation trend. He told a story about Flextronics, a company that supplied small circuit boards to Compaq.

Rapportive Connects Gmail Inbox & Address Book Gmail and Google Contacts users no longer need to exit an email message to look up the sender's contact information. Gmail add-on and social intelligence startup Rapportive has an update that connects a user's Gmail inbox to his or her Google address book. Rapportive, the Y Combinator startup that uses the right-hand side of email messages to display the sender's social profiles, Facebook updates, LinkedIn info and the like, can now grab relevant contact details from Google Contacts and display them alongside each email message.

A Geek’s Guide to China’s Silicon Valley Editor’s note: Contributor Kai Lukoff is based in Beijing and is co-founder of the startup blog TechRice. Twenty years ago, Zhongguancun was but farming fields and small houses, far from the city center of Beijing. The ‘cun’ at the end of Zhongguancun literally means “village.” As with much else in China, the change has come lightening fast. Today, Zhongguancun is China’s closest equivalent to Silicon Valley.

Dear Young Me, Dear Young Me, I still don't know what the hell to tell you. -Older Me. 88 Cinematographers Share the Best Professional Advice They’ve Ever Received “What’s the best professional advice you’ve ever received?” That’s a question famously asked in American Cinematographer magazine’s ASC Close-Up – a series of brief interviews with various ASC (American Society of Cinematographers) members. It’s also an extremely telling question as it demands ASC members dig for the one piece of advice most important and most effective for them. The question doesn’t just ask for general guidelines or good advice, but the best advice.

Change Comes in Waves One of Saffo's most interesting perspectives is that innovation moves in phases. New scientific discoveries come in waves, and following these discoveries you have new technological applications that change everything. Chemistry innovations in the very early part of the 20th Century led to new giant companies like IG Farben and others. Then physics, in the second or third decade, and then electronics (or IT), in the 1950s. Rapportive Leverage Sales Navigator insights anytime you send an email. View rich LinkedIn profile data for your contacts directly in Gmail, and use that knowledge when you reach out next. This Chrome extension is available in two flavors, “Lite” for free LinkedIn members and “Premium” for LinkedIn Sales Navigator subscribers. Sales Navigator Lite for Gmail will let you

southwest onion-rings just what the doctor ordered How to make spicy Southwestern buttermilk onion-rings . I love onion-rings. I have always loved onion rings more than french fries in fact I can't stand french fries but I do like a baked potato with sour cream. Down in Tempe Arizona there used to be this great college restaurant that closed down that had the best thickest onion rings within Arizona if i remember correctly it was long wongs wings I used to go there with my girlfriend and if it was crowded and get the onion rings to go. Anyway their onion rings were great and I used to stop in the car and just to eat them with her out of the bag.