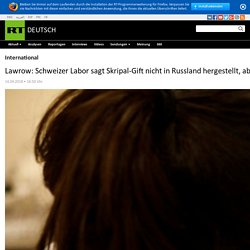 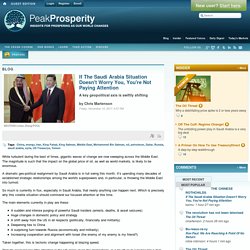 The magnitude is such that the impact on the global price of oil, as well as world markets, is likely to be enormous. A dramatic geo-political realignment by Saudi Arabia is in full swing this month. It’s upending many decades of established strategic relationships among the world's superpowers and, in particular, is throwing the Middle East into turmoil. So much is currently in flux, especially in Saudi Arabia, that nearly anything can happen next. Which is precisely why this volatile situation should command our focused attention at this time. What The Russian Hacking Report DOESN’T Say. Today, the Department of Homeland Security and FBI released a report alleging Russian hacking. 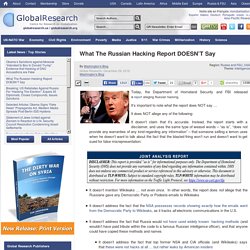 It’s important to note what the report does NOT say … It does NOT allege any of the following: It doesn’t claim that it’s accurate. Instead, the report starts with a disclaimer, and uses the same type of weasel words – “as is”, “does not provide any warranties of any kind regarding any information” – that someone selling a lemon uses when he doesn’t want to talk about the fact that the blasted thing won’t run and doesn’t want to get sued for false misrepresentation: It doesn’t mention Wikileaks … not even once.

In other words, the report really doesn’t say much of anything … Vladimir Putin Fights the War Party on All Fronts. Russia’s Awesome Responsibility. The Russian decision to proceed with military support to the Damascus government has shifted the global geopolitical map significantly. 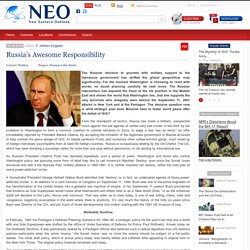 For the moment Washington is choosing to react with words, no doubt planning carefully its next move. The Russian intervention has exposed the fraud of the US position in the Middle East and shown the world that Washington lies, that she supports the very terrorists who allegedly were behind the September 11, 2001 attacks in New York and at the Pentagon. The decisive question now is what strategic plan does Moscow have to foster world peace after the defeat of ISIS? From the standpoint of tactics, Russia has made a brilliant, unexpected move against the war agenda of certain very bad circles in the USA by her invitation to Washington to form a common coalition to combat terrorists in Syria, to wage a real “war on terror,” an offer immediately rejected by President Barack Obama. 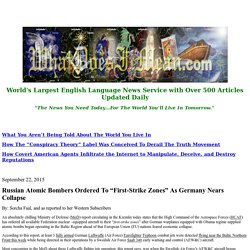 " What You Aren’t Being Told About The World You Live In How The “Conspiracy Theory” Label Was Conceived To Derail The Truth Movement How Covert American Agents Infiltrate the Internet to Manipulate, Deceive, and Destroy Reputations September 22, 2015 Russian Atomic Bombers Ordered To “First-Strike Zones” As Nears Collapse By: Sorcha Faal, and as reported to her Western Subscribers. Russian Report States Total Defeat Of US Military Would Take 3 Weeks. 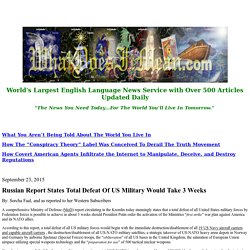 " What You Aren’t Being Told About The World You Live In How The “Conspiracy Theory” Label Was Conceived To Derail The Truth Movement How Covert American Agents Infiltrate the Internet to Manipulate, Deceive, and Destroy Reputations September 23, 2015 Russian Report States Total Defeat Of US Military Would Take 3 Weeks. Russia's ultimate lethal weapon. - Advertisement - Reprinted from RT (image by Vladimir Pesnya / RIA Novosti) DMCA Let's start with some classic Russian politics. 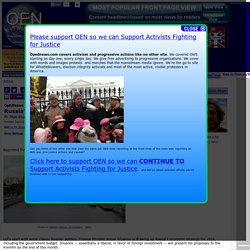 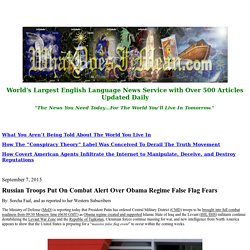 " What You Aren’t Being Told About The World You Live In How The “Conspiracy Theory” Label Was Conceived To Derail The Truth Movement How Covert American Agents Infiltrate the Internet to Manipulate, Deceive, and Destroy Reputations September 7, 2015 Russian Troops Put On Combat Alert Over Obama Regime False Flag Fears By: Sorcha Faal, and as reported to her Western Subscribers. Pentagon Concludes America Not Safe Unless It Conquers The World. Submitted by Paul Craig Roberts, The Pentagon has released its “National Military Strategy of the United States of America 2015,” June 2015. 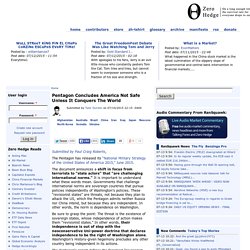 The document announces a shift in focus from terrorists to “state actors” that “are challenging international norms.” It is important to understand what these words mean. Governments that challenge international norms are sovereign countries that pursue policies independently of Washington’s policies. These “revisionist states” are threats, not because they plan to attack the US, which the Pentagon admits neither Russia nor China intend, but because they are independent.

Washington Blows Itself Up With Its Own Bomb. These are sad days in Washington and Wall Street. 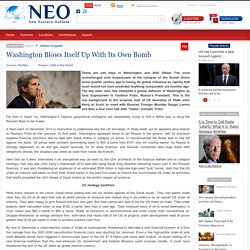 The once unchallenged sole Superpower at the collapse of the Soviet Union some quarter century ago is losing its global influence so rapidly that most would not have predicted anything comparable six months ago. The key actor who has catalyzed a global defiance of Washington as Sole Superpower is Vladimir Putin, Russia’s President. This is the real background to the surprise visit of US Secretary of State John Kerry to Sochi to meet with Russian Foreign Minister Sergei Lavrov and then a four hour talk with “Satan” himself, Putin. Far from a “reset” try, Washington’s hapless geopolitical strategists are desperately trying to find a better way to bring the Russian Bear to her knees.

A flash back to December 2014 is instructive to understand why the US Secretary of State holds out an apparent olive branch to Russia’s Putin at this juncture. US has Launched a New Assault Against Russia – The News Doctors. TND Guest Contributor: Petr Lvov | If someone had the impression that the visit of Secretary of State John Kerry to the town of Sochi, followed by negotiations with Victoria Nuland, his deputy in Moscow, could be regarded as first steps in the direction of normalization of US-Russian relations, they would be deeply mistaken. In short, Washington, particularly the Obama administration, is trying to solve its problems at the expense or rather with the help of Russia, to ensure the victory of Hillary Clinton in the upcoming elections.

However, the United States continues to apply pressure on Russia, using a variety of different strategies. Why the US is Finally Talking to Russia. - Advertisement - Reprinted from Sputnik Victoria Nuland Assistant Secretary State of Ukraine passes out cookies. (image by YouTube) License DMCA So a woman walks into a room... That's how quite a few jokes usually start. A joke? Give Peace A Chance.

- Advertisement - Peace !! Wishful thinking ! (image by CJS*64 A man with a camera) DMCA. Is President Putin the victim of yet another CIA-fabricated internet hoax — ‘Putin is Dead’? Looks like Obama may have outmaneuvered Putin, forcing him to overreach. Remember a couple weeks ago when McCain, FOX and the GOP were all saying "Obama misread Putin... and now we are paying a heavy price for it"? Well, looks like they were the ones misreading Putin. Won't be the first time Republicans got that wrong, is it Dubya?

McCain's recent attack on Obama's foreign policy was on March 4th. Power Play Behind Regime Change in Russia. - Advertisement - Kremlin On Fire, Putin's Chief Bodyguard Dead, Moscow Cops In Riot Gear (Video) Russian 'War Faction' Deposes Putin? Flag Missing Above Kremlin For 2nd Day (Video) (Before It's News) Flag of Russia over Kremlin is missing today? Russia Warns “State Of War” Exists As UK Nukes Prepare First Strike. “Cheney Gives The Orders, Not Obama!” US Official Rages At Kremlin. The CIA May Have Just Assassinated Boris Nemtsov In Moscow To Blame Putin (Videos) It Is Now Possible to Predict When Putin Will Attack the United States. (Before It's News) German leader, Angela Merkel is saying all the right things as she professes to be attempting to shore up western unity with regard to the crisis in Ukraine.

However, Merkel is caught between a rock and a hard place. Germany receives a substantial portion of its gas from Russia and the majority of that gas flows through Ukraine. Currently, there is no nation on the face of the planet, outside of Ukraine, that needs this crisis brought to a conclusion than Germany. And this crisis needs to be resolved, sooner rather than later. Page 2 of Article: On the Brink of WWIII, A Primer on Russian History. When today's pundits talk about Russia as the greatest threat since Hitler's Germany, it's time for a look at Russian history.

Is Peace or War at Hand? Russian “Shock Of March” Battle Plan Targets Norway, Saudi Arabia. Putin Strikes Back: Russia Cuts Off European Gas Supplies, Starts Selling Dollars: “The Decision Has Been Made” Putin Defies The West, Leads BRICS Alliance Away From NWO Reservation. Is Russia Anti-illuminati? Putin - Ace In The Hole - Changing The Rules. NPR Propagandizes Against Putin, for Regime-Change in Russia. China challenges US economic war against Russia.