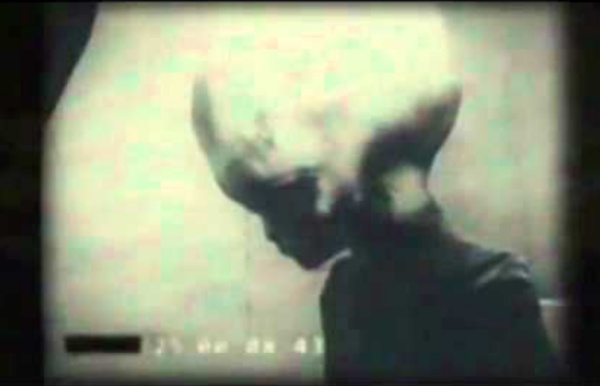 best alien footage 100% real A Report on the Motivations and Activities of Extraterrestrial Races According to Col Corso, the Grays were involved in agreements with the Eisenhower administration that military officials saw as a form of ‘negotiated surrender’, where the Grays gained permission for abducting civilians and ‘expanding’ their biological program. [21] Clifford Stone distinguishes between ‘good’ and ‘bad’ extraterrestrials, and refers to the Grays as part of the ‘bad guys’ committing egregious abductions and that the government is unsure how to disclose this to the general public: “The good guys [ETs] are, well, I like to refer to them as being nomadic. What you're talking about, about the non-intervention with other intelligent life forms is a universal law. The nomadics go along with that. The Grays are very active in human abductions, genetic experiments, monitoring humans through implants, mind control/programming, cloning and creation of hybrid humans. Tall Grays/Whites The short greys are overseen within their own ranks by the taller seven to eight foot tall greys.

Underwater Extraterrestrial Bases Discovered in Florida [FULL VIDEO] Marshall Vians Summers and the “Allies of Humanity” The “Allies of Humanity” is allegedly the creation of Marshal Vians Summers. Summers bills himself as the “one messenger of God.” His biography says little about himself in a lot of words, except that he spent a great deal of time allegedly alone in nature. Here is a page from Summers’ site if you want to read more of his claims. The purpose of the group appears to be to debunk and marginalize the work of sincere extraterrestrials and the spiritual hierarchy behind the events of 2012, endeavoring to make theirs an uphill battle. Summers and the Allies for Humanity issued The Declaration of Human Sovereignty, found at I tell myself some New World Order (NWO) hack sat down with The Declaration of Independence in one hand and memos of everything the NWO did to win global financial, military, and social domination of the planet in the other. Before I do, let me make a few contextual comments.

New UFO Crash Video in Antartctic !! 2013 Black Ops Whistleblower Exposes Alien Takeover Agenda It is time for the public to know the truth about the alien presence on our planet, what its overall goals are, and what we can do about it. The official policy of all governments has been to deny that extraterrestrial phenomenon even exists, but this is clearly nonsense given the overwhelming amount of leaked documentation, credible high-level testimonies, genuine experiences, and extensive research that proves otherwise. This is a topic that receives virtually no media attention or serious consideration by the majority of people. Yet the reality of advanced extraterrestrial life is one of the most profound realizations anyone can make. And it is one we must make if we are to continue serving as the preeminent stewards of this planet without losing our freedoms as a race. We cannot afford to be naive and ignorant any longer, for the magnitude of this situation becomes quite clear once you really see it for what it is. Schneider reveals the following bombshell revelations. 1. 2. 3. 4.

UFO Attack ! Filmed by NASA Apollo On Moon Analytics NEW 22/08/2013 Governments and Officials Admitting Aliens Are Real Before we get into the evidence, consider for a moment, that, if you were in charge of national defense, and then one day you discover the existence of extraterrestrials who can skate circles around all of your defense abilities with impunity, would you want the public to know how pathetic are your weapons against them? Of course not. As you will see, this is why world leaders have agreed many decades ago to keep this fact out of the public eye to the extent possible. Probably the most important things to see here are items "11)" and "13)", however all these items taken together paint a very interesting picture: 1) Former Canadian Defense Minister Admits Government Contact With Aliens: - 2) Government of Mexico Admits Aliens Are Real - 3) NASA Astronaut Says Aliens Are Real and Government Knows It: - "DEATHBED CONFESSION of Top Secret Government Agent" -

UFO Brasil 05/02/2013 Anjo no céu Blue Beam ufo Humanoid galactic history Mankind is not the only intelligent species in this galaxy, and neither are we the only humanoid civilisation. Even within our immediate galactic neighbourhood, there are several humanoid races. Most of them are physical; some are not. Most of these races have visited the Earth. Some of them still do, and even have bases on Earth. Some alien humanoid races also played an important part in the history of Earth and of mankind. The most important humanoid civilisations can be found in the Star Systems of Lyra, Vega, Sirius, Orion, the Pleiades, and Andromeda. If we dramatically simplify things, we could say that the spread of mankind through this part of the galaxy, over millions of years, happened in seven consecutive waves of colonisations. 1. 2. 3. 4. 5. 6. 7. Read Earth's Galactic History to find out what happened on Earth, and Galactic Wars and Orion Wars to find out how things went elsewhere in our galaxy. This topic was copied from the HyperBase and is likely to be revised.