Erdogan to appoint new Turkish PM 'rapidly' «Jet russo viola spazio aereo turco» The Palestinian Authority's plan to dismantle itself. Palestinian Authority President Mahmoud Abbas listens as US Secretary of State John Kerry answers a question in regard to the current situation in the area during their meeting in the West Bank city of Ramallah, Nov. 24, 2015. 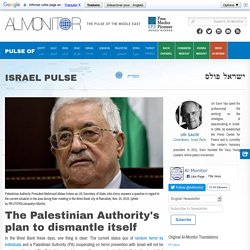 (photo by REUTERS/Jacquelyn Martin) Author: Uri Savir Posted January 6, 2016 In the West Bank these days, one thing is clear: The current status quo of random terror by individuals and a Palestinian Authority (PA) cooperating on terror prevention with Israel will not be maintained for long. The Palestinian street buzzes with rumors about a third intifada, the downfall of President Mahmoud Abbas and the collapse of the PA. All this speculation is grounded in realistic analysis of where the current Palestinian despair may lead. Russia, Turkey and the rise of the Islamic State. Turkey concluded its biggest investigation to date into Islamic State (IS) operatives on its territory on Friday, and blacklisted 67 people. 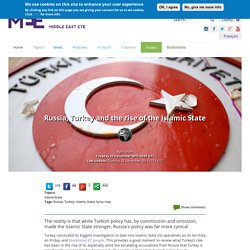 Russia and Turkey accuse each other of buying oil from the Islamic State. A protester holds a poster that depicts Russian President Vladimir Putin and reads "Putin, killer! 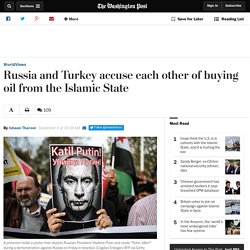 " during a demonstration against Russia on Friday in Istanbul. (Cagdas Erdogan/AFP via Getty Images) The war of words between Moscow and Ankara took a new turn early this week in the wake of Turkey's Nov. 24 downing of a Russian jet that had flown briefly into Turkish airspace during a sortie in Syria. Russian President Vladimir Putin and his Turkish counterpart, Recep Tayyip Erdogan, traded accusations on the sidelines of the Paris climate summit. 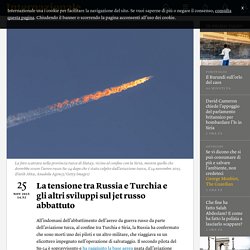 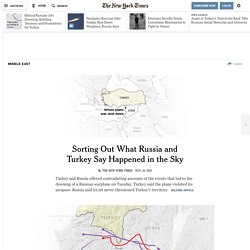 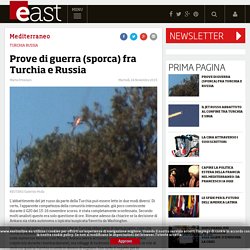 If Hurriyet's summary is correct, seems Turks told Russians on Friday what even the tiniest violation would provoke. Turkey downed fighter jet within the rules of engagement: Erdoğan - MIDEAST. Turkish President Recep Tayyip Erdoğan has said that Turkey has interfered in one of the two Russian jets which violated the Turkish air space within the rules of engagement, adding that Turkey did not bear enmity for its neighbors. 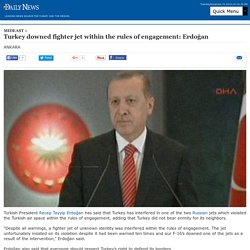 “Despite all warnings, a fighter jet of unknown identity was interfered within the rules of engagement. The jet unfortunately insisted on its violation despite it had been warned ten times and our F-16’s downed one of the jets as a result of the intervention,” Erdoğan said. Erdoğan also said that everyone should respect Turkey’s right to defend its borders. “Everyone should respect Turkey’s right to defend its own borders. Turkey sincerely supports opposition groups in Syria,” Erdoğan said, adding that no one should doubt that Turkey put all efforts to avert today’s incident.

Erdoğan expressed his concern over the attacks targeting Turkmens. “We strongly condemn attacks focusing on the places where Bayırbucak Turkmens live. Inner City Press: Investigative Reporting from the United Nations. UNITED NATIONS, November 24 -- After Turkey down a Russian jet, it wrote a letter to the Security Council on November 24 but did not ask for a Council meeting. 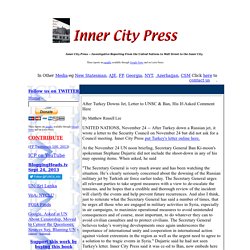 Inner City Press put Turkey's letter online here. At the November 24 UN noon briefing, Secretary General Ban Ki-moon's spokesman Stephane Dujarric did not include the shoot-down in any of his may opening items. When asked, he said "The Secretary General is very much aware and has been watching the situation.