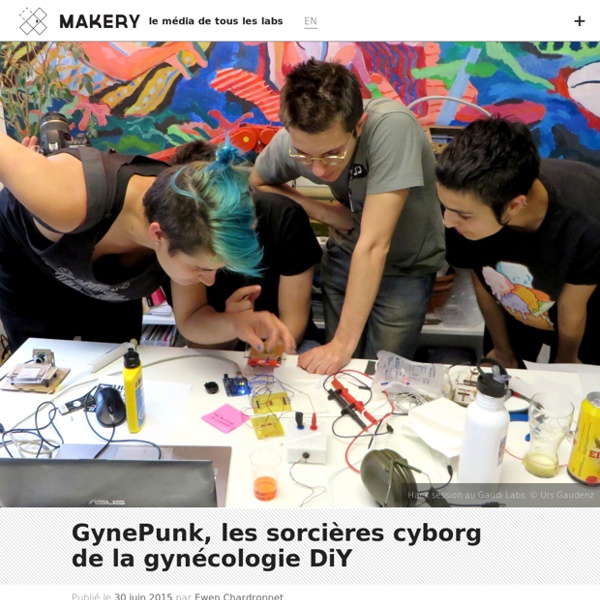 What It's Like to Date As a Demisexual I grew up assuming that I was "normal." I thought that other people were like me and that I was like them. As I got older, though, I realized that something just wasn't quite right. I felt different about crushes and relationships than people around me. I didn't understand other girls' obsessions with celebrities. #OPENSOURCE - #LOWCOST - appropedia - Open source centrifuges Open source scientific hardware is open source hardware used by scientists to do research or for education. This gallery and associated sub-pages are an extension of the book the Open Source Lab, which is about how to make scientific equipment following open source principles. Click on the hyperlinks under the images to go to pages with hundreds of examples.

Prudish. Flirty. Whore. Proper. Cheeky. 5 Ways People Police Women Who Dress “Immodestly” Originally published on Feminspire and cross-posted here with their permission. This morning, as I ventured onto Facebook to see if anything interesting had happened during the night hours, I noticed a picture that a relative had posted. It had a little piggy on it, and generally I like little piggies, so I clicked on it. Then I saw what the picture says (it was one of those e-cards that no one actually emails to each other anymore). “Dear Girls, Dressing immodestly is like rolling around in manure. You’ll get attention but mostly from pigs. From Witches to Dolphins, These Are the Communities That Make Mastodon Great - Motherboard Mastodon is a decentralized, free and open source version of Twitter. Unlike its many alternative social network predecessors, it's very usable—no wonder then that its userbase is accelerating quickly. The "decentralized" bit means that Mastodon is fractured into multiple federated instances. In 2017, perhaps the best way to understand it is that it's a little like Slack. You know how you have a separate account for each Slack group you're in? Now imagine that all your Slacks can also talk to each other.

An Impressive List of Female Authors from Antiquity I received a link to the following in an email from my undergraduate poetry teacher the amazing poet and translator Olga Broumas. The post is on tumblr on a page by DiasporaChic, bit the original author who has already won my admiration is Terpsikeraunos. As usual, just when I thought I knew something, someone comes along to disabuse me of my pretensions! Aesara of Lucania: “Only a fragment survives of Aesara of Lucania’s Book on Human Nature, but it provides a key to understanding the philosophies of Phintys, Perictione, and Theano II as well.

Is It OK to Hex a Nazi? How Anti-Fascist Witches Are Mobilizing Under Trump In the days after Trump's inauguration, after the outspoken white supremacist Richard Spencer was punched on camera, the media became entangled in a passionate ethical debate: Is it ever OK to punch a Nazi? several news outlets pondered. Around the same time, I was sent a Google Doc containing a poetic manifesto written by a mysterious group of anti-fascist witches called the Yerbamala Collective (YMC) that seemed to raise a similar question: Is it ever OK to curse a Nazi?