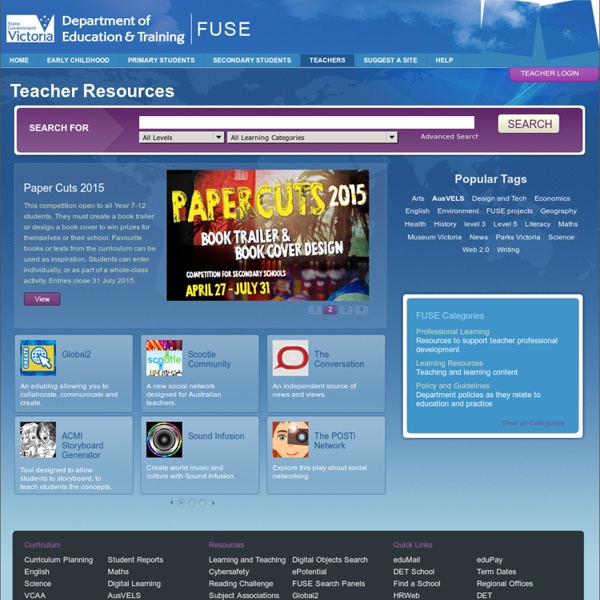 What is global education? The heart of global education is enabling young people to participate in shaping a better, shared future for the world. Global education emphasises the unity and interdependence of human society, developing a sense of self and appreciation of cultural diversity, affirmation of social justice and human rights, as well as building peace and actions for a sustainable future in different times and places. Global education promotes positive values and assists students to take responsibility for their actions and to see themselves as global citizens who can contribute to a more peaceful, just and sustainable world. Australian global educators place particular emphasis on developing relationships with our neighbours in the Asia–Pacific and Indian Ocean regions. Global Perspectives, A framework for global education in Australian schools is a concise, practical and philosophical guide to including a global perspective across the curriculum.

Teacher Toolkit Loaded: 0% Progress: 0% By the end of this tutorial, you’ll be familiar with the major features of Gooru. How to convert a PDF file to Word, Excel or JPG format One common question I’ve gotten a lot these days is how to convert a PDF file to Microsoft Word format (doc), Excel format (xls), or JPG picture format. Usually, people want to know how to convert a file to PDF, but it’s also nice to be able to convert back the other way. There are multiple ways to get your PDF file into any of these three formats, but I’m going to stick with the easiest methods that require the least amount of software. You can pretty much do all of the conversions online these days using free tools. Convert PDF to JPG – Online Tools

The spread of people to Australia Archaeological evidence shows that modern humans had reached South-east Asia by 70,000 years ago and that they had spread to Australia by at least 50,000 years ago. Photographer: Christopher Langeluddecke © Australian Museum Business Services Origins of the First Australians The viewpoints about the origins of these peoples are entangled with the wider debate regarding the origins of all modern humans. The two main viewpoints are: The ‘Out of Africa’ model Answering What Is a Fairy Tale? AS any one who has picked up a copy of Grimms, Perrault, Andersen, or countless other fairy tale collections will know, most fairy tales do not have any fairies in them at all. So some of the most frequently asked questions are: "What is a fairy tale, anyway?" and "Why are they called fairy tales?"

Virtual Teacher Australian History Trove Pictures of Australia Take a look at the Picture Australia site. 125 Great Science Videos: From Astronomy to Physics & Psychology Astronomy & Space Travel A Brief, Wondrous Tour of Earth (From Outer Space) - Video - Recorded from August to October, 2011 at the International Space Station, this HD footage offers a brilliant tour of our planet and stunning views of the aurora borealis.A Universe from Nothing - Video - In 53 minutes, theoretical physicist Lawrence Krauss answers some big enchilada questions, including how the universe came from nothing.A Year of the Moon in 2.5 Minutes - Video - The Lunar Reconnaissance Orbiter has been orbiting the moon for over a year. The footage gets compressed into 2 slick minutes.A Day on Earth (as Seen From Space) - Video - Astronaut Don Pettit trained his camera on planet Earth, took a photo once every 15 seconds, and then created a brilliant time-lapse film.Atlantis's Final Landing at Kennedy Space Center - Video - After more than 30 years, the space shuttle era comes to a close. Video runs 30 minutes.

Australian Explorers and Exploration Home Search Site Contact Us Site Map Our FREE ebooks Help to download and convert files on this site NZ Curriculum Online Teaching as inquiry is a fundamental part of ensuring success for all the students in your class. Here you will find ideas, resources and tools to support your inquiry journey, as well as school stories to help provide inspiration and promote discussion. This resource is presented in a way that will suit you if you are new to the inquiry process, or if you have experienced it before. The resource gives you the option to look at what is most relevant to you, revisit for more information, and be challenged by new ideas. Teaching as inquiry-FAQsThis supporting blog post takes a closer look at teaching as inquiry, answering five commonly asked questions.

Creator Processing ... Personal $ Svg $20 ✓ Up to $75 merchandises for personal use. Explorers of Australia James Cook (October 27, 1728- February 14, 1779) was a British explorer and astronomer who went on many expeditions to the Pacific Ocean, Antarctic, Arctic, and around the world. Cook's first journey was from 1768 to 1771, when he sailed to Tahiti in order to observe Venus as it passed between the Earth and the Sun (in order to try to determine the distance between the Earth and the Sun). During this expedition, he also mapped New Zealand and eastern Australia. Cook's second expedition (1772-1775) took him to Antarctica and to Easter Island. Cook's last expedition (1776-1779) was a search for a Northwest Passage across North America to Asia.