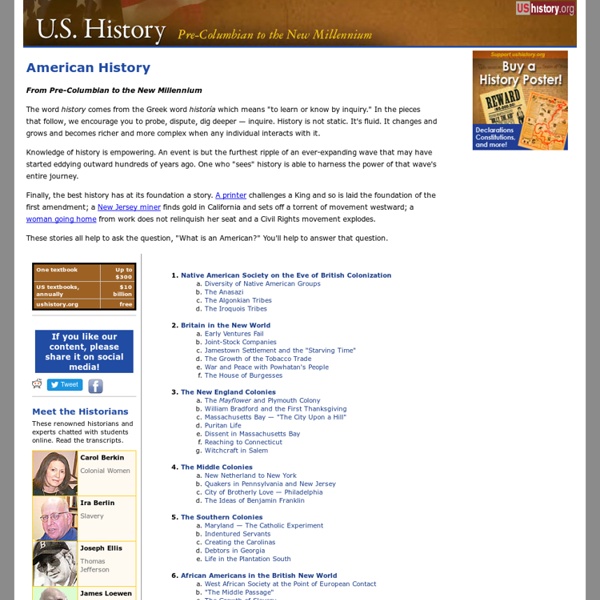 UH - Digital History Current Events « World History Review While viewing this TED Talk by Mike Rowe (“Dirty Jobs” host on the Discovery Channel) I could not help but think of the Hindu (& related) philosophies. Traditional Hinduism places great emphasis on people living their lives within groups that they were born within. These groups, or Castes, can be further subdivided into specific occupations: Teacher, Mortician, Domestics, etc. In the Western World, we think of these traditions as uncivilized, primitive, demeaning, misogynistic, abusive, etc. South Asia, home of the Hindu philosophy, has been one of the most-invaded places on Earth. The turmoil generated by events such as this has brought down great civilizations in the past (Babylonia, Persians, Graeco-Macedonian, Roman, Ottomans, Han Dynasty, and on and on…) and continue to change the map of nations today (Central Africa, Former Soviet Union, Armenia, Iraq, Afghanistan, and on and on…). Mike Rowe’s talk made me think of all this. Yes, it is true: History teachers have no social life.

History of the United States When to date the start of the history of the United States is debated among historians. Older textbooks start with the arrival of Christopher Columbus in 1492 and emphasize the European background, or they start in 1600 and emphasize the American frontier. In recent decades American schools and universities typically have shifted back in time to include more on the colonial period and much more on the prehistory of the Native peoples.[1][2] Indigenous peoples lived in what is now the United States for thousands of years and developed complex cultures before European colonists began to arrive, mostly from England, after 1600. Pre-Columbian era[edit] It is not definitively known how or when the Native Americans first settled the Americas and the present-day United States. Colonial period[edit] Spanish, Dutch, and French colonization[edit] European territorial claims in North America, c. 1750 France Great Britain Spain

A Brief History of Jim Crow “I can ride in first-class cars on the railroads and in the streets,” wrote journalist T. McCants Stewart. “I can stop in and drink a glass of soda and be more politely waited upon than in some parts of New England.” Perhaps Stewart’s comments don’t seem newsworthy. Stewart had decided to tour the South because he feared for freedmen’s liberties. After a few weeks on the road, Stewart decided they would. Stewart was wrong. “Jim Crow” was a derisive slang term for a black man. In 1890, in spite of its 16 black members, the Louisiana General Assembly passed a law to prevent black and white people from riding together on railroads. Two years later, the court seemed to seal the fate of black Americans when it upheld a Mississippi law designed to deny black men the vote. Jim Crow laws touched every part of life. In Richmond, one could not live on a street unless most of the residents were people one could marry. More than 360,000 black men served in World War I. For Discussion and Writing

Silverites, Populists, and the Movement for Free Silver Gold bugs v. Silverites Political battles over currency issues became intensely divisive during the last quarter of the 19th century as industrialization accelerated in the Northeast, while the South and newly settled areas of the Midwest remained dependent on farming. From 1873 through the late 1890s, the U.S. suffered through two major economic depressions that heightened sectional and class conflict. By the 1896 election, designated by historian Walter Dean Burnham as “the first confrontation . . . among organized political forces over industrial capitalism,” positions on currency had solidified into a “battle of the standards.” Farmers for Free Silver Congress had discontinued the minting of silver coins in 1873 in an act that came to be known as the “Crime of ’73.” Advocates for inflating the money supply ranged from those who proposed that the federal government print paper money not backed by either gold or silver to those who called for the remonetization of silver.

American Revolution History - American Revolution For more than a decade before the outbreak of the American Revolution in 1775, tensions had been building between colonists and the British authorities. Attempts by the British government to raise revenue by taxing the colonies (notably the Stamp Act of 1765, the Townshend Tariffs of 1767 and the Tea Act of 1773) met with heated protest among many colonists, who resented their lack of representation in Parliament and demanded the same rights as other British subjects. Colonial resistance led to violence in 1770, when British soldiers opened fire on a mob of colonists, killing five men in what was known as the Boston Massacre. After December 1773, when a band of Bostonians dressed as Mohawk Indians boarded British ships and dumped 342 chests of tea into Boston Harbor, an outraged Parliament passed a series of measures (known as the Intolerable, or Coercive Acts) designed to reassert imperial authority in Massachusetts.