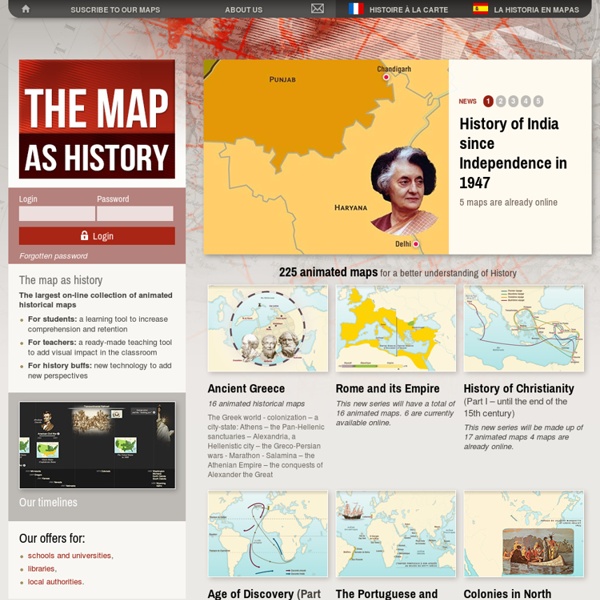 World War II and the Holocaust The Holocaust was the state-sponsored, systematic persecution and annihilation of European Jewry by Nazi Germany and its collaborators, between 1933 and 1945. Jews were the primary victims - six million were murdered. Roma (Gypsies), physically and mentally disabled people and Poles were also targeted for destruction or decimation for racial, ethnic, or national reasons. Millions more, including homosexuals, Jehovah's Witnesses, Soviet prisoners of war, and political dissidents also suffered grievous oppression and death under Nazi tyranny. The Nazi Party came to power in Germany in 1933. The Nazis believed that Germans were members of a biologically "superior" race threatened with extinction through the struggle for survival with "inferior" races. Adolf Hitler moved to extend German power in central Europe, annexing Austria and destroying Czechoslovakia in 1938-1939. Germany invaded Poland in September 1939, beginning World War II. In June 1941, Germany attacked the Soviet Union.

Like Modern Civilization? Thank War If history always felt a little made up and you wished there were more sharply-defined quantitative predictions that could be tested empirically, you are in luck. A new mathematical method has done just that. An trans-disciplinary team tackled a way to mathematically determine how human societies evolve from small groups to the huge, anonymous and complex societies of today. They determined that intense warfare is the evolutionary driver of large complex societies. Simulated within a realistic landscape of the Afro-Eurasian landmass during 1,500 BC to 1,500 AD, their mathematical model was tested against the historical record. These are Mongol horsemen. The study focuses on the interaction of ecology and geography as well as the spread of military innovations and predicts that selection for ultra-social institutions that allow for cooperation in huge groups of genetically unrelated individuals and large-scale complex states, is greater where warfare is more intense.

100 Years of Conflict We compiled this piece to explain the key global events of the last 100 years to coincide with the centenary of World War One. We’ve used a variety of graphics, timelines and data visualisations to explain the chain link of events that lead us to global politics as they are today. If you want to make further suggestions on what we can work in, let us know on the comments. By 1914 Europe was divided by two major Alliance systems: The Triple Alliance between Germany, Austria Hungary and Italy and the Triple Entente, between France, Russia and Great Britain. Heir to the Austro-Hungarian throne Archduke Franz Ferdinand was assassinated in Sarajevo by Gavrilo Princip on 28th June 1914. World War One Western Front Battle Timeline While fighting in World War One spanned continents, the longest action was to be seen on the Western Front where trench warfare led to a grinding stalemate. The Costs of World War One Political Consequences of World War One The Rise of Extremism The Nuclear Arms Race

Ukraine Separatists Rewrite History of 1930s Famine Photo DONETSK, Ukraine — Yevdokiya was still a young girl, her nephew recalled, when the neighbors invited her over for a social occasion of some sort. This was during the great famine of 1933, he said, and her family became alarmed when she failed to return. She never did come home, said the nephew, Aleksandr S. Traditionally, Ukrainian historians have characterized the famine as a genocide, the direct result of Stalin’s forced collectivization and the Soviet government’s requisitioning of grain for export abroad, leaving Ukraine short — and its borders sealed shut. But that is not what students in southeastern Ukraine are learning this year. Even Mr. Ukraine’s 20th-century history is steeped in blood. Natalia S. “History doesn’t change,” Ms. At School No. 14 in Donetsk where she teaches, students are being taught jarringly different lessons about some of their country’s darkest and most contentious periods in the 20th century. And history is hardly academic these days in Donetsk. Mr.

Ancient World Cultures Yuan Dynasty (1271–1368) During the Yuan dynasty, China—for the first time in its long history—was completely subjugated by foreign conquerors and became part of a larger political entity, the vast Mongol empire. Ironically, during this century of alien occupation, Chinese culture not only survived but was reinvigorated. Lacking experience in the administration of a complex empire, the Mongols gradually adopted Chinese political and cultural models. Ruling from their capital in Dadu (also known as Khanbalik; now Beijing), the Mongol Khans increasingly assumed the role of Chinese emperors. In spite of the gradual assimilation of Yuan monarchs, the Mongol conquest imposed a harsh new political reality upon China.

World War I Timeline Timelines are one of our favorite history tools and an important element of the Layers of Learning curriculum. Here are some WWI events to add to a timeline. You may find more from your reading. You can put the timeline squares on a wall or in a notebook. And here is the set of printable World War I Timeline squares. A Little History Also known as the Great War and the War to End All Wars (sure wish that had worked out), the First World War changed everything. It had absolutely nothing to do with America, yet America fought in it and emerged the world leader. This is a painting by artists Wilie Stower of the Battle of Dogger Bank, 1915. WWI started because of European leaders’ posturing for power. On the Web I found a whole series of great printable resources for World War I here. And here is an excellent animated map of the Western Front from the BBC. This is a map of the Western Front in 1914. Library List from DK , World War I: A Primary Source History , Going to War in World War I by L.M.

No. 2 | Timothy May: The Mongol Empire in World History World History and the Mongols An empire arose in the steppes of Mongolia in the thirteenth century that forever changed the map of the world, opened intercontinental trade, spawned new nations, changed the course of leadership in two religions, and impacted history indirectly in a myriad of other ways. At its height, the Mongol Empire was the largest contiguous empire in history, stretching from the Sea of Japan to the Carpathian Mountains. Although its impact on Eurasia during the thirteenth and fourteenth centuries was enormous, the Mongol Empire's influence on the rest of the world—particularly its legacy—should not be ignored. Brief History The formation of the Mongol Empire was a slow and arduous process, beginning with the unification of the Mongol and Turkic tribes that dwelt in the Mongolian steppes. Temüjin unified the tribes of Mongolia by 1206 into a single supra-tribe known as the Khamag Mongol Ulus or the All Mongol State. Expansion of the Mongol Empire Geography

Medieval City Careers What did people do in the Middle Ages? If you meet a random person on the street, what is his likely occupation? Or did people work at all? Were the Middle Ages some Communist utopia, where everybody laid around all day and things were magically produced by fairies? Of course not. In the following list, I have made a link to the online version of Webster's Dictionary, so you can find out what things are. Is there something on this page you'd like to see that isn't here? Open Questions This site gets me a fair few questions via email, many of which I can just answer. currently none! If you can answer any of these, or even have some clues, mail me. Governmental Occupations These are the people who run things. bailiff - the man who makes arrests and executions. Military Occupations Who keeps the country safe from encroaching enemies and wild monsters? Criminal Occupations Wherever there is society, there are criminals. Religious Occupations Priests are relatively common in role playing games.

Encyclopædia Iranica | Home Myths About the Middle Ages When you think of the Middle Ages, chances are you picture gallant knights sitting astride brilliant destriers galloping through a sea of plagues, ignorance, and filth. And you can hardly be blamed for that, when everything from the movies you watch to your high school history teacher (who was mainly the football coach) has told you that ... #6. Scientific Progress Was Dead Getty The Myth: They call it the Dark Ages for a reason. Getty"No, we can't cross the ocean there, don't you see that sea monster in the way?" The Reality: Aside from the fact that, as we've already explained, most people in the Middle Ages did not think the Earth was flat, the church wasn't responsible for killing science -- to the contrary, it was largely responsible for saving it. After the barbarians invaded Europe and Rome went the way of the dinosaurs, the Catholic church was the last remaining aspect of Roman culture in Western Europe. SjuPfft, like people are going to want to learn a whole other set of characters.