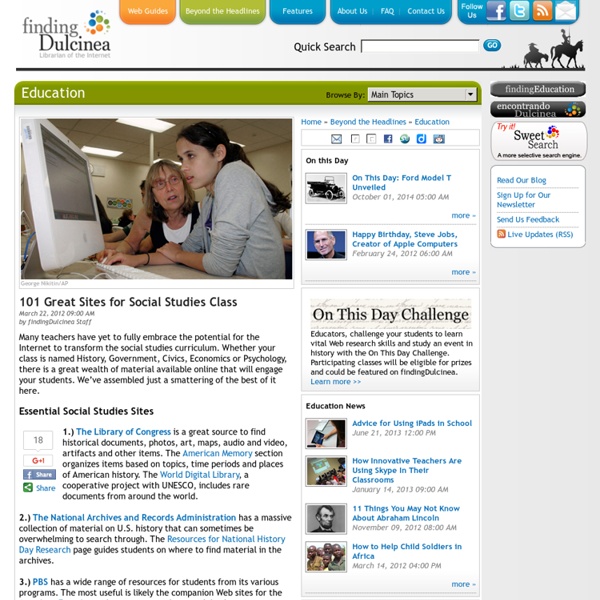 1.) The Library of Congress is a great source to find historical documents, photos, art, maps, audio and video, artifacts and other items. The American Memory section organizes items based on topics, time periods and places of American history. The World Digital Library, a cooperative project with UNESCO, includes rare documents from around the world. 2.) The National Archives and Records Administration has a massive collection of material on U.S. history that can sometimes be overwhelming to search through. 3.) 3.1) EDSITEment "offers a treasure trove for teachers, students, and parents searching for high-quality material on the Internet in the subject areas of literature and language arts, foreign languages, art and culture, and history and social studies."

Hiroshima after the Atomic Bomb (3 of 5) by Harbert F Austin Jr The eight islands of Japan sprang into existence through Divine Intervention. The first two gods who came into existence were Izanagi no Mikoto and Izanami no Mikoto, the Exalted Male and Exalted Female. It was their job to make the land for people to live on.

Walk through the Continents - Print Maps Large and Small - Free Print free maps large or small; from 1 page to almost 7 feet across; PC or Mac. For classroom and student use. MegaMaps requires Adobe Flash. Free online software—no downloading or installation. Print out maps in a variety of sizes, from a single sheet of paper to a map almost 7 feet across, using an ordinary printer.

Four Skills to Teach Students In the First Five Days of School Jane Mount/MindShift The first few days of school are a vital time to set the right tone for the rest of the year. Many teachers focus on important things like getting to know their students, building relationships and making sure students know what the classroom procedures will be. AP* United States History - Key Terms, Outlines, Sample Tests Are you tired of using the same old textbook, but your school budget makes it impossible to even consider a new book adoption? Are you looking to productively take advantage of the myriad of online resources? For less than the cost of one classroom textbook, you can purchase for ALL OF YOUR STUDENTS the most up to date world history book on the market. Our World's Story shares not only the most critical tales, turning points and traditions of world history, but also includes the major issues facing the world in 2013. Taken with this comprehensive collection of PowerPoints, documentaries, lesson plans and sample video lectures, Our World's Story is a truly transformative way of bringing history to your classroom..

Maps Maps This group of interactive whiteboard resources utilises a number of maps that have passed into the public domain due to their age. When the map appears there is a green box in the top left. Drag this to the point on the map that you wish to zoom into.

6 Things the Most Productive People Do Every Day Ever feel like you’re just not getting enough done? Know how many days per week you’re actually productive? About 3: Political Cartoons Illustrating Progressivism and the Election of 1912 Background The Progressive Era, as the period in history at the turn of the 20th century has come to be known, was a time of tremendous social, economic, and political changes, and the presidential election of 1912 typified the reform spirit of the period. Beginning in the late 1800s with the challenge to the "spoils system" of machine politics, progressivism gathered momentum between 1900 and 1916, as the desire for reform permeated the minds of the American people. Reformers themselves were a diverse group, frequently with different views, but always the same general purpose-- to reform America. Among them were politicians, labor leaders, religious leaders, and teachers, men and women who believed the federal government needed to address the ills of a modern industrialized society.