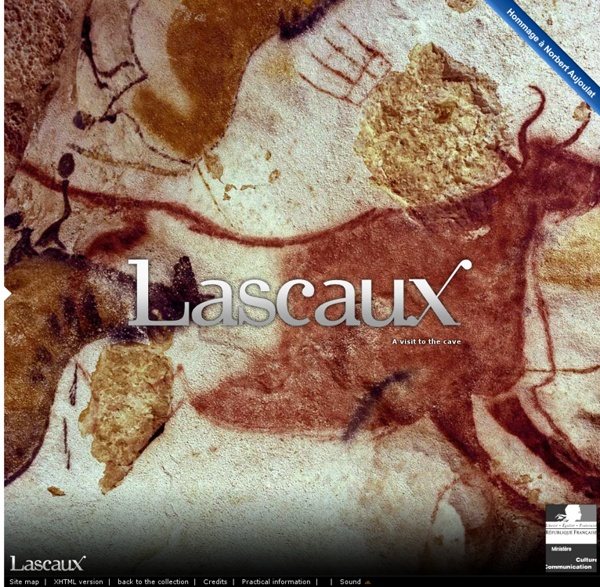 Free Art Teaching Resources This page contains some useful resources and links to help teachers in their art teaching. You will basically be directed to websites where you can find art materials, videos, printables, worksheets, activities, games, and many other teaching ideas that are art informed. 1- Songs for Teaching Rome Reborn Mission Rome Reborn is an international initiative whose goal is the creation of 3D digital models illustrating the urban development of ancient Rome from the first settlement in the late Bronze Age (ca. 1000 B.C.) to the depopulation of the city in the early Middle Ages (ca. A.D. 550). With the advice of an international Scientific Advisory Committee, the leaders of the project decided that A.D. 320 was the best moment in time to begin the work of modeling.

The Elements & Principles of Design Icons These are handouts that I created for my practicum in visual arts this fall. I had the chance to teach the elements & principles unit for grade 9 and 10 and faced the challenge of trying to make these terms easily accessible for a range of students. I found that by going though each element and principle with examples from art history, and then applying this in a studio session, the students got the concepts. The problem was then being able to remember them all. free archive The Royal Society continues to support scientific discovery by allowing free access to more than 250 years of leading research. From October 2011, our world-famous journal archive - comprising more than 69,000 articles - will be opened up and all articles more than 70 years old will be made permanently free to access. The Royal Society is the world's oldest scientific publisher and, as such, our archive is the most comprehensive in science.

Visual Arts K-6 skip to global navigation | skip to secondary navigation | skip to content | accessibility statement NSW Department of Education and Communities Visual Arts K-6 Marcus Aurelius Roman Emperor and philosopher Marcus Aurelius ( or ;[1] Latin: Marcus Aurelius Antoninus Augustus; 26 April 121 – 17 March 180) was a Roman emperor from 161 to 180 and a Stoic philosopher. He was the last of the rulers known as the Five Good Emperors (a term coined some centuries later by Niccolò Machiavelli), and the last emperor of the Pax Romana, an age of relative peace and stability for the Roman Empire.

w - What to draw: a list I’ve been thinking a lot about drawing these days, and a lot of it is spent wondering about what to draw (raise your hand if you feel the same way!) So I did what an organized person would do – I made a list. At first I hit 50. Then 80. Ancient Egyptian scripts (hieroglyphs, hieratic and demotic) Origins of Egyptian Hieroglyphs The ancient Egyptians believed that writing was invented by the god Thoth and called their hieroglyphic script "mdju netjer" ("words of the gods"). The word hieroglyph comes from the Greek hieros (sacred) plus glypho (inscriptions) and was first used by Clement of Alexandria. The earliest known examples of writing in Egypt have been dated to 3,400 BC. The latest dated inscription in hieroglyphs was made on the gate post of a temple at Philae in 396 AD.

Picture Composition : Design Your Painting An attractive painting is almost always a painting with good picture composition. A well-designed painting or drawing grabs your attention from a distance—even before you can see the details. In comparison, a weak composition is less visually appealing at any range. Good composition in a painting results in a harmony of shapes, colors, and values. The viewer's eyes stay interested long enough to take it all in, rather than becoming bored and wandering off.