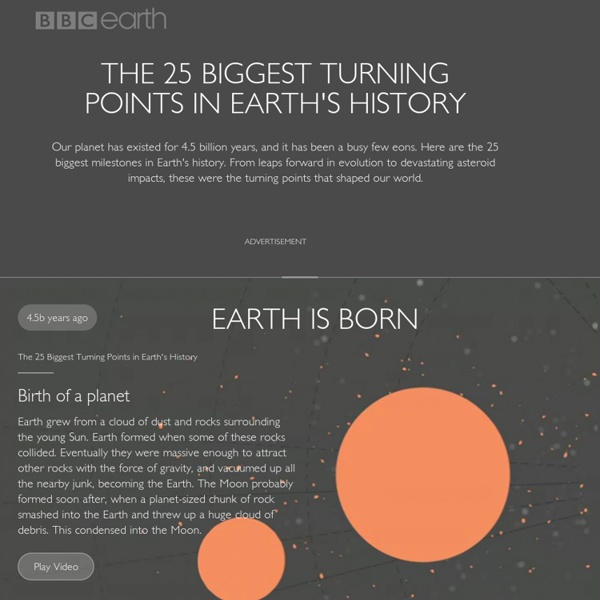 Related:  Cool sites & links • Didattica Informale & Divulgazione • The Only Earth We Have

The 100 Best, Most Interesting Blogs and Websites of 2014 Editor’s note: 2015’s list of the best, most interesting websites has arrived! The video above is a sampling from that list. Welcome to the most awesome blog post you’re going to see all year. Yep, it’s the third installment in the super-popular annual series in which I document the sites I think you’ll want to spend a lot of time on in the coming year (below you’ll find a few highlights from recent years in case you missed out). I have one major rule: a site can only appear on this list once, so there are never any duplicates. There’s more to this article!

19 Places That Actually Exist In Australia Rememble Bomb Facts: How Nuclear Weapons are Made Bomb Facts: How Nuclear Weapons are Made A. Plutonium The world's first nuclear explosion was achieved with plutonium, a man-made element produced in nuclear reactors. Plutonium is created when an atom of uranium-238 absorbs a neutron and becomes plutonium-239. The reactor generates the neutrons in a controlled chain reaction. (a) Plutonium needed to make a bomb: - 4 kilograms: Weight of a solid sphere of plutonium just large enough to achieve a critical mass with a beryllium reflector. (b) Plutonium generated by various reactors: (c) Estimated amount of heavy water needed for a small reactor used to make nuclear weapons: - 19 metric tons: India's 40 megawatt (thermal) Cirus reactor. - More than 36 metric tons: Israel's more than 100 megawatt (thermal) Dimona reactor. - 78 metric tons: India's 100 megawatt (thermal) Dhruva reactor. B. The world's second nuclear explosion was achieved with uranium-235. (a) Uranium-235 needed to make a bomb: (b) Various methods used to enrich uranium: France

GEEKtyper.com 10 Online Learning Tools for Students MakeUseOf.com When I was in elementary school I was very annoyed by all this studying. But my idea and hope was that once I was done with school, I would also be done learning. I couldn’t wait. Thus I was rather irritated when I heard that my dad had to complete training for his job to learn new things. Some 20 years later I’m still a student and I know I’ll never get done learning. 1. Dynamic Periodic Table This periodic table helps in keeping elements apart. Periodic Table of the Elements This periodic table is more compact than the previous one and it’s great for a quick summary for each element. 2. Foldit Foldit is not really a tool you’ll need for your everyday biology class. Simon has reviewed the tool in detail in his article Foldit – Solve Puzzles for Science. 3. Mathway This is an online tool that will help solve your maths challenges. Varun previously wrote about Mathway – A Step By Step Mathematics Problems Solver. SpeedCrunch (Windows, Mac, Linux) 4. LiveMocha VerbaLearn 5. wePapers

OurTimeLines.com - Home Page Free Stock Images & Videos ~ AllTheFreeStock.com Design a classical spectrograph This spectrograph is typical for studies fines structures in stellar spectra, like variations in line spectral profile of Be stars for example. A good target is to determine gas movements in these stars' circumstellar disk with a precision of some 20 to 100 km/s, using the H-alpha spectral line at 6563 angströms. In Be stars, radial velocities of several hundreds of km/s are often observed. To this end the spectrograph's resolution power R should be: R = l/dl = c/dv where c is the velocity of light (c = 3.105 km/s). We need almost for this studies : R = 3.105 / 100 = 3000, or a spectral purity (i.e. spectral resolution) of dl = 6563 / 3000 = 2.2 A minimum. Note that if R<1000 the spectrograph is said to be of low resolution. Our spectrograph should be compact enough that it can be mounted on the telescope itself, thus avoiding the transmission losses implied by an optical fiber, a well known source of efficiency losses. The R3000 spectrograph's optical scheme. To summarize we have :

Scientists on 'Sixth Extinction' ... Say It Could Kill Us Even conservative calculations show the world is in the midst of a sixth mass extinction that's being caused by our species — and is likely to lead to humanity's demise if unchecked, scientists reported Friday. The scientists' analysis, published in the open-access journal Science Advances, follows up on more than a decade's worth of warnings about a rapid loss of global biodiversity. Many experts say the loss has risen to the scale seen during five previous global extinction events — the most recent of which occurred 65 million years ago when the dinosaurs died off. The claims provide the theme of Elizabeth Kolbert's Pulitzer Prize-winning book, "The Sixth Extinction." Related: Extinction Could Get Worse by 2200, Scientists Say Based on those figures, the extinction rate since 1900 has been eight to 100 times higher than the expected background rate, the researchers said. Flash Interactive: See When Species Rose and Fell Related: Pope Francis Urges Revolution to Save Earth

Related:  Our History
Related:  Cool sites & links   -  Didattica Informale & Divulgazione   -  The Only Earth We Have