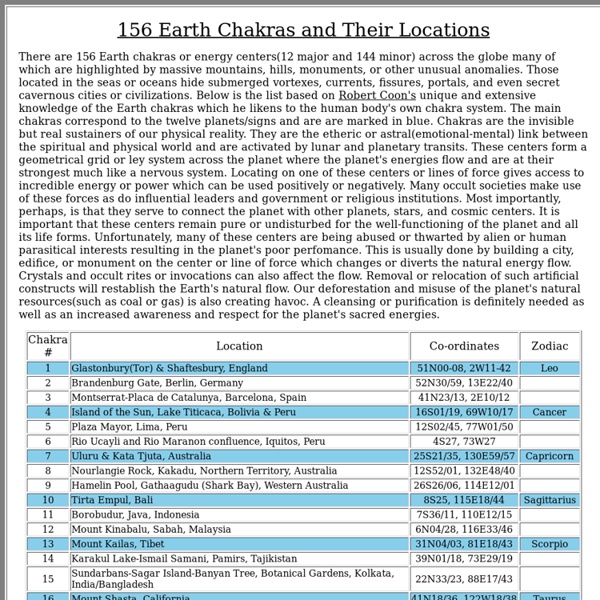 PYRAMID GRID The European Pyramid grid an unsuspected synchronicity Ever since my discovery of the fact that there are indeed ancient pyramids in Europe – long known ones as well as recently discovered ones – I tried to find a pattern or template for their positions within the so-called world energy grids. Neither one of those energy grids seemed to fit for all of the European pyramids. Some pyramid locations would fit into the Hartmann and Curry grids, others into the Flower of Life template and none of them of course into the so called “pyramid belt" of the 23rd latitude. After I checked all the above mentioned theories, I stumbled over a rather strange map of energy lines: the “Synchronic Lines" discovered by the Damanhur society of Valchiusella in Italy. “The Synchronic Lines" Map The "Dragon Lines" lines discovered by the Damanhur Society This map shows no straight lines, but lines with crooked bends, 90° turns and even extensions to either side. Coincidence - Synchronicity

What is a ley line The Masters of Light: September As Received by Ruth Ryden 8/31/13 - The Crystal Gateway The Masters of Light: September As Received by Ruth Ryden 8/31/13 September 2, 2013 Question from Ruth: Masters, what can you tell us about this coming month of September? Answer from the Masters: Around the world during the coming month, frequencies will be changing constantly, causing atmospheric anomalies and shifting of the mantel. Yes, your world is changing. (Deep in the night, this came) In the lands beyond the imagination be the aspirations and accomplishments of all created souls since the beginning of time. Ruth Ryden I have published two books that are very basic teachings about our role in the universe. I am still accepting requests for personal spiritual readings.

Are We Causing Earth Changes? Natural disasters are not a message from God but a message from ourselves. The spiritual answer is, “Of course we are, because Mother Nature is disturbed by our lack of love and respect for her.” The scientific answer is, “Of course we are, but only indirectly through decades of reckless pollution.” Everything depends on what level of consciousness dominates your awareness. The great spiritual traditions have clearly mapped how a person regains the status of a creator. How things get better as consciousness evolves: You begin to feel again; numbness lifts.You regain a sense of being benign. All these changes occur by degree, steadily growing stronger as a person goes deeper inside. Adapted from Peace is the Way by Deepak Chopra.

Earthquake-Causing Fracking to Be Allowed within 500 FEET of Nuclear Plants Nuclear Plants Vulnerable to Earthquakes The American government has officially stated that fracking can cause earthquakes. Some fracking companies now admit this fact The scientific community agrees. See this, this, this, this and this. Image sourced at Food Freedon (This site is worth a browse in it's own right) The article is full of links to other articles in Washingtons blog. The injection of any fluid under pressure, be it for the extraction of gas.oil or for the disposal of 'other fluids' WILL have an effect. During this period, the water table dropped by 250 meters (274 yards) as farmers bored ever deeper wells to help produce the fruit, vegetables and meat that are exported from Lorca to the rest of Europe. There are many earthquakes in Iceland because of the hydrothermal power plants, the Geysers in California has hundreds of small earthquakes and a project in Basel, Switzerland, was shut down because of it. We keep sucking on that long straw in our milkshake. Source

Ley Lines: A Definition "It defies conventional scientific explanation today and like you said Kat, science has to seriously examine This Most Ancient of Mysteries. Their is nothing More Ancient than the evidence of Leys Lines on this earth and the Most Misunderstond and the Least Educated about Them! Its a phenomena in itself how many people are not even aware of the words "Ley Line"? *DDn***" DDn - I think the leys are probably already being studied by science today. But I suspect those studies are being done in secret and carried out by people involved in researching the military applications in the ley lines. There are countless archeological texts that absolutely suggest that whatever this technology was, "the gods" of antiquity, the Anunnaki, were the ones who ultimately gained access to the Pyramid-ley technology, and used it for their own advantage to manipulate, control and even kill mass populations of people. This was a BIG TIME war, and the war was apparently fought between opposing god systems.

Earth Grid [under construction] Curry Lines Hartmann Net or Hartmann Lines Ley Lines Schumann Waves/Resonance Black Lines R. Buckminster Fuller Dymaxion Map Becker-Hagens Grid Map (Unified Vector Geometry/UVG 120 Sphere; Earth Star) Becker-Hagens UVG 120 Sphere electromagnetic Earth Grid. "The experience of life in a finite, limited body is specifically for the purpose of discovering and manifesting supernatural (infinite) existence within the finite." Planetary 'energy' grid theory falls under the heading of pseudoscience. The grids meet at various intersecting points forming a grid or matrix. During the Renaissance, Leonardo daVinci initiated the perspective of the individual observer in drawing and painting systems, which positioned the observer at the center of the universe [sim.Taoist precept]. "Our destiny is to encounter our embracing collective mind with increasing intimacy and resonance. The radiation is described as a grid-like arrangement with lines at regular distances: Description

Vortex Maps from all over the world.