Cotswold Lavender - English Lavender Essential Oil Growers – Lavender Fields, Lavender Gifts, Lavender Soaps, Lavender Toiletries and Body products. Chesterton Windmill – Free Days Out in Warwickshire. Chesterton Windmill – Free Days Out in Warwickshire Image Copyright Nikki Francis In my plight to have a Summer with my children like the ones I had when I was younger I’ve been trawling the local vicinity to find places that we can go to that cost minimal pennies & have maximum fun. 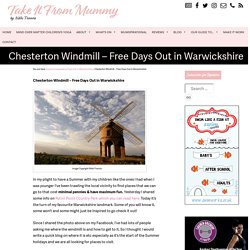 Yesterday I shared some info on Ryton Pools Country Park which you can read here. Their Time. Their World. Your Adventure. Magical Lantern Festival Birmingham Events. Rum Festival and 8 great things to do this weekend in Birmingham. It’s a great weekend for festivals in Birmingham, with Moseley, Latin American, CoCoMad and Rum Festivals all crowding into our social calendar. 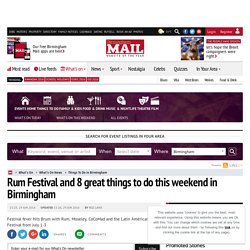 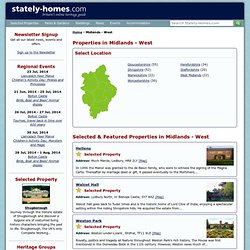 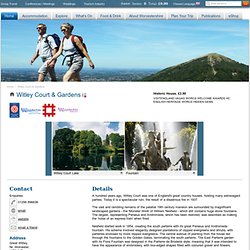 Today it is a spectacular ruin, the result of a disastrous fire in 1937. The vast and rambling remains of the palatial 19th century mansion are surrounded by magnificent landscaped gardens - the 'Monster Work' of William Nesfield - which still contains huge stone fountains. The largest, representing Perseus and Andromeda, which has been restored, was described as making the 'noise of an express train' when fired. Nesfield started work in 1854, creating the south parterre with its great Perseus and Andromeda fountain. His scheme involved elegantly designed plantations of clipped evergreens and shrubs, with parterres enclosed by more clipped evergreens.

Following the fire in 1937 the Witley Estate, including its gardens, fell into long decline. The woodland walks in the North Park pass many different species of tree and shrub acquired over the world to create a showpiece. Witley Court. Witley Court in 1880 History[edit] 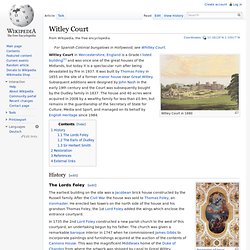 Baddesley Clinton: National Trust. Baddesley Clinton: Wikipedia. Baddesley Clinton (grid reference SP199714), is a moated manor house, located just north of the historic town of Warwick in the English county of Warwickshire; the house was probably established during the 13th century when large areas of the Forest of Arden were cleared and eventually converted to farmland. 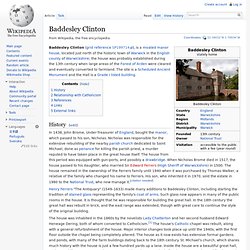 The site is a Scheduled Ancient Monument and the Hall is a Grade I listed building. History[edit] The house was inhabited in the 1860s by the novelists Lady Chatterton and her second husband Edward Heneage Dering, both of whom converted to Catholicism.[1] The house's Catholic chapel was rebuilt, along with a general refurbishment of the house. Major interior changes took place up until the 1940s, with the first floor outside the chapel being completely altered.

The house as it now exists has extensive formal gardens and ponds, with many of the farm buildings dating back to the 18th century. Relationship with Catholicism[edit] Baddesley Clinton References[edit] Links[edit] Coordinates: Snowshill Manor: Visitor information. How to get here We are tucked away in a gorgeous Cotswold valley. 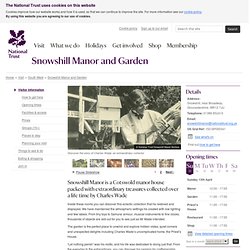 Our how to get here page has information to help you plan your journey by foot, cycle, road or public transport. The Rollright Stones. Seven miles from Stow-on-the-Wold in a north-easterly direction, on the road to Long Compton, and near the village of Little Rollright, is a circle of standing stones, the most easterly in England. 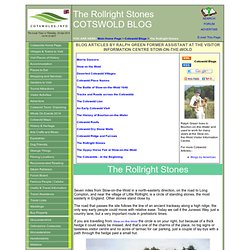 Other stones stand close by. The road that passes the site follows the line of an ancient trackway along a high ridge, the only way early people could move with relative ease. Today we call it the Jurassic Way, just a country lane, but a very important route in prehistoric times. If you are travelling from Stow-on-the-Wold the circle is on your right, but because of a thick hedge it could easily be missed. History Castles Romans Shakespeare Abbeys Cathedrals & Stately Homes.

Things to see & do. Paupers, Petticoats & Pinafores Members from the Dorcas sewing group allocate new pauper costumes 2 April - 2 November, 12-5pm A new exhibition focusing on the design and construction of the recently introduced replica female pauper costumes, as worn in Southwell Workhouse during the 1840s. 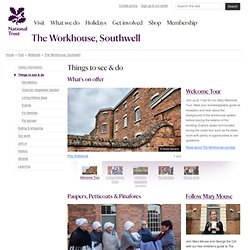 Informed by extensive historical and archival research, volunteers have painstakingly reconstructed the costumes which are used for our re-enactment events. Wightwick Manor, Wolverhampton (National Trust)