11 Things We Probably Miss from the Old MapleStory. Whether you’re a hardcore gamer or a casual gamer, chances are you’ve either played or come across one of the more popular games back then: MapleStory. 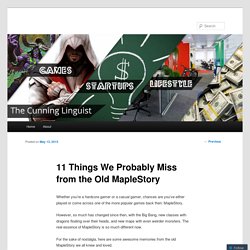 However, so much has changed since then, with the Big Bang, new classes with dragons floating over their heads, and new maps with even weirder monsters. The real essence of MapleStory is so much different now. For the sake of nostalgia, here are some awesome memories from the old MapleStory we all knew and loved. The best hangout spot in the whole game Who could forget this spot, where people just came here to chill and relax?

Kerning PQ, autoclicking the way to victory Levelling was so mundane back then that doing party quests was the easier and more fun way to level up. Let’s not forget the endless challenge of trying to jump to the 3rd sewer drain Most players would end up downloading a software called ‘Autoclicker’, which did exactly what it’s named after, so as to increase their chances of getting in. Grinding in the Slime caves KS-ing. Remember the good old days… 50 Singapore Childhood Snacks to Munch On This SG50! [Plus Giveaway!] Remember Ding Dang candy? 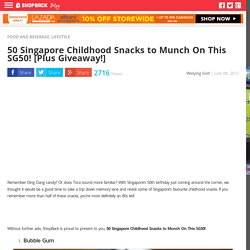 Or does Tora sound more familiar? With Singapore’s 50th birthday just coming around the corner, we thought it would be a good time to take a trip down memory lane and revisit some of Singapore’s favourite childhood snacks. If you remember more than half of these snacks, you’re most definitely an 80s kid! Without further ado, ShopBack is proud to present to you, 50 Singapore Childhood Snacks to Munch On This SG50! Bubble Gum Source Singapore is best known amongst foreigners for 2 things; our littering fine and our ban on chewing gum. Kaka Corn Snacks Source The popularity of these crunchy baked caramel-corn snacks has greatly declined with today's generation of youths. Haw Flakes These dark pink circle haw flake discs are actually made from a Chinese fruit, hawthorns. Kacang Puteh Source These nuts were commonly sold by friendly Indian uncles from wooden push carts. 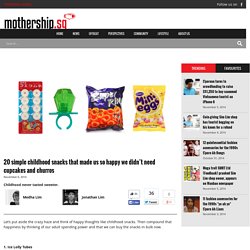 Let’s put aside the crazy haze and think of happy thoughts like childhood snacks. Then compound that happiness by thinking of our adult spending power and that we can buy the snacks in bulk now. 1. Ice Lolly Tubes Source There are only two types of people in the world: The people who bite the top and twist the bottom, or those that break the tubes in half. 15 Things MSN Messenger Taught You About Relationships. Some things I remember from the 90’s. Grew up during the 90’s? 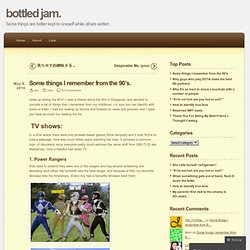 I read a thread about the 90s in Singapore..and decided to compile a list of things that I remember from my childhood. I’m sure you can identify with some of them. I had fun looking up forums and threads for ideas and pictures, and I hope you have as much fun reading the list. In a time where there were only browser-based games (think Neopets) and it took 5mins to load a webpage, time was much better spent watching the tube. It provided a common topic of discussion since everyone pretty much watched the same stuff from SBC/TCS aka MediaCorp. 1. Kids used to pretend they were one of the rangers and hop around screaming and whacking each other. 30 Things Every Singaporean 90s Kid Will Never Forget About Primary School. Remember the young innocent times when you were just 7? 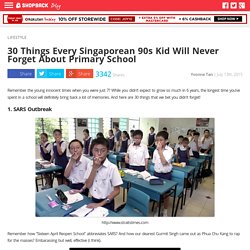 While you didn’t expect to grow so much in 6 years, the longest time you’ve spent in a school will definitely bring back a lot of memories. 24 Struggles That Kids These Days Will Never Know Or Experience. Kids of today really do have it easy. 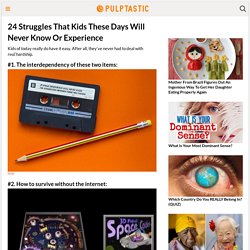 After all, they’ve never had to deal with real hardship. #1. The interdependency of these two items: Flickr. 20 most awesome things about growing up in early 2000s Singapore. As the day goes by, more and more things are changing rapidly, so let’s take a moment to remember all these stuff from our teenage/childhood years that kinda defined the early 2000s for us before they all eventually disappear into oblivion. 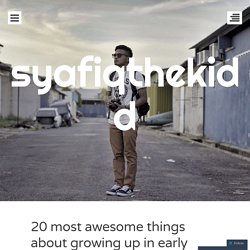 See if you guys still remember.. 1. Having to make the most important decision of your life by choosing one of these four on gameboy colour. 13 Memories from MSN Messenger. Other than Maplestory, something else that dominated most of our time when we should be studying was MSN Messenger. 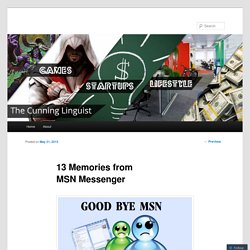 Here are some memories from it: The birth of torrent. C.A.M.P.F.I.R.E.S.O.N.G song – Spongebob Squarepants apparantly didn’t make you cool Look at what our names were represented by previously! This was competitive gaming at its finest After a while you realise just reading that person’s conversation is too difficult you end up blocking him One can start to wonder why MSN actually closed down. What do you think happened to MSN Messenger? Like this: Like Loading...