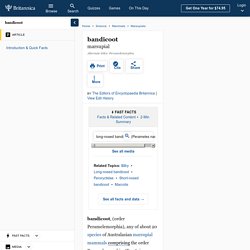 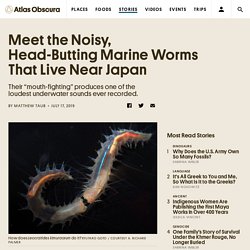 Orangutan building a nest. Dance of the Blue-Footed Booby. After Walking Thousands Of Miles, Mink The Bear Is Almost Back Home. 26 Real Animals That Shouldn’t Exist, But Do Anyway. The Goofy Worm Lizard That Beats the Heat by Never Coming to the Surface. Mystery! Giant whale found dead in Brazil jungle… how did it reach there? SailfishTonga. Great ape escape: Cheeky chimps break out of zoo pen using fallen branch as 'ladder' One chimpanzee jumped out of the enclosure and walked along a path with members of the public, while others sat on a wall above the enclosure and watched. 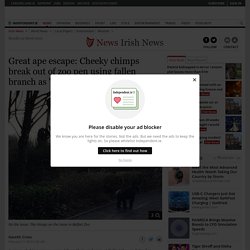 Dean McFaul and Danielle Monaghan filmed the escape and circulated the videos on social media where they went viral. They were at the zoo with Ms Monaghan's children Grace (8) and Leo (6), and Mr McFaul's four-year-old nieces Summer and Willow. The couple, who live in Holywood, Co Down, were amazed at what they saw. BirdNote. Durham University Biodiversity Survey: Swifts. A pilot study of Swift nesting boxes has begun at two University colleges, Grey and Josephine Butler, this month. 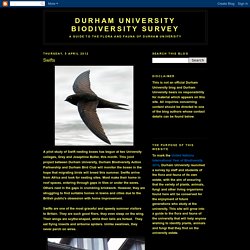 This joint project between Durham University, Durham Biodiversity Action Partnership and Durham Bird Club will monitor the boxes in the hope that migrating birds will breed this summer. Swifts arrive from Africa and look for nesting sites. Most make their home in roof spaces, entering through gaps in tiles or under the eaves. Others nest in the gaps in crumbling brickwork. However, they are struggling to find suitable homes in towns and cities due to the British public's obsession with home improvement. Wild and Weird - CBBC - BBC. 31 Scariest Creatures Ever Discovered - Page 10 of 31 - Better Find. Peacebunny Island. Zebra's stripes are a no fly zone for flies. Zebras are famous for their contrasting black and white stripes – but until very recently no one really knew why they sport their unusual striped pattern. 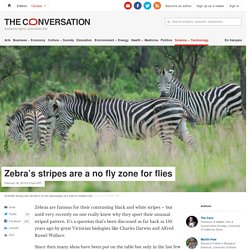 It’s a question that’s been discussed as far back as 150 years ago by great Victorian biologists like Charles Darwin and Alfred Russel Wallace. Since then many ideas have been put on the table but only in the last few years have there been serious attempts to test them. These ideas fall into four main categories: Zebras are striped to evade capture by predators, zebras are striped for social reasons, zebras are striped to keep cool, or they have stripes to avoid attack by biting flies. Wisdom The Albatross, World's Oldest Wild Bird, Lays Another Egg. How is a nautilus different from a squid? 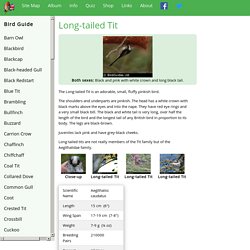 The Long-tailed Tit is an adorable, small, fluffy pinkish bird. The shoulders and underparts are pinkish. The head has a white crown with black marks above the eyes and into the nape. They have red eye rings and a very small black bill. Pyrrharctia isabella. Pyrrharctia isabella, the isabella tiger moth, banded woolly bear or just woollybear or woolly worm, occurs in the United States and southern Canada.[1][2][3][4] The first European to describe it was James Edward Smith in 1797. 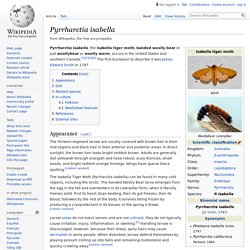 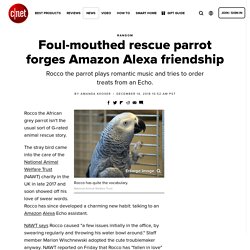 The stray bird came into the care of the National Animal Welfare Trust (NAWT) charity in the UK in late 2017 and soon showed off his love of swear words. Rocco has since developed a charming new habit: talking to an Amazon Alexa Echo assistant. Mystery of Square Wombat Poop Revealed. BBC Radio 4 - Tweet of the Day. Dancing Grebes. New Caledonian crows can create tools from multiple parts. Octopuses Get Strangely Cuddly On The Mood Drug Ecstasy. Feeding & playing with a Giant Pacific Octopus. Do Whales Have Culture? Humpbacks Pass on Behavior. Whether it's learning a new song, figuring out how to use tools to forage for food, or picking up the local customs, learning from others is an important part of life for many animals, including people. 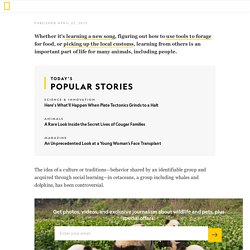 The idea of a culture or traditions—behavior shared by an identifiable group and acquired through social learning—in cetaceans, a group including whales and dolphins, has been controversial. But a new study finds strong evidence that a group of humpback whales (Megaptera novaeangliae) in the Gulf of Maine (map) is sharing a newly observed feeding behavior via their social networks. (See related blog: "Sharks Have Social Networks, Learn From Friends. ") Dusky Leaf Monkey (Trachypithecus obscurus) Newborn dusky leaf monkeys are orange or yellow in color Image credits: Tratong/Shutterstock The name spectacled langur is due to the circular rings around its eyes Image credits: ArtemBulkin/Shutterstock Dusky leaf monkeys are primarily foliovorous (a herbivore specialized in eating leaves) 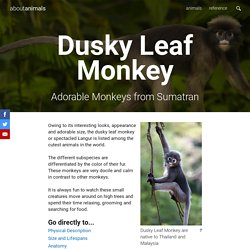 Dolphins Help Fishermen Catch Fish. Dolphin Assisted Fishing. 50,000 Year Old Lifeforms Were Found in an Abandoned Mine. In Brief NASA Astrobiologist Penelope Boston has uncovered 50,000 year old microscopic organisms in the deep and extreme Naica caves. This discovery could, alongside existing knowledge and researcher, allow scientists to better understand early life on Earth and possible life on other planets. Cave Life Penelope Boston, head of NASA’s Astrobiology Institute, recently made some fascinating discoveries deep in an abandoned zinc and lead mine in Mexico.

This abandoned mine, the Naica caves, run 800 meters (2,625 feet) deep and are home to some punishing conditions. 20 Fascinating Facts About Bumblebees. For the first time ever in the continental United States, a bee species — the rusty patched bumblebee — was placed on the endangered species list in the final days of the Obama administration. But along came Trump – who the Humane Society of the United States had warned would be a “threat to animals everywhere” – and, almost immediately, away went that bumblebee’s protection under the Endangered Species Act, at least for now.

Bumblebees and other bee species play a very important part in our ecosystems. A third of all the food we eat depends on their pollination. Here are some other interesting facts you may not know about them. 1. 2. Are you smarter than a pigeon? iStock Before you answer “Yes!” — look at these three quick scenarios. And if you find out you’re a bit bird-brained, remember: intelligence is all relative, says psychologist Ben Ambridge. What makes humans special? Meet 6 beautiful but strange creatures from the ocean’s twilight zone. You won’t see these amazing animals on a day at the beach, but they’re there — living in the vast, cold, unexplored midwater region of the ocean. Learn about six of its residents and how they’ve adapted to life in the dark. A jellyfish that flashes rainbows as it moves. A worm with twisting yellow tentacles that it uses to take in food. The Creature Feature: 10 Fun Facts About the Solenodon. Sea otter tool use. Axolotls are Masters of Regeneration. The Animal With The Largest Tested Working Memory Is A?

Answer: Dog Chaser, a border collie trained by psychologist Dr. John W. Pilley, has the largest tested memory of any non-human animal. How large? She can identify over 1,000 toys by their name and by the category they have been assigned to by her trainer, and all this in addition to remembering common nouns like “ball” and “tree”. Further, she can learn new words by inferential reasoning by exclusion—if you give her a basket of old toys with a new one mixed in and ask her to retrieve the new toy with an unknown name, she’ll identify the new toy (and its name) by excluding toys whose names she already knows. If you ever need to rely on a service animal to help supplement your memory, it would be wise to pick a border collie.

The amazing secrets behind 'flying ant day' A steady stream of black ants scurries busily in and out of a crack in the patio. 5-creatures-that-can-survive-the-most-extreme-conditions. Chimpanzee 'nests' shed light on the origins of humanity. How fireflies are beautiful — and useful. In the Appalachian firefly Photinus carolinus, flying males flash in synchrony with their neighbors, creating a symphony in light. Photo by Radim Schreiber. Nautilus Live. The Strangest Creatures from the Sea! Rare Sperm Whale Encounter with ROV. Best of 2015: Adorable Dumbo Octopuses. Adorable Pink Octopus. Microbes have their own version of the internet. Creating a huge global network connecting billions of individuals might be one of humanity’s greatest achievements to date, but microbes beat us to it by more than three billion years. These tiny single-celled organisms aren’t just responsible for all life on Earth. Orangutans have been adapting to humans for 70,000 years.

As the World Pays Tribute to Koko, We Must Never Forget Her Story - One Green Planet. Like Cher or Prince, Koko needs only one name to be recognized. Coral and Associates of the Deep Ocean Seamounts. Beluga whale sanctuary. What's A Mad Hatterpillar? Photos: 10 extreme sea creatures. World's 10 Most Bizarre Sea Creatures. Life - The unsinkable pygmy gecko - BBC One. Socorro Island Sponge and Coral Gardens. The Curious Cases of Rutherford & Fry, Series 10, The Dawn Chorus.