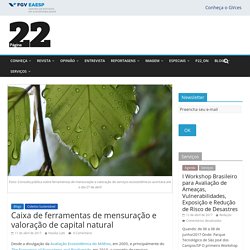 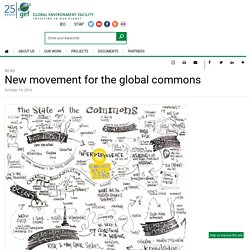 Among the 150 top-level participants at the International Dialogue on Our Global Commons hosted by the Global Environment Facility (GEF) and the International Union for the Conservation of Nature (IUCN) there was a strong sentiment that they were taking this action “at a critical juncture” for the future of the planet, seizing an opportunity that would “never” arise again. The dialogue took place in Washington DC's prestigious National Academy of Sciences, the Director of whose Science and Technology for Sustainability Program, Dr. Jerry Miller, described it as “the most exciting event of my entire tenure”. Naoko Ishii, the GEF’s Chairperson and CEO, told the delegates, “Business as usual is a guarantee of disaster. 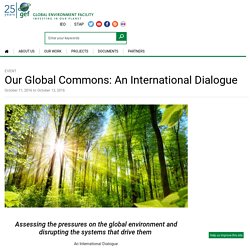 All life on Earth depends on clean air and water, biodiversity and a stable climate. Pavan Sukhdev. The Global Commons: tragedy or opportunity? Our world is reaching the limits of what it can provide sustainably. 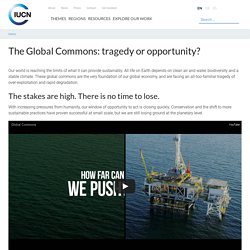 All life on Earth depends on clean air and water, biodiversity and a stable climate. These global commons are the very foundation of our global economy, and are facing an all-too-familiar tragedy of over-exploitation and rapid degradation. The stakes are high. There is no time to lose. With increasing pressures from humanity, our window of opportunity to act is closing quickly.

It is urgent that we bring about transformations in our key economic systems and leverage evidence and new information technology, political leadership, coalitions for change and innovation. The Global Commons: tragedy or opportunity? Global commons - Wikipedia. Global commons is a term typically used to describe international, supranational, and global resource domains in which common-pool resources are found. 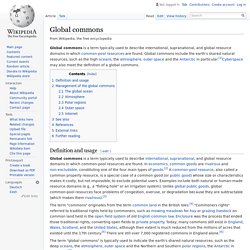 Global commons include the earth's shared natural resources, such as the high oceans, the atmosphere, outer space and the Antarctic in particular.[1]Cyberspace may also meet the definition of a global commons. Definition and usage[edit] The term "commons" originates from the term common land in the British Isles.[4] "Commoners rights" referred to traditional rights held by commoners, such as mowing meadows for hay or grazing livestock on common land held in the open field system of old English common law. Enclosure was the process that ended those traditional rights, converting open fields to private property. 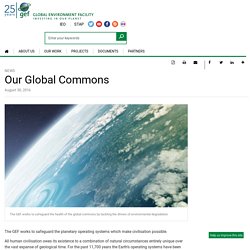 All human civilisation owes its existence to a combination of natural circumstances entirely unique over the vast expanse of geological time. For the past 11,700 years the Earth's operating systems have been unprecedentedly, even freakishly, stable and benign, allowing our distant ancestors – fully modern humans who until then had been roaming the land for over a hundred millennia – to settle down and develop first agriculture, then towns and cities and, finally, the modern world. But now evidence is increasing that we are, ourselves, bringing these conditions to an end.

Yet this state of the global commons is the only one that we can be certain can support the present, increasing human population of 7.4 million. So great is the shift that it is literally epoch-making. GEF-IUCN International Dialogue on the Global Commons and Science Day - 2016. The Economics of Ecosystems and Biodiversity - TEEB. Pavan Sukhdev. Of Markets and Failures| Jan, 2015 The need for a right energy strategy as we enter the new year. 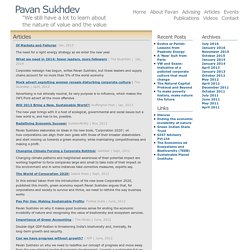 What we need in 2014: fewer leaders, more followers | The Guardian | Jan, 2014 Corporate redesign has begun, writes Pavan Sukhdev, but these leaders and supply chains account for no more than 5% of the world economy Mock advert exploiting women reveals disturbing corporate culture | The Guardian | April, 2013 Advertising is not ethically neutral, its very purpose is to influence, which makes the JWT/Ford advert all the more offensive Will 2013 Bring a New, Sustainable World?