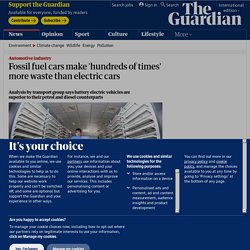 Only about 30kg of raw material will be lost over the lifecycle of a lithium ion battery used in electric cars once recycling is taken into account, compared with 17,000 litres of oil, according to analysis by Transport & Environment (T&E) seen by the Guardian. A calculation of the resources used to make cars relative to their weight shows it is at least 300 times greater for oil-fuelled cars.

The campaign group said battery electric vehicles were superior to their petrol and diesel counterparts across raw material demand, energy efficiency or cost – as well as eliminating exhaust emissions of carbon dioxide and other harmful gases. The accelerating move to electric vehicles will entail environmental costs. New Zealand readers say 'everything' must be prioritised in battle against climate change.

After prime minister Jacinda Ardern declared a climate emergency this month, we asked you what New Zealand should prioritise to meet its climate change goals. 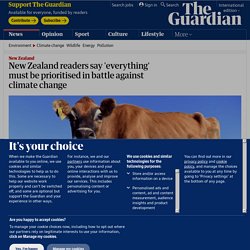 The responses varied widely, although there was broad consensus that more needed to be done to reduce emissions from agriculture and transport. Some of you argued for better urban design, while others advocated the introduction of a carbon tax, investment in renewable energy and more sustainable housing, efforts to reduce plastic waste and an increase in the planting of native trees.

Arctic's Shift to a Warmer Climate Is 'Well Underway, Scientists Warn. The Arctic continued its unwavering shift toward a new climate in 2020, as the effects of near-record warming surged across the region, shrinking ice and snow cover and fueling extreme wildfires, scientists said Tuesday in an annual assessment of the region. 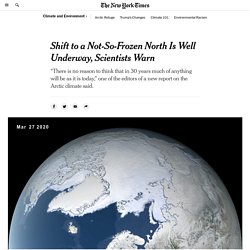 Extinction - the facts. Briefing on Climate Action Priorities 3pm Release Version. Melting Antarctic ice will raise sea level by 2.5 metres – even if Paris climate goals are met, study finds. Breaking the tragedy of the horizon climate change and financial stability. Remote work is good for business, and the world. In the last few months, as it became clear that the rapid spread of the novel coronavirus would eventually overwhelm health services, governments around the world started to mandate social distancing in public places to protect their citizens. 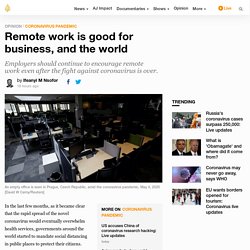 Social distancing, which typically involves keeping a certain distance from others and avoiding large gatherings, is a sound non-pharmaceutical intervention commonly used during epidemics. It prevents person-to-person transmission of contagions and helps authorities to contain disease outbreaks. Underground skyscrapers and off-grid bunkers: inside the world of preppers. “Nothing sets your priorities straight better than a disaster,” says Bradley Garrett. 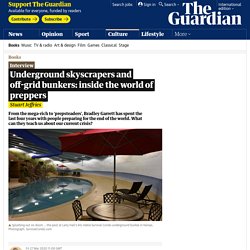 “Making sure your basics are covered, making sure your loved ones are cared for. These are the things that matter. Going back to survival mode is a good thing … We’re going to be in lockdown for some months. How did Michael Moore become a hero to climate deniers and the far right? Denial never dies; it just goes quiet and waits. 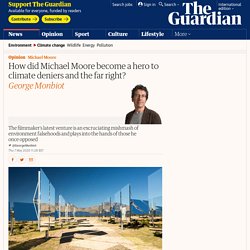 Today, after years of irrelevance, the climate science deniers are triumphant. Long after their last, desperate claims had collapsed, when they had traction only on “alt-right” conspiracy sites, a hero of the left turns up and gives them more than they could have dreamed of. Planet of the Humans, whose executive producer and chief promoter is Michael Moore, now has more than 6 million views on YouTube. The film does not deny climate science. A challenge without precedent - The politics of climate change have always been problematic. IN JUNE 1988 scientists, environmental activists and politicians gathered in Toronto for a “World Conference on the Changing Atmosphere”. 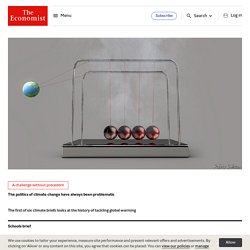 The aspect of its changing that alarmed them most was the build-up of carbon dioxide, a greenhouse gas. In the late 1950s, when systematic monitoring of the atmosphere’s carbon-dioxide level began, it stood at around 315 parts per million (ppm). By that summer, it had reached 350ppm—and a heatwave was bringing record temperatures to much of North America. The week before the Toronto conference James Hansen, a climate scientist at NASA, had pointed to the heatwave when telling the US Senate that it was time “to stop waffling…and say that the evidence is pretty strong that the greenhouse effect is here”.

The Toronto conference took a similar view, calling for an international effort to reduce global carbon-dioxide emissions by 20% by 2005. A mere four years later a global compact against climate change had been signed. The Global Calculator. Losing Earth: The Decade We Almost Stopped Climate Change. Capitalism Killed Our Climate Momentum, Not “Human Nature” Adapting to climate change stocktake tag report. Here Are The Countries Most Likely To Survive Climate Change. Two years ago, the University of Notre Dame published an index revealing which nations were more or less likely to be affected by climate change. 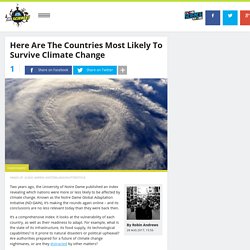 Known as the Notre Dame Global Adaptation Initiative (ND-GAIN), it’s making the rounds again online – and its conclusions are no less relevant today than they were back then. Tim Grafton: Adapting to climate change as important as fighting it. Submissions winging their way to Wellington on the Zero Carbon Bill will focus on C02 and methane emissions but fly over the biggest challenge – how to adapt to climate change. 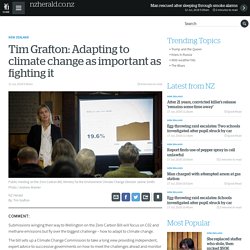 The bill sets up a Climate Change Commission to take a long view providing independent, expert advice to successive governments on how to meet the challenges ahead and monitor progress. Calling it a Zero Carbon Bill perversely puts the focus on mitigation or reducing greenhouse gases. Yet, no matter how much we reduce emissions, it will have negligible effect on reducing this country's economic, social and environmental loss from climate change. 2502872. Productivity Commission Low emissions economy Draft report FINAL WEB VERSION. Earth's sixth mass extinction event under way, scientists warn. A “biological annihilation” of wildlife in recent decades means a sixth mass extinction in Earth’s history is under way and is more severe than previously feared, according to research. 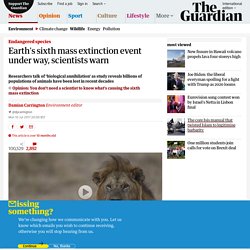 Scientists analysed both common and rare species and found billions of regional or local populations have been lost.