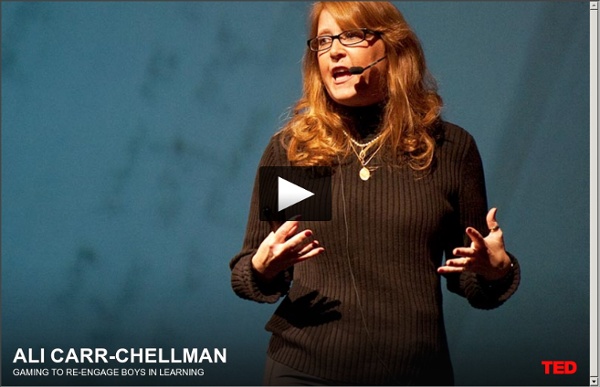 Game mechanics for thinking users « Web Worker's (Freak) Anthropology Game mechanics for thinking users Posted by Pietro Polsinelli on November 9, 2010 · 12 Comments Many software applications and web sites that are not commonly understood as games have some aspect that can be described in gaming terms. Experiences Build Brain Architecture The basic architecture of the brain is constructed through a process that begins early in life and continues into adulthood. Simpler circuits come first and more complex brain circuits build on them later. Genes provide the basic blueprint, but experiences influence how or whether genes are expressed. Together, they shape the quality of brain architecture and establish either a sturdy or a fragile foundation for all of the learning, health, and behavior that follow. Plasticity, or the ability for the brain to reorganize and adapt, is greatest in the first years of life and decreases with age.

How a Computer Game is Reinventing the Science of Expertise [Video] A crowd observes the match playing on the main stage at the StarCraft 2 championships in Providence, RI. Credit: Major League Gaming If there is one general rule about the limitations of the human mind, it is that we are terrible at multitasking. The old phrase “united we stand, divided we fall” applies equally well to the mechanisms of attention as it does to a patriotic cause. When devoted to a single task, the brain excels; when several goals splinter its focus, errors become unavoidable.

Richard A. Bartle: Players Who Suit MUDs Richard Bartle[1] MUSE Ltd, Colchester, Essex. United Kingdom.richard@mud.co.uk Four approaches to playing MUDs are identified and described. These approaches may arise from the inter-relationship of two dimensions of playing style: action versus interaction, and world-oriented versus player-oriented. How Smart Can We Get? How Smart Can We Get? PBS Airdate: October 24, 2012 DAVID POGUE (Host): How smart are you? MEMORY CHAMPIONSHIP ANNOUNCER: Mental athletes, begin. DAVID POGUE: Would you like to be smarter? I feel like increasing my cortical tissue. design principles Defeating an enemy; overcoming an obstacle; surviving in the face of adversity: success and failure are at the very core of the game-player's experience. Games offer players a number of choices, some of which lead to success and some of which lead to failure or non-success. Together with the challenges presented to the player, the fact that the player might fail lends significance to the player's choices and actions. Although failure can be a negative experience, it is also the very thing that makes success meaningful. There are two kinds of failure in games.

SCVNGR’s Secret Game Mechanics Playdeck Some companies keep a playbook of product tips, tricks and trade secrets. Zynga has an internal playbook, for instance, that is a collection of “concepts, techniques, know-how and best practices for developing successful and distinctive social games”. Zynga’s playbook has entered the realm of legend and was even the subject of a lawsuit. SCVNGR, which makes a mobile game with real-world challenges, has a playdeck. It is a deck of cards listing nearly 50 different game mechanics that can be mixed and matched to create the foundation for different types of games. What Do Babies Think? Part 3 of the TED Radio Hour episode Unstoppable Learning. About Alison Gopnik's TEDTalk Alison Gopnik's research explores the sophisticated intelligence-gathering and decision-making that babies are doing when they play. She offers a glimpse into the minds of babies and young children, to show how much and how fast they learn. About Alison Gopnik