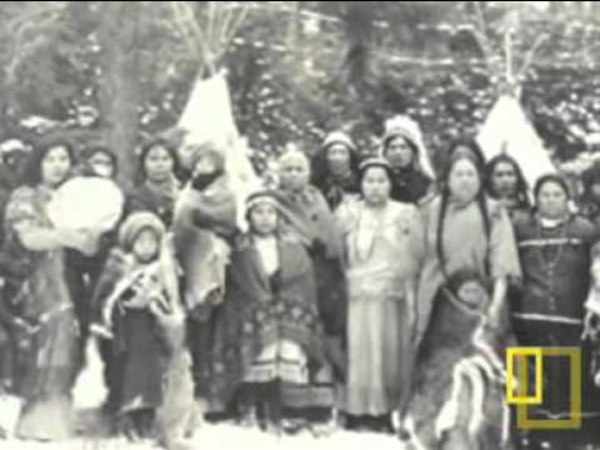 Related:  Absolutely True Diary of a Parttime Indian • Around the world • USA

Sherman Alexie on Living Outside Cultural Borders BILL MOYERS: Let's talk now with Sherman Alexie. He comes from a long line of people who have lived the consequences of inequality, Native Americans, the first Americans. They were the target of genocide, ethnic cleansing, which for years was the hidden history of America, kept in the closet by the authors and enforcers of white mythology. What Does It Mean To Be a Native American? Since 1990, each November has been set aside as Native American Heritage Month. During this month, people all over the United States celebrate and recognize the major contributions the first Americans made to the establishment and growth of the country. Much of what we know about the history of America comes from events recorded by European colonists who first came to America in the early 17th century. However, Native Americans — the indigenous (native) peoples of North America — lived in these lands for thousands of years before that.

The Travelling Teachers: New York “The city seen from the Queensboro Bridge is always the city seen for the first time, in its first wild promise of all the mystery and the beauty in the world.” The story of Thanksgiving The story of Thanksgiving,In 1620, some people called the ,decided to leave ,because they weren't free to practise their ,They boarded a big boat called the ,Massachusetts) and formed the first permanent settlement of Europeans in New England.,The first was very cold.The Pilgrims didn’t have much . They didn’t have warm .The Pilgrims got sick.

Kita, Stacey / Absolutely True Diary of a Part-Time Indian Theme: Moral Struggle and Search for Identity Topics: Spokane Indians, Indian Reservations, Alcoholism, Cartoonist, Prejudice/Racism The Absolutely True Diary of a Part-Time Indian by Sherman Alexie Engelsk - Native Americans Today You can find an easy version of the text here: Native Americans - Text in Brief Almost half of the Native Americans live in large cities and rural areas, whereas the other half live on federal reservations. Most of the tribes have their own tribal laws and are not subject to state laws. USA Geography - Map Game - Geography Online Games "I stumbled upon your fun interactive geography games from a link on the Massachusetts Geographic Alliance Website. Since then, your games have become quite a hit with my competitive colleagues!" --Candice Gomes, Education Outreach Coordinator, Boston Public Library Sheppard Software's geography games were featured in the Boston Public Library's 2006 Exhibition on Mapping! "Terrific online educational games, especially geography." --Dallas Children's Museum

The Absolutely True Diary of a Part-Time Indian Disussion Module The Absolutely True Diary of a Part-Time Indian by Sherman Alexie Publishing Information: Little, Brown & Co. : New York, 2007ISBN: 0316013684Pages: 299 p.Ages: 14 & Up Summary: After being picked on at his school on the reservation, brilliant “Junior” Arnold Spirit decides to attend the all white school where he struggles with his identity and feelings about leaving the rez. Book Talk: Arnold is having trouble fitting in on the reservation. He is smart and being constantly picked on by others. He is also hilarious, insightful, and an amazing cartoon artist. The Atlantic Slave Trade Visualized in Two Minutes: 10 Million Lives, 20,000 ... Not since the sixties and seventies, with the black power movement, flowering of Afrocentric scholarship, and debut of Alex Haley’s Roots, novel and mini-series, has there been so much popular interest in the history of slavery. We have seen Roots remade; award-winning books like Edward Baptist’s The Half Has Never Been Told climb bestseller lists; and The Freedman’s Bureau Project’s digitization of 1.5 million slavery-era documents gives citizen-scholars the tools to research the history on their own. In addition to these developments, Slate magazine has designed a multipart, multimedia course, “The History of American Slavery,” as part of its online educational initiative, “Slate Academy.” Visualizing 315 years—“from the trade’s beginning in the 16th century to its conclusion in the 19th"—the animation displays slave ships as increasing numbers of black dots zipping across the Atlantic to the Americas from the African coasts. The dots “also correspond to the size of each voyage.