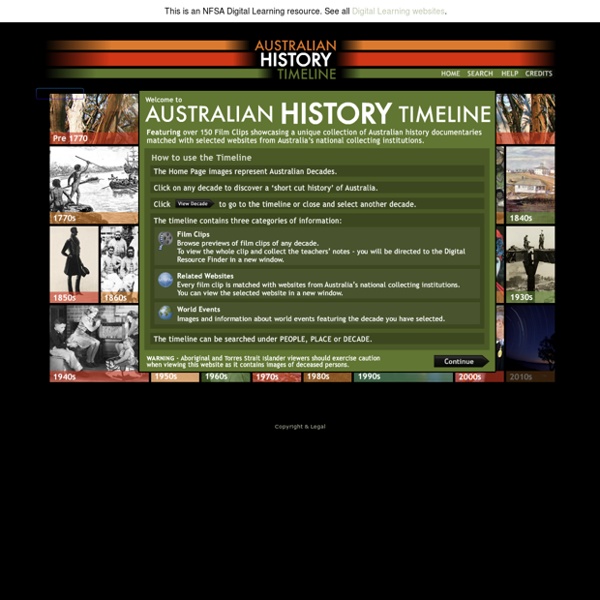 The First Fleet Home Our FREE ebooks Search Site Site Map Contact Us Chinese Discoverers Were The Chinese The First To Discover Australia By Rex Gilroy Australasian Post, May 1, 1986 Chinese Discoverers Aboriginal paintings depict Chinese junks...Ancient Chinese Australia's migration history timeline Objects through Time traces the history of migration of people, technology and ideas to our shores through a collection significant objects, spanning a 60,000 year time frame. It begins with the first migrants, the Aboriginal people who discovered and settled Australia, the Macassan and European explorers, sailors and navigators who mapped it and the waves of 19th and 20th century migrants who built it. All these people have written the story of modern Australia. The story concludes with the Friendship Stick made especially by Aboriginal artists Gavin Flick, Alana and Jai Rose for the 2000 Sydney Olympics. This fascinating and thought provoking exhibition examines key events in the long history of migration to Australia through objects that speak to us about our past.

From Terra Australis to Australia Skip to main content a3461012h.jpg The State Library's First Fleet Collection includes journals, letters, drawings, maps and charts created by those who actually travelled with the First Fleet of British ships to Australia. '1. Understanding the Macassans: A regional approach' in Macassan History and Heritage by Edited by Marshall Clark... 1. Understanding the Macassans: A regional approach Marshall Clark and Sally K. May Introduction This volume addresses the history and heritage of the ‘Macassan’ fishers who made the long and sometimes dangerous maritime journey from the port town of Makassar in southern Sulawesi to the coastline of Arnhem Land and the Kimberley, northern Australia, from before European settlement in Australia until the early twentieth century.

Timeline - Immigration Museum Multiculturalism is embraced and then challenged. Global rights of Indigenous peoples extend to land rights and national apologies. The Cold War ends but Western nations identify new adversaries in Muslim and Middle Eastern nations through two Gulf Wars and war in Afghanistan. Politicians, public figures and the media participate in debates about migration, asylum seekers and population.

Convicts and the British colonies in Australia Augustus Earle (1793-1838), A government jail gang, Sydney, N S Wales, 1830. Image courtesy of the National Library of Australia:nla.pic-an6065451. A penal colony Macassan History in Arnhem Land - ABC Darwin If you listen to the Yolngu language of East Arnhem Land closely, you'll come across a few familiar sounding words, for example 'Rupiah', the Indonesian word for money. The words are just part of the Indonesian culture that has infiltrated areas of North Australia during hundreds of years of trade between the Macassans (from Sulawesi) and many Indigenous clans. Barbara Luk Luk Burarrwanga is a Yolngu lady proud of her Macassan heritage. Her great great grandmother was taken from Arnhem Bay by the Macassans as a young woman.

Ada Lovelace primary resource This primary resource provides an opportunity to begin discussion about mathematician Ada Lovelace, and how her work writing algorithms has influenced computer programming today. Pupils will discover interesting facts about Ada Lovelace and how her work has encouraged girls and women to get involved in Maths, Science, Computing and Engineering in our National Geographic Kids’ Technology primary resource. The teaching resource can be used in study group tasks, as a printed hand out for each pupil to review and annotate, or for display on the interactive whiteboard for class discussion. Activity: Ask children to research Ada Lovelace’s work on the algorithm for Charles Babbage’s ‘Analytical Engine’. What is an algorithm?

First Fleet: 04/02/2014, Behind the News Recently we celebrated Australia day on the 26th of January. But why do we mark it on that day in particular? To answer that question, Sarah will take you back in time to 1788, to meet some kids who came to Australia on the First Fleet. Kid 1: “My name is John Hudson and I'm nine years old. I've been an orphan ever since I can remember and I made a living sweeping chimneys. The Yolngu WARNING: Visitors should be aware that this website includes images and names of deceased people that may cause sadness or distress to Aboriginal and Torres Strait Islander peoples. Who are the Yolngu The people who live in the Miwatj or north-east Arnhem Land region are known generally as Yolngu, which simply means 'people'. They belong to a number of intermarrying clans that are also closely related culturally and linguistically. The main clans are the Rirratjingu, who are the focus of the exhibition, Djapu, Marrakulu, Ngaymil, Galpu, Djambarrpuingu, Marrangu, Datiwuy and Djarrrwark of the Dhuwa moiety: and the Gumatj, Dhalwangu, Manggalli, Madarrpa, Munyuku, Warramirri, Wangurri, Gupapuyngu and Ritharrngu of the Yirritja moiety. Djang'kawu performance at Government House Darwin celebrating the launch of the Yalangbara: art of the Djang'kawu catalogue, 2009.

Immigration artefacts - Search Museums Victoria's collections CULTURAL SENSITIVITY MESSAGE – Please read First Peoples of Australia should be aware that the Museums Victoria Collections website contains images, voices or names of deceased persons. For some First Peoples communities, seeing images or hearing recordings of persons who have passed, may cause sadness or distress and, in some cases, offense. Language

The Voyage: A history game that is a museum about convict voyages The Voyage is a free online game based on historical records about the transportation of convicts from Britain to the penal colony of Van Diemen’s Land around 1830. Are you up to the challenge? The year is 1830. You are the Surgeon Superintendent aboard a convict vessel transporting its human cargo from Britain to the farthest reaches of the known world – Van Diemen’s Land. Overview of European exploration Southern Hemisphere 1567-1772 download a PDF version of this page Alvaro do Mendana reached the Solomon Islands. Mendana and Quiros plotted the Marquesas Islands in the Santa Cruz Archipelago. Quiros and Vaez de Torres reached the New Hebrides (now Vanuatu). Mysteriously, the party split.