Church where MLK launched his civil rights career to become a museum. Segregation in the USA. A Brief History of the KKK - BBC Three. Civil Rights: The Montgomery Bus Boycott. Sixty years ago, the Montgomery Bus Boycott, which had started on 5 December, 1955, after Rosa Parks was arrested for refusing to give up her seat, finally ended. 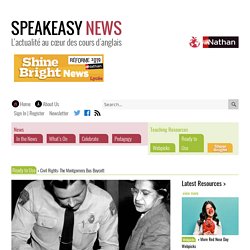 It was the first victory for Martin Luther King on the road to civil rights for African Americans. This B1-level article recapitulates the beginnings of the Civil Rights movement in the U.S.A. It is an opportunity for pupils to understand or review the complexity of the relationships amongst Americans. It is also an excellent topic for an EPI « Information, communication, citoyenneté » on equality and forms of discrimination, in connection with the 3ème History curriculum « Le monde depuis 1945 » and the EMC Cycle 4 curriculum « Le jugement : penser par soi-même et avec les autres » Vocabulary and structures Cultural and historical aspect with specific vocabulary around segregation, Civil Rights and protestsDates and numbersModalsPast tenseThe passivePhrasal verbs. Montgomery Bus Boycott: A Victory for Civil Rights. Sixty years ago, on 20 December, 1956, Martin Luther King and his fellow campaigners won a first victory in the long battle for African-American civil rights. 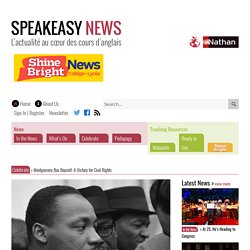 The Montgomery Bus Boycott, which had begun when Rosa Parks famously refused to move to the back of the bus, finally ended after 381 days, when the Supreme Court ruled bus segregation illegal. But Rosa Parks wasn't the first African American woman to refuse to give up her seat in a Montgomery bus. African-American Artists and Segregation. "The Color Line" exhibition at Quai de Branly in Paris reviews the history of discrimination in the U.S.A. through the eyes of African-American artists. 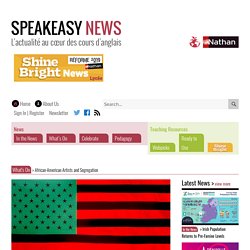 The show is an exploration of 150 years of American history from the end of the Civil War with the abolition of slavery, to segregation, the civil rights movement and the Barack Obama’s historic presidency. Still quite unknown in France, the expression "the color line" refers concretely to the discrimination that divided Blacks and Whites in the United States and which appeared at the end of the Civil War in 1865. The Problem We All Live With. Ruby Bridges: A little girl and her teacher. Ruby Bridges signs copies of her book "Through My Eyes" at the Steinbeck Festival in Salinas, Cal. 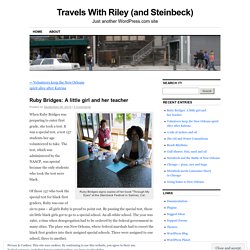 When Ruby Bridges was preparing to enter first grade, she took a test. It was a special test, a test 137 students her age volunteered to take. The test, which was administered by the NAACP, was special because the only students who took the test were black. Of those 137 who took the special test for black first graders, Ruby was one of six to pass – all girls Ruby is proud to point out. By passing the special test, those six little black girls got to go to a special school. But this story is not really about Ruby Bridges. The Norman Rockwell painting appeared on Look magazine in 1964 and was based on John Steinbeck's description of Ruby Bridges being escorted to school by US marshals. She is the little girl John Steinbeck describes in “Travels with Charley” who is suffering vile insults from white housewives lining her walk to the school. And then Ruby talked about Mrs. 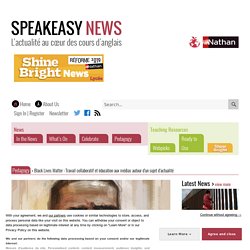 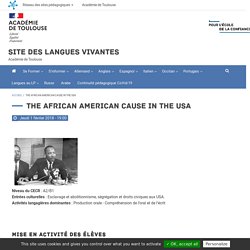 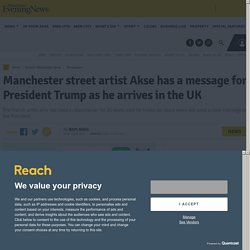 Akse - who is responsible for some of Manchester’s most famous street art - created a huge new mural depicting Trump shouting in the face of Martin Luther King. Several birds, painted in the style of the Twitter logo appear to be flying out of the President’s mouth, while a dove appears above Dr King’s head. Ruby bridges par emilie.nivet sur Genially. Ruby'sworld. 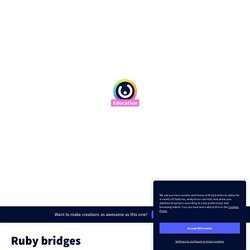 Rosa Parks - Life, Bus Boycott & Death. Rosa Parks was a civil rights activist who refused to surrender her seat to a white passenger on a segregated bus in Montgomery, Alabama. 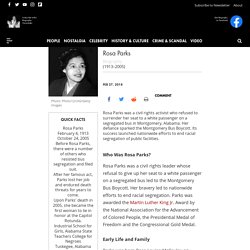 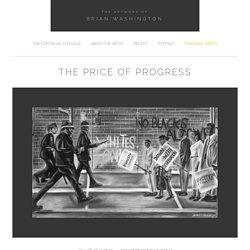 Citizenship and equality are broader concepts than civil rights alone. The Civil Rights Movement was not solely about ending segregation, but also about allowing Americans to enjoy the fruits of being equal citizens in all aspects of life, both public and private. For the individuals of the Civil Rights Movement – courageous individuals who had been historically deprived of their constitutional rights and dignity as human beings on the basis of race – the right to equality and human dignity was not free. It came with a steep price. Remembering Lynda Jean Gunn - Norman Rockwell Museum - The Home for American Illustration. “Problem We All Live With”, 1963 –Norman Rockwell (1894-1978), Oil on canvas, Illustration for Look, January 14, 1964, Norman Rockwell Museum Collection Photo of Lynda Gunn Lynda Jean Gunn (1955 – 2019) of Stockbridge, holds a special place in our hearts. She passed away this week and we would like to share some memories in tribute to her.

After briefly sharing what they already know about this inspiring figure, students will watch a video and learn more about MLK’s final days and his assassination. In groups, they will then collect more information from adownloadable animated slideshow about his life and achievements in order to write MLK’s obituary. Culture, language and structures Martin Luther King, Jrthe Civil Rights movementexpressing the pasttime markersbe allowed to / be able to / be forbidden to / have tomaking and discussing hypotheses Copyright(s) : Library of Congress. How Rosa Parks Fought for Civil Rights.

Sitting Down On Thursday evening December 1, 1955, after a long day of work as a seamstress for a Montgomery, Alabama, department store, Rosa Parks boards a city bus to go home. Tired as she is, Mrs. Parks walks past the first few — mostly empty — rows of seats marked "Whites Only. " It's against the law for an African American like her to sit in these seats. Underground Railroad Student Activity. Black Peoples of America - How Slaves Lived - History. For more information on counter-intuitive facts of ancient, medieval, and modern history, see Anthony Esolen’s The Politically Incorrect Guide to Western Civilization.

Africans sold as slaves in the Americas had to rely on their owners providing them with housing or building materials, pots and pans for cooking and eating, food and clothing. The Problem We All Live With. Untitled — This 5-year-old's photo tribute to black history... Segregation Now: The Resegregation of America’s Schools. The Fight for Civil Rights: 15 Images From America's Past. Civil Rights for Kids: African-American Civil Rights Movement. History >> Civil Rights for Kids March on Washington Aug 28, 1963from the United States Information Agency. Then to Now. Segregation « Aisha Thalia. Black history timeline. Martin Luther King Jr. Biography. Martin Luther King Jr. was a Baptist minister and social activist, who led the Civil Rights Movement in the United States from the mid-1950s until his death by assassination in 1968.