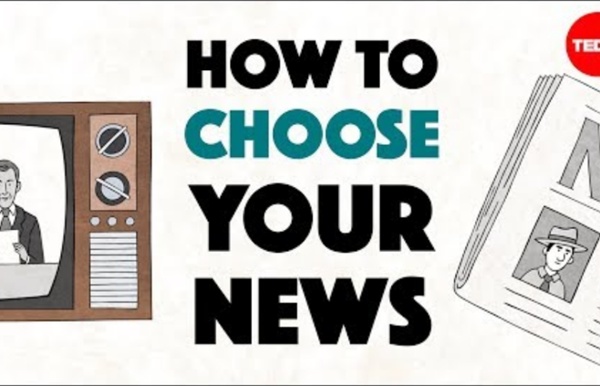 The Definitive List of 176 Fake News Sites on Facebook Fake news is unavoidable. While the idea of “fake news” was born out of the very real instances of fake news stories helping sway the election in favor of now-President Donald Trump, it has since been co-opted by Trump’s administration to be used as a weapon to sow doubt in legitimate media stories that they find unappealing. But real fake news—not the kind Trump likes to point out on Twitter virtually every day—is pervasive. And if you care about reading truthful stories, you need to be on high alert. Facebook, a primary driver of traffic to publications, came under fire late last year for allowing the promotion of fake news sites that deal in conspiracy theories rather than facts. Some Facebook employees even reportedly revolted and took matters into their own hands before the company took steps to reduce fake news.

Truth, truthiness, triangulation: A news literacy toolkit for a “post-truth” world We were guaranteed a free press, We were not guaranteed a neutral or a true press. We can celebrate the journalistic freedom to publish without interference from the state. We can also celebrate our freedom to share multiple stories through multiple lenses. Stony Brook Center for News Literacy The full News Literacy course, developed at Stony Brook University, organizes the material into 8 concepts that are spread amongst our 14 week course that take students from the first information revolution of Johannes Gutenberg's printing press to the Digital Age of Mark Zuckerberg's Facebook. Each lesson stands alone or can easily be integrated into your program. Below, find a summary of each of those lessons, and a link to the most updated version of the teaching materials for each from our professors at Stony Brook University. Each of the following Course Packs include PowerPoint presentations, associated media, lecture notes, and recitation materials.

Did Media Literacy Backfire? - Data & Society: Points Update: On March 9, 2018, I gave a talk expanding on my ideas in this post after a year of reflection/research. You can read the talk crib and watch the video at here: “You Think You Want Media Literacy…. Do you?” Anxious about the widespread consumption and spread of propaganda and fake news during this year’s election cycle, many progressives are calling for an increased commitment to media literacy programs.

#alternativefacts Propaganda (noun): Information that is often exaggerated or false and spread for the purpose of benefiting or promoting a specific individual or cause. Fake news is, quite simply, news (“material reported in a newspaper or news periodical or on a newscast”) that is fake (“false, counterfeit”) - #alternativefacts Spin Journalism (noun): News and information that is manipulated or slanted to affect its interpretation and influence public opinion. Opinion (noun): A belief or judgment that rests on grounds insufficient to produce complete certainty.

7 vital browser plugins for newsgathering and verification UPDATE – This article was originally published on Jan 6 2016, but has been updated with the first two tools. Know of any others we may have missed? Let us know on Twitter. When breaking news can travel the world in seconds, it is important for journalists to have the tools at their disposal to get to work fast. When searching the web, what quicker way is there to have those tools available than directly in the browser window? Most browsers have a catalogue of programs and software to make your browsing experience more powerful, like a smartphone app store. Artist fools tourists with monument to giant-octopus attack on Staten Island Ferry It’s the city’s secret tragedy: the giant-octopus attack on the Cornelius G. Kolff, a Staten Island Ferry boat dragged to a ­watery grave with 400 souls aboard on Nov. 22, 1963. Few recall the harbor horror because news coverage was eclipsed by the shocking assassination of John F.

Learning To Spot Fake News: Start With A Gut Check : NPR Ed Which of these statements seems more trustworthy to you? 1) Americans are drowning in a tsunami of ignorance! There is a conspiracy at the highest levels to replace all knowledge with propaganda and disinformation. 2) A recent Stanford University report found that more than 80 percent of middle schoolers didn't understand that the phrase "sponsored content" meant "advertising." Evaluating Sources in a ‘Post-Truth’ World: Ideas for Teaching and Learning About Fake News Back in 2015, when we published our lesson plan Fake News vs. Real News: Determining the Reliability of Sources, we had no way of knowing that, a year later, the Oxford Dictionaries would declare “post-truth” the 2016 word of the year; that fake news would play a role in the 2016 presidential election; that it would cause real violence; and that the president-elect of the United States would use the term to condemn mainstream media outlets he opposes. Back then, to convince teachers that the skill was important, we quoted Peter Adams of the News Literacy Project on the “digital naïveté” of the “digital natives” we teach. Now, however, we doubt that we need to convince anyone.

The Truth Is Out There: Fact-Checking Resources for Students Do you ever feel like you have slipped into an episode of "The Twilight Zone" or "The X-Files" when you see some of the “facts” your students share? Do you wonder where they found these “facts,” or how to convince students that they might not be using the most reliable of resources? Frightened by what your students consider to be "facts"? Show them how to find the truth with fact-checking websites and reliable news resources. Think back to the fall 2017: How many times did you open your Facebook or Twitter feed and see that friends and acquaintances had posted articles with headlines like “Flight Crew Takes a Knee, Leaving New Orleans Saints Stranded” or “Plastic Surgeon Develops High Heel Foot Surgery,” purporting that one could have their feet surgically altered to look like high heels? How many of you rolled your eyes and scrolled patiently past the post?

The Hidden Audience of the Factitious News Game – Bob Hone Clever Workaround For Sara Hood, reference librarian at the Santa Fe Community College library, the original Factitious game wasn’t configured to support the information literacy workshops she presents at the college. That game version would pull 15 articles at random from a set of 45 possible articles to allow players to play the game multiple times. I Found It On the Internet, It Must Be True: Fact vs. Opinion for Middle School Students Actual text message exchange between one of the authors of this blog and her child: While this particular fun fact turned out to be entirely true, what caused a double take was the last little bit of this text exchange: “fun facts that I found on the internet.” What makes this conversation even more relevant (and extraordinarily more horrifying) was that we had just finished presenting a session on fake news and information literacy at a conference and here was one of our own flesh and blood finding “facts” on the internet. Fact vs. fiction

IFLA Statement on Fake News The phenomenon of ‘fake news’ has risen to prominence in many countries, regularly appearing in political debate. IFLA is concerned by the risk that this can pose to access to information, where people do not have the skills to spot it, but also by the way it is used by governments to justify potentially repressive policies. The Chair of the IFLA Advisory Committee on Freedom of Access to Information and Freedom of Expression, Martyn Wade, said 'Freedom of access to information is a right of all, and the increase in activities intended to deliberately mislead citizens leads inevitably to damaging everyone's human rights'.