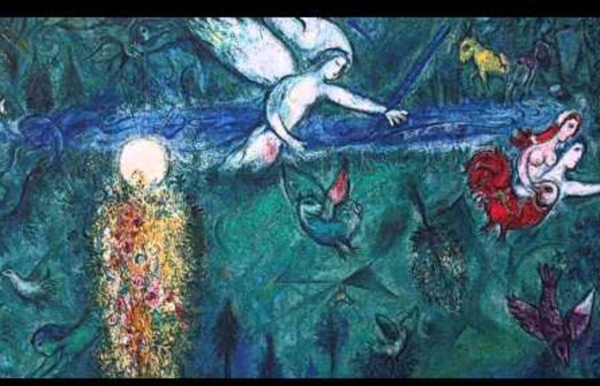 Music Traditions in Indonesia More than 17,000 islands make up the Indonesian archipelago, and the nation has a cultural diversity that reflects this enormous size. Although the gamelan is the most recognized musical style in Indonesia, there are literally hundreds of distinct musical traditions, some kept alive by only a handful of people. In addition to traditional musical modes, Indonesia also has a vibrant popular music scene, integrating aspects of traditional arrangements with styles borrowed from the West and Asia. History The gamelan is a large collection of percussion instruments played as an ensemble. Gamelan originated nearly 2,000 years ago, and is attributed to the god-king Sang Hyang Guru in Java in the 3rd century.

Peruvian Music The Peru music is a fusion of sounds and styles drawing on Peru's Andean, Spanish, and African roots. After hundreds years of cultural mixing, there have been created a broad musical landscape over Peru. Typical instruments used are, for example, the flute and the antara or zampoña, the box and the traditional guitar, which in Peru has also a smaller variant, known as the "charango" and mandolin. There are thousands of pre-Hispanic dances and mestizo. Central, northern and southern Andes is famous for preserving traditional rhythms and huayno parade. These represent different cultures gotten in the mountains of this country and those currently in force.

List of Best Klezmer Artists/Groups Klezmer artists list, with photos, ranked best to worst by votes. List of good klezmer bands includes a filter so you can sort by the groups’s label and what albums they've put out. This list of the top klezmer bands in the world includes all musicians who have released recordings that have gotten distribution, and is an up-to-date list. KLEZMER MUSIC Klezmer music originated in the 'shtetl' (villages) and the ghettos of Eastern Europe, where itinerant Jewish troubadours, known as 'klezmorim', performed at joyful events ('simkhes'), particularly weddings, since the early middle age till the Nazi and Stalinian prosecutions. It was inspired by secular melodies, popular dances, 'khazones' (khazanut, Jewish liturgy) as well as by the 'nigunim', the simple and often wordless melodies, intended by the 'Hasidim' (orthodox Jews) for approaching God in a kind of ecstatic communion. In (mutual) contact with Slavic, Greek, Ottoman (Turkish), Gypsy and -later- American jazz musicians, using typical scales, tempo and rhythm changes, slight dissonance and a touch of improvisation, the 'klezmorim' acquired the ability to evoke all kinds of emotions, through a very diversified music. back home

List of books and articles about Japanese Music Japanese music, the highly eclectic musical culture of the Japanese islands. Over the years, Japan has borrowed musical instruments, scales, and styles from many neighboring areas. The indigenous music present before AD 453 consisted of chanted poems (reyei and imayo), traditional war and social songs (kume-uta and saibara), and the kagura, solemn Shinto temple music. All were recitations on a few notes. The importation of foreign music, particularly from China, began in the 5th cent. and continued into the 12th cent. The ancient ceremonial music imported from China, which the Japanese called gagaku, no longer exists in China but has been preserved almost intact since the 5th cent. by a continuing tradition of performance in the imperial court of Japan.

Klezmer Music 101 - Jewish Traditions By Megan Romer Updated October 04, 2016. Originally, the word "klezmer," from the Yiddish language, meant "vessel of song" and later, simply "musician." What Instruments Are Played in Klezmer Music? Klezmer music is a Yiddish folk music that developed during the renaissance in Eastern Europe. The style features mainly acoustic instruments, though modern American takes on the style incorporate drums and vocals into the blueprint, as well. Because of its origins, klezmer is still considered a form of Jewish music, and is frequently heard at Jewish weddings and other functions. Violin

Klezmer fiddle Klezmer (Yiddish: Klezmer (כליזמר or קלעזמער, pl. כליזמר, כליזמרים, from the Hebrew כלי זמר meaning "vessel of song") is a genre of fiddle music rooted in the medieval shtetl (villages) of Eastern Europe, where wandering Ashkenazi[1] musicians (Klezmorim) played at bar mitzvahs, weddings and holidays (simkhes).[2] ritual of rabbinic Judaism.[3] Influences[edit] Antecedents[edit] CDs Rule Japan's Music Market, Thanks to Girl Groups and Add-Ons - Businessweek Ritsuhiko Tajima has about 100 CDs by his favorite artist, Japanese girl group AKB48, many of them copies of the same disc. The attraction? The CDs often include tickets to events where he can briefly meet his idols. “I don’t think I’ll ever get tired of them,” the 28-year-old nursing assistant says as he waits at the group’s Tokyo theater for a monthly sale of limited-edition photos of its members. “They’re pop stars that I can come visit.”

What is Jewish Music? Jewish music stems from ancient prayer chants of the Levant some 3000 years ago. The musical notation that developed and that we find in the bible today is one of the most ancient forms of notated music, and yet it is still in current practice all over the world today. Jewish music has been constantly adapting to new conditions and yet retaining its identity in many widely differing ethnic, social and religious environments. Through its daughter religions, the music of Judaism is one of the fundamental elements in the understanding of the sacred and secular traditions of Europe and the Near East, first having influenced, and then having been influenced by, the music of Christian and Islamic cultures. The study of Jewish music encompasses many genres of religious, semi religious and folk music used in the synagogue and in the Jewish home and also art music using Jewish texts or themes. Ashkenazi Music (Klezmer)

African Music -Part One by Dumisani Maraire, Ph. D. The html code, hyperlinks, and linked knowledge webs associated with this chapter are not part of the original chapter cited above, and are authored by Jack Logan, Ph.D. African music, which is nearly always coupled with some other art form, expresses the feelings and life of the entire community.

The term klezmer comes from the Hebrew words "kley zemer", referring to the musical instruments themselves; gradually, the identities of the musician and his instrument merged to be covered by the one term. References to klezmer bands are found in surviving town records, memoirs, and historical accounts as early as the 15th century. Paintings and woodcuts from those times show Jewish musicians playing instruments similar to those of their non-Jewish neighbors. The connections between secular and liturgical Jewish music are evident in klezmer scales and ornamentation, which derive from prayer modes and vocal styles used in cantorial music. This sets Jewish music apart, but there was also much cross-fertilization with non-Jewish music of the regions. Jews and non-Jews, especially Gypsies, often played together. Jewish musicians preferred for their wide traveling, broad repertoire, modesty, and sobriety were often hired to play at non-Jewish weddings. by amadolazyr May 6