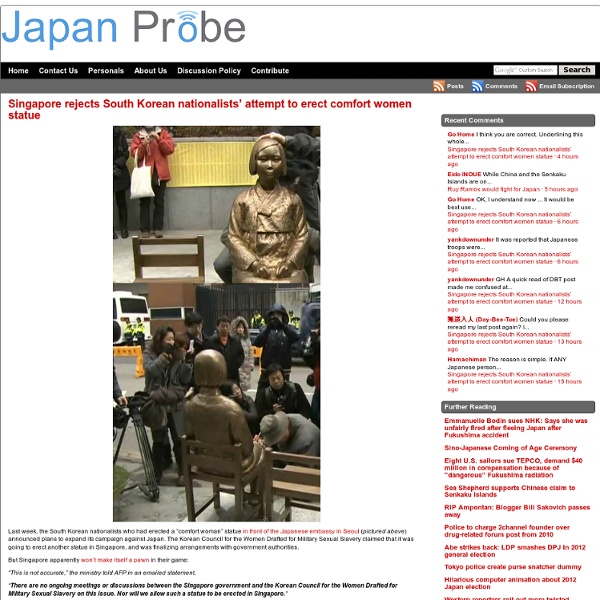 Japan Zone - Entertainment News from Japan Short but evocative, this video is a must-see for anyone who has either spent time in Japan or has always dreamed of going. Produced by AmnesiArt, a film and Fine Art photography production created by Nick Arcivos and Ryan Earl, this film gives you the opportunity to explore the country through Tokyo, symbol of modernity, Nara, and Kyoto, the cultural capital. A first stay in Japan has allowed them to discover its rich culture, its fascinating architecture and friendly people. "The idea behind this film was thought out in two steps: The first took place a few years ago, after discovering this beautiful country and the desire that gave them to capture the special atmosphere of Japan. They wanted to let people discover the wonders offered by this country through its gastronomy, architecture and culture. They had in mind to seduce not only fans of Japan, but also people who don't know this wonderful destination.

Non-Mainstream Post-90s Generation “Fei Zhu Liu” Fashion From NetEase: Chinese and foreign post-90s generation fei zhu liu photographed on the streets. An unusual of aesthetic. [What is "fei zhu liu"?] Some may have been posted before. Comments from NetEase: pqxtzb608276: TMD scared the shit out of me, are they people? 王少博: They really have socialist characteristics! 布娃娃 Don’t they know that others look at them as if they were looking at monsters? 侗乡风情郎: Aliens. 明成皇后: This shows that our society is becoming more and more tolerant, and that’s good. cyj520cdl: There will always be mental retards!!! kele78965412: These days there are a lot of SB in certain hair salons who do [their hair] like this…truly SB. bing080202: They are all rubbish….throw them out of the country. wuhahac: Um, I’m also a Post-90s kid but I’m not like them either. 个忧: Jia you then, China’s future… 鼎睿教育: In summary, the uglier a person is, the more willing they are to make themselves alternative/out of ordinary, [because] it helps them attract other people’s attention, remember this! 郴州福康诊疗: 江苏网友:

Japan it UP! - American living in Japan Blog TOKYOMANGO Ask a Korean!