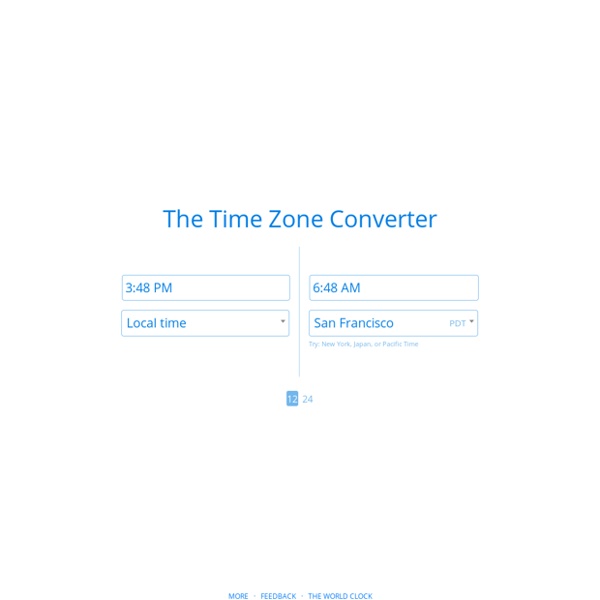 In 'Tea Time', 60 Years of Illusions and Pretense Are Pleasantly Lost Maite Alberdi Alicia, Gema, Angelica, Ximena, María Teresa Muñoz (ITVS)PBS: 27 Jul 20152014 “In a family, the father and mother have different obligations.” Serengeti Wildlife Monitoring - Wildlife ACT Overview We are seeking volunteers to join in the implementation of the bi-annual biodiversity monitoring program at a privately owned wildlife refuge in the Great Serengeti Ecosystem. On the expedition, volunteers will also visit world famous wilderness areas, including a night camping on the Ngorongoro Crater rim with a day exploring the wildlife within, and seeing Lake Natron! Volunteers will have the opportunity to contribute REAL data for the management of the refuge. They will learn how to use GPS, navigational tools and species identification techniques to conduct transects for large mammals and create giraffe identikits.

Lush Life: The Music of Brazil's Doris Monteiro Like a hot breath of summer, Doris Monteiro’s Agora opens with the sultry rhythms of a most startling number, “Maitá”. In it, she sings of the innocuous pleasures of escape; leaving for no reason other than the possibility that the view is better somewhere else. Maybe it’s a stretch of land, a farm, some earthly respite situated by the sea. Whether she gets there or not isn’t the point. Bitcoin Exchange Unichange.me Offers Virtual and Plastic Bitcoin Debit Cards and Much More Innovative Bitcoin exchange platform Unichange.me is pleased to announce instant virtual Bitcoin debit cards and a range of other essential services to the Bitcoin ecosystem. Unichange.me is a leading cryptocurrency and e-currency exchanger. It has been in the market of digital currency exchange since 2013. This digital currency exchanger is rightly seen as a global leader. “There is no key to success. You just have to do your best.

Cats in Persian manuscripts Since August 8th is International Cat Day, it seemed a good excuse to publish some of the more picturesque felines from the manuscripts we have been working with during the last three years of our project ‘Digital Access to Persian Manuscripts’. Double-page opening to the tales of the two jackals Kalilah and Dimnah, by Naṣr Allāh ibn Muḥammad, dated AH 707/1307-8. Here the king is enthroned on the left, surrounded by courtiers with two lions beneath and, on the right, hunting cheetahs, a horse and a hawk (Or.13506, ff 2v-3r) The most frequently illustrated is probably the lion who features alternately as the noble king of the animals and a ferocious wild creature. In the context of animal tales, which abound in Persian literature, the lion is often accompanied by the leopard. The snow leopard, especially, was prized for its coat which, like the famous tiger skin of the warrior Rustam, appears in paintings, worn by heroes and kings.

SpectroCoin Bitcoin is a cryptocurrency where the creation and transfer of bitcoins is based on an open-source cryptographic protocol that is independent of any central authority. Bitcoins can be transferred through a computer or smartphone without an intermediate financial institution. SpectroCoin provides a safe environment to buy and sell bitcoins through bank account and other payment methods. SpectroCoin also provides a bitcoin e-wallet service to safely hold, spend and receive bitcoins without downloading any software. SpectroCoin merchant service allows entrepreneurs an easy access to collect bitcoin payments. No - we do not allow 3rd party payments.

‘I rule my own ocean micronation’ Michael Bates grew up seven nautical miles off the coast of England, on a platform made of concrete and metal. Michael, the son of Roy Bates, is the Prince of the Principality of Sealand, a contested micronation that, despite its size, has become a darling of adventurers and journalists alike. Sealand has a football team, its flag has been run up Mount Everest, and it offers personalised knighthood for a mere £99 ($145). Today, as futurists, tech billionaires and libertarians start looking to the sea for the next stage of cities and governance, Sealand serves as a tiny example, a strange and intriguing case study of all the good and the bad of living on the waves. What can the experiences of the Bates family tell those who dream about ocean living?

BitsForClicks - Free Bitcoins About Bitcoin Casino Bitcasino.io is an online casino for bitcoin players only! You can deposit, play and withdraw money with bitcoins - the only currency accepted at BitCasino.io. Play the most popular bitcoin slots and tables games at BitCasino.io! Hygge: The Dark Side of Danish Comfort, a Story by Dorthe Nors Dorthe Nors | Longreads | August 2015 | 8 minutes (1,904 words) Our latest Longreads Exclusive is a previously unpublished short story by Danish writer Dorthe Nors, as chosen by Longreads contributing editor A. N. Ballet in Brazil's 'Crackland' On the outskirts of Sao Paulo in Brazil, the rough Luz neighbourhood - known as Cracolandia or "Crackland" locally for its widespread use of crack cocaine – might seem a world away from the beauty and grace usually associated with ballet. But there’s another side to life in Luz, in a country that’s among the world's biggest consumers of crack cocaine. Young girls get in a minibus, sometimes with people sleeping on the streets around them, and travel to the New Dreams dance studio, where they don pointe shoes, tights and tutus to take ballet classes. For the young girls learning to jump, plie and pirouette, the studio aims to introduce them to the discipline and rewards of ballet.