What Does the World Eat for Breakfast? 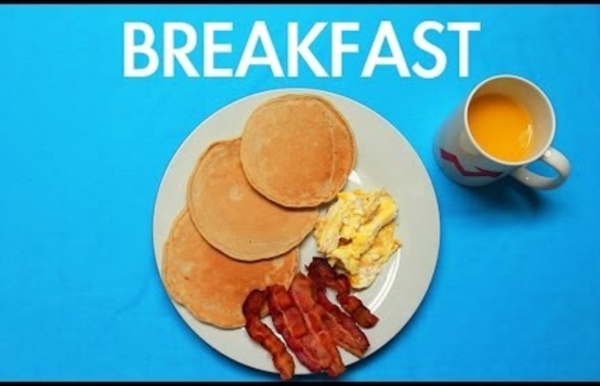 School Years around the World World and News > World Stats and Facts by Mark Hughes Somewhere in the world, right now, students are hard at work in school. With over 190 nations spanning the globe’s 24 time zones, students and their academic years come in a variety of forms. Christmas Links Reading, songs & Carols Christmas in Great Britain List of Christmas Words Christmas Project Song: Jingle Bell Rock Song: Jingle Bells WebEnglish.se Background English Speaking Countries A list of 87 countries where English is spoken as a first or an official second language Warm-up World Englishes (1:09) 30 countries with a million English speakers shown on a map Shakespeare around the world Did you know that children in every continent of the world study Shakespeare? From pupils in Denmark studying Hamlet, to 15-year-olds in China learning scenes from The Merchant of Venice, millions of students are introduced to his stories every year. Shakespeare’s Globe Shakespeare’s Globe theatre in London welcomes school groups throughout the year to find out more about Shakespeare and why his plays remain so popular. More than 20,000 high school students come to us from Germany each year, with thousands more visiting from the Netherlands, Singapore, the USA and South Africa,

New York 4-9 ⋆ Elementary, Intermediate, Themes Songs I LOVE NY (2:20) A song about the famous places (any age)Frank Sinatra – New York, New York (4:18) (any age) with Listening Activities (5-9) Worksheets Places in the city – vocabulary A wordlist with definitions (yr 4-6)New York City sights A handout with pictures and names of the sights to match (yr 4-8)53 FREE ESL new york worksheets form iSLCollectives. Registering Required (yr 4-9) Lesson Plans Fly Through 17th Century London M@ Fly Through 17th Century London A group of students at De Montfort University created this fly-through of 17th century London (skip to 0:50 in the video to get to the juicy stuff). The model focuses on the area around Pudding Lane and the bakery of Thomas Farriner, where the Great Fire of 1666 started. Although most of the buildings are conjectural, the students used a realistic street pattern and even included the hanging signs of genuine inns and businesses mentioned in Samuel Pepys' diary. More information on the source material and processes can be found on the team's blog.

Shakespeare, year 9 – WebEnglish.se About This theme page presents lesson plans and materials about Shakespeare’s Life for year 9 of Swedish Compulsory School. The aim is to make students understand what life was like in Elizabethan England 400 years ago and learn about Shakespeare’s biography. Warm-up Introducing the year of celebration, 400 years after S’s death Songs