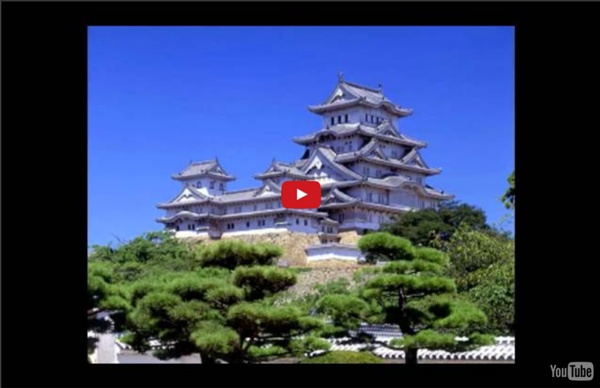 About Japanese Music The earliest forms of music were drums and flute music accompanying the kagura shrine dances. From the 6th century on, music came from Korean and Chinese courts and monasteries and was performed at the Japanese court under the generic name gagaku (court music). The 8th-century court established a music bureau (gagakuryo) to be in charge of musical duties, both ritual and entertainment. Meanwhile with the introduction of Buddhism to Japan in the 6th century, Buddhist rites and liturgical chants gave rise to the development of a great variety of bells, gongs, wooden clappers, plaques, percussion tubes, and rattles, many of which found their way also into kabuki music of the Edo period (1600-1868). As Japan changed from a court to a military-dominated culture in the 12th century, theatrical genres of music started to develop. Japanese musical instruments are dominated by plucked string, flute and percussion instruments.

Indonesian Music and Dance | Sumunar Central to the performing arts traditions of Indonesia are gamelan music, dance, and wayang kulit or shadow puppetry. Gamelan Music A gamelan is a percussion orchestra indigenous to Indonesia, with variants in different areas of this vast Southeast Asian republic (the Sumunar Gamelan Ensemble plays on a Javanese set). Made primarily of bronze, the instruments include suspended gongs of various sizes, small gongs supported horizontally on wooden racks, metallophones of several sizes (bars resting on a resonating box–like a xylophone, but metal), and one true xylophone (wooden bars). Two stringed instruments, a bamboo flute, and singing voices are frequently included. All instruments in a set have similar decoration, including wood carving and finish. Each gamelan is tuned independently, not matching the tuning of any other set. A gamelan ensemble varies from six to 35 or more instruments and players, depending on the occasion and setting. Indonesian Dance Shadow Puppetry

What is Klezmer Music? What is Klezmer Music?by Becky Weitzman Klezmer (klez´mær) n. 1 pl. klez´mor·im´ (-mæ reem´) a) [Historical] an itinerant musician who performed at Jewish weddings and holiday celebrations in Eastern Europe b) a musician who performs instrumental Jewish folk music derived from Eastern European folk songs, Hebrew melodies, etc. 2 this instrumental folk musicfrom Webster's NewWorld Dictionary When my non-Jewish friends ask me what is Klezmer, my typical answer is always, "You know - the music from Fiddler on the Roof. The Yiddish word Klezmer is derived from the Hebrew words, klay (instrument) and zemer (music). When the Jews of Eastern Europe began immigrating to North America, they brought Klezmer music with them. Thankfully, over the past 30 years or so, Klezmer music is enjoying a remarkable comeback. For comments on this website email webmaster@tepel.org

the KlezmerShack Khaled: The King Of Rai hide captionKhaled performs in London in 2008. Philip Ryalls/Redferns/Getty Images Khaled performs in London in 2008. Algerian singer Khaled is known as the King of Rai — a kind of North African music with roots in traditional folklore. He was born Khaled Hadj Brahim in 1960 in the Mediterranean port city of Oran — or "Crazyville," as he once called it. Khaled was also a bad boy, a playboy and a partier, even rejecting the polite traditions of Algeria's poetry. "When I sing rai," Khaled said, "I talk about things directly: I drink alcohol, I love a woman, I am suffering. A Voice Of Defiance Khaled's directness and his force-of-nature voice, which blurs the lines between anguish and ecstasy, made him the darling of Oran's cabarets and wedding parties. In 1989, it became dangerous for Khaled to stay in Algeria, where artists and intellectuals were being killed by fundamentalists.

Café de Paris: 18 French Accordion Classics - Various Artists This was the first of Music Club's two compilations dedicated to the bal-musette, an accordion-based tradition that, to many, is the very soul of Paris. While the subsequent release, Sound of Paris, concentrates primarily on modern bands, these 18 tracks cover some of the best-known interpreters who were active from 1930 through 1941. The ambience here is quite different from that of the second set, more like a black-and-white photo by Robert Doisneau than a tourist's color-saturated Polaroid. The performers are barely two generations removed from the homesick Auvergnat (natives of the Auvergne, a mountainous region in southern France) migrant workers who once puffed their imported bagpipes at bar dances.

African Music Samples African Music Samples Camilla Productions – 505/332-3779 popysele@yahoo.com A rural village in Lesotho, Southern Africa Camilla Productions provides a wide range of Multicultural Programs for community and private gatherings for all ages. Camilla was born in Lesotho, in Southern Africa, where she first trained as a teacher. Camilla is now delighted at the opportunity to offer her unique talents and expertise to New Mexico and the rest of the United States. · Ba Thang Kla Na · Bolella · Fiela · Katse · Khalong la Matelile · Lesotho National Anthem · Litsitsili · Mppulele · Re Bineng Ka Thabo · Taxi Pata Pata · Utloang Sefifo · You Are The One

African Music -Part One by Dumisani Maraire, Ph. D. The html code, hyperlinks, and linked knowledge webs associated with this chapter are not part of the original chapter cited above, and are authored by Jack Logan, Ph.D. African music, which is nearly always coupled with some other art form, expresses the feelings and life of the entire community. The sound of feet pounding the ground becomes the rhythm of the music whose notes are in turn transformed into dance steps. -Francis Bebey (African Musician and Scholar) African Music and the African Diaspora What is the African Diaspora? Before you begin this part, please take a picture tour from Zimbabwe in the South to Morocco in the North to get a sense of the African continent. Additionally, see a slide movie in preparation for reading this information on African music. African Music is best understood by rejecting the notion that it is "primitive" music. , melody , harmony , musical instruments , meter , and timbre , et al.) are, broadly speaking, those of Western music.