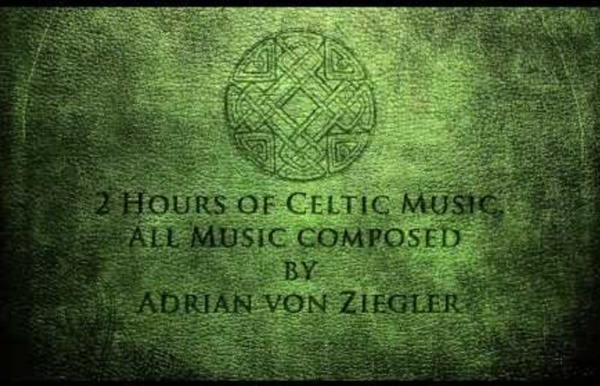 Eurasians more attractive than ugly Caucasians, not average Caucasians: a reply to Gillian Rhodes Recently, John Jay Ray posted part of a media report on a study alleging greater attractiveness ratings of Eurasian faces compared to Caucasian and Asian faces. Surprisingly, John did not comment on the methodology used in the study, but its ridiculous absurdity needs to be exposed. The study consisted of three experiments. Vallenato Origins[edit] The first form of Vallenato was played with gaita flutes, guacharaca, and caja, and later adopted other instruments like guitars. These troubadors were later influenced by Europe's instruments: piano and accordion. Celtic music This article is about the modern folkloristic genre and its history. For the music and instruments of the ancient Celts until late Antiquity, see Ancient Celtic music. Description and definition[edit] It is common for the melodic line to move up and down the primary chords in many Celtic songs. There are a number of possible reasons for this: 'Melodic variation can be easily introduced.

Human Anatomy Fundamentals: Advanced Facial Features In our last lesson we covered the basic, undifferentiated proportions of the face and shapes of its features. Now we look at how to make it unique: characteristics of gender, age, ethnic origin and other random genetic diversity. As is the case with the rest of the body, male and female faces vary from the extreme characteristics of their gender, to androgynous ambiguity. This section covers the former – the extremes of female and male features displayed in the face.

Klezmer Music 101 - Jewish Traditions By Megan Romer Klezmer Music - The Basics: Originally, the word "klezmer", from the yiddish language, meant simply "musician". 5 Celtic Rock Bands You Should Know - Recommendations GaelicStorm.com If there’s one musical genre that doesn’t get a whole lot of media attention, it’s Celtic rock. In fact, I'd bet that some of you reading this aren't 100 percent sure what Celtic rock is, so here's the gist: it's a blending of traditional Irish and Scottish music which utilizes bagpipes, fiddles, tin whistle and other Celtic instruments with modern rock melodies.

Human Anatomy Fundamentals: Additional Tips - Tuts+ Design & Illustration Tutorial In this penultimate Human Anatomy lesson, we'll look at some things that didn't fit into the main lessons but are very useful to know. Below you can see how the muscle lines joining the arm to the torso look when the arm is in different positions. They are the same with females, where the pectoral line simply flows into the outline of the breast. The underarm line always tucks in under the pectoral line, but is in front of the back line if that is visible.The trapezius line goes behind both the neck and the deltoid line.When the arm is held out, the biceps line is entirely in front, overriding both deltoid and forearm. Note how it flows into the pectoral line, even if their connection is not visible (it can be, in muscular or sinewy bodies).When the arm is raised, the trapezius line is still behind and can altogether disappear if the deltoid is very bulky. The elbow is a hinge-like joint, which results in a peculiarity: it is pointy when bent, and hollow when extended.

Traditional Indonesian Music Gamelan music is the most popular and important kind in Indonesia. Gamelan orchestras accompany all dances and dramas. Gamel means ‘to hammer’, and most of the instruments of a gamelan orchestra are struck with wooden mallets, padded sticks or hammers.The conductor of a gamelan orchestra is a drummer who is part of the orchestra. Instruments of a gamelan orchestra A complete orchestra could have about 40 or more different instruments. Marc Picks the Best Celtic Folk Music of 2014 The old year is behind us, and I scanned the 2014 shows of the Irish & Celtic Music Podcast to pick my absolute favorite Celtic Folk Bands of 2014. I’ll admit, it wasn’t too hard to pick because each and every week, I scan and listen to my podsafe Celtic music playlist. A song comes up. If I love it (or it’s new), I play it. Some bands I play more often than others.

Human Anatomy Fundamentals: Drawing Different Ages Throughout these lessons I have touched upon how age changes things in the body and particularly in the face. Here we will look at the full progression of the body and face from birth to very old age. Let's get this clear: Everyone ages differently. The diagrams below are not meant to be invariably true to the letter, but to help you draw people that look their intended age. I know for myself that while I was learning to draw, I ended up with many children who looked eerily world-weary, or adults stuck in their twenties, before I identified the visual clues of age that I was misusing. They are collected here to save you much trial and error, but you will not need to use them all – as a matter of fact, unless your style is very realistic, you might want to use the fewest possible, just what is enough to make a character's age clear.

Traditional Japanese Music - Koto - Virtual Culture The history of traditional music in Japan is rich and varied. Many musical forms were imported from China more than a thousand years ago, but over the years, they were reshaped into distinctively Japanese styles of expression. Instruments were adapted and newly created to meet local needs, and the most important of these were the shamisen, shakuhachi, and koto. The shamisen resembles a guitar; it has a long, thin neck and a small, rectangular body covered with skin. It's got three strings, and the pitch is adjusted using the tuning pegs on the head, just like a guitar or violin.

Human Anatomy Fundamentals: Mastering Facial Expressions To anyone whose illustration work includes characters, facial expressions are like this computer monitor: if it doesn't work right, then all the brilliant engineering that went into building the hard drive is wasted. The human face ranks at the very top of the hierarchy of things the eye is immediately drawn to: if a face is visible in a given composition, the very first thing we look at is its expression. The body expresses action, but the face is a window into someone's inner life, and the expression of this inner life in a character makes all the difference between a skilled, observant artist (or writer) and a wooden one. These are two massively important reasons why we should really work on this particular skill. A facial expression that is alive can make up for some weaknesses in proportions (partially because it will keep the eye from wandering away from the face!)

What is celtic music? The term 'celtic music' is a rather loose one; for the purpose of Ceolas, it covers the traditional music of the celtic countries - Ireland, Scotland, Wales, Brittany (in France), Galicia (in Spain) and areas which have come under their influence, such as the US and the maritime provinces of Canada, as well as some newer music based on the tradition from these countries. The term is sometimes controversial. For starters, the Celts as an identifiable race are long gone, there are strong differences between traditional music in the different countries, and many of the similarities are due to more recent influences. There is also the notion that 'celtic' implies celtic mysticism and a particular influence in new-age music which has little to do with traditional music.