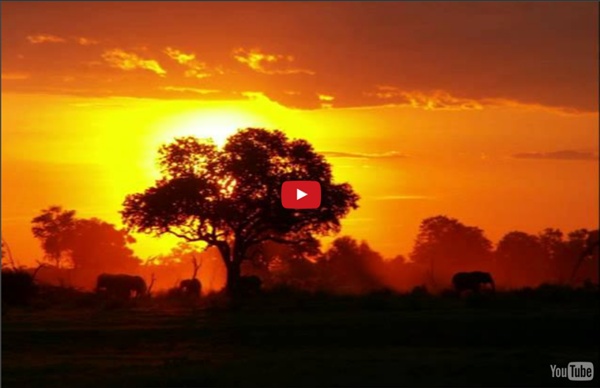 Articles: Africa 100: The Indestructible Beat Note: This article was originally published in April 2005. It was created at a time when African music was on the cusp of becoming an increasingly large part of the Western pop culture landscape. Portions of it have been updated to reflect changes in the past five years-- particularly changes in the number of compilations and labels available. Unlike last week's article on contemporary sounds in West Africa, this one is largely devoted to reissue and cratedigging culture, to the great African music of the previous couple of generations. The Africa 100 section, in which author Joe Tangari creates an imagined introduction to Afrobeat, highlife, and a few other large strains of African pop music has not had its selections altered; however, we have added Lala links to many of the entries. Afropop music is a sound and a movement, music and a state of mind. From Sea to Shining Sea Music in West and East Africa (a disclaimer) Highlife Time A Bit of History Fela Music Is the Weapon

Music of Africa Overview of musical traditions in Africa Like the music of Asia, India and the Middle East, it is a highly rhythmic music. The complex rhythmic patterns often involving one rhythm played against another to create a polyrhythm. The most common polyrhythm plays three beats on top of two, like a triplet played against straight notes. Another distinguishing form of African music is its call-and-response nature: one voice or instrument plays a short melodic phrase, and that phrase is echoed by another voice or instrument. Traditional music in most of the continent is passed down orally (or aurally) and is not written. Music is important to religion in Africa, where rituals and religious ceremonies use music to pass down stories from generation to generation as well as to sing and dance to. Music by regions[edit] North Africa and the Horn of Africa[edit] West, Central, Southeast and South Africa[edit] African traditional music is frequently functional in nature. Musical instruments[edit]

A Brief History of African Popular Music During the 1980s, the West rediscovered the folk music of Africa. Afro-rock started with commercial groups based in the west, such as Osibisa. The cross-pollination took place in both directions: western popular music adopted elements of African music, while African music adopted elements (particularly the studio techniques) of western music. During the 1980s, the styles and genres of the various African countries, such as South Africa's "mbaqanga", Zimbabwe's "jit", Zaire's "soukous", Nigeria's "juju" and Ghana's "highlife", had a chance to develop and proliferate around the world. Congo TM, ®, Copyright © 2003 Piero Scaruffi All rights reserved. See African music of the 1950sAfrican music of the 1970sAfro-pop of the 1980s Congolese keyboardist and musicologist Ray Lema Ansi Nzinga relocated to France, where he achieved the rumba, rock, funk and reggae fusion of Kinshasa- Washington DC- Paris (1983). Ghana Nigeria South Africa South Africa had a melting pot of its own. Rai Mali 1980s1990s Senegal

Instruments in Celtic Music Music of Africa Given the vastness of the continent, the traditional music of Africa is historically ancient, rich, and diverse, with the different regions and nations of Africa having distinct musical traditions. Traditional music in much of the continent is passed down orally (or aurally) and is not written. In Sub-Saharan African music traditions, it also frequently relies heavily on percussion instruments of every variety, including xylophones, drums, and tone-producing instruments such as the mbira or "thumb piano."[1][2] Music by regions[edit] North Africa and the Horn of Africa[edit] With these may be grouped the music of Sudan and of the Horn of Africa, including the music of Eritrea, Ethiopia, Djibouti and Somalia. West, Central, Southeast and South Africa[edit] Geo-political map of Africa divided for ethnomusicological purposes, after Alan P. African traditional music is frequently functional in nature. Musicologically, Sub-Saharan Africa may be divided into four regions:[6]

Given the vastness of the continent, the traditional... Music of Indonesia The music of Indonesia demonstrates its cultural diversity, the local musical creativity, as well as subsequent foreign musical influences that shaped contemporary music scenes of Indonesia. Nearly thousands of Indonesian islands having its own cultural and artistic history and character.[1] This results in hundreds of different forms of music, which often accompanies dance and theatre. Musical instruments[edit] Balinese gamelan performance. SambaSunda music performance, featuring traditional Sundanese music instruments such as kecapi, suling, and kendang. The musical identity of Indonesia as we know it today began as the Bronze Age culture migrated to the Indonesian archipelago in the 2nd-3rd century BC.[3] Traditional musics of Indonesian tribes often uses percussion instruments, especially gendang (drums) and gongs. Gamelan[edit] With the arrival of the Dutch colonizers, a number system called kepatihan was developed to record the music. Kecapi suling[edit] Main article: Kacapi suling

Instruments in African Music Kelzmer Drums are by far the most popular instrument used in African music and it known to bring the life to the song. Traditional Korean musical instruments Traditional Korean musical instruments comprise a wide range of string, wind, and percussion instruments. String[edit] Korean string instruments include those that are plucked, bowed, and struck. Most Korean string instruments use silk strings, except as noted. Plucked[edit] Bowed[edit] Struck[edit] Yanggeum (hangul: 양금; hanja: 洋琴) – A hammered dulcimer with metal strings, struck with a bamboo stick Wind[edit] Flutes[edit] Oboes[edit] Piri (hangul: 피리; hanja: 觱篥) – A cylindrical oboe with a bamboo body. Mouth organs[edit] A player of the nabal Horns[edit] Percussion[edit] Chimes[edit]