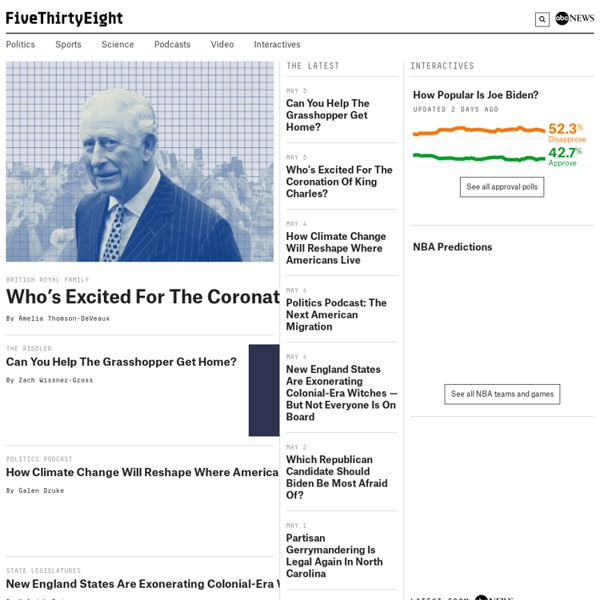 Related:  Data Visualizations • Websites useful or fun • TOK • For Living Websites • i have questions and needs

Cognitive Biases and the Human Brain I am staring at a photograph of myself that shows me 20 years older than I am now. I have not stepped into the twilight zone. Rather, I am trying to rid myself of some measure of my present bias, which is the tendency people have, when considering a trade-off between two future moments, to more heavily weight the one closer to the present. A great many academic studies have shown this bias—also known as hyperbolic discounting—to be robust and persistent. To hear more feature stories, see our full list or get the Audm iPhone app. Most of them have focused on money.

Flaneur Magazine »Rome is so boring, Rome is so dry.« Architectural performance group LAC, ATI and Stalker believe the answer to Rome’s future is the transformation of the ancient ruin Largo Argentina (located on Corso Vittorio Emanuele II) into a lake. Let the Romans swim! Let Romans touch their history instead of viewing it from afar! After several brainstorming sessions (scuba diving gear, crabs and safety floats being mentioned) Flaneur and the performers/architects met by the ruin armed with flyers, posters, empty vessels for collecting water and a model of the ruin-turned-lake including live gold fish. Through skills of persuasion we got passer-byers to sign petitions noting down how much water they are willing to donate, then as a symbolic start to the controversial transformation every petitioner had to take water from a fountain and pour it into the ruin. Some concerns arose: what would happen to the cat population home among the ruins and wouldn’t the water be harmful to the ruins?

About Us About Us Ken Brown & Sons, Inc. opened in April of 1985 with the mind set of being the best plumbing supply company in the New Orleans Metro area. We've achieved our goal and are now proudly serving many of the best plumbers this city has to offer. Our customers look to us for quality products and incredible service. Junk Charts This post is part 2 of an appreciation of the chart project by Google Newslab, advised by Alberto Cairo, on the gender and racial diversity of the newsroom. Part 1 can be read here. In the previous discussion, I left out the following scatter bubble plot. This plot is available in two versions, one for gender and one for race. The key question being asked is whether the leadership in the newsroom is more or less diverse than the rest of the staff. The story appears to be a happy one: in many newsrooms, the leadership roughly reflects the staff in terms of gender distribution (even though both parts of the whole compare disfavorably to the gender ratio in the neighborhoods, as we saw in the previous post.)

The Trump Resistance Plan: A Timeline – Russia and President Trump Of the Jan. 6, 2017, meeting, when Comey told Trump about the infamous Steele dossier, Trump said: “He shared it so that I would think he had it out there” as leverage against Trump. Of the Feb. 14, 2017, meeting, when Trump said he hoped Comey could see his way to “letting Flynn go,” Trump said: “He said I said ‘hope’ — ‘I hope you can treat Flynn good’ or something like that. I didn’t say anything. But even if he did — like I said at the news conference on the, you know, Rose Garden — even if I did, that’s not — other people go a step further. I could have ended that whole thing just by saying — they say it can’t be obstruction because you can say: ‘It’s ended. Yom Kippur and Ashoura: Are Muslims observing a Jewish holiday? On the Gregorian calendar (so named after Pope Gregory XIII) this September, two of the holiest Jewish and Islamic high holidays coincide. On September 10, Jews around the world began their high holidays by commemorating Rosh Hashana which continues for 10 days until September 19, Yom Kippur. It is on that day that Muslims in general, and Shia in particular, commemorate the sacred day of Tasu'a and then a day later - Ashoura - the 9th and 10th of the Islamic month of Muharram respectively. Both the Jewish and Islamic calendars are lunar while the Gregorian calendar on which they are being cast is solar. The lunar calendar is 11 days shorter than the solar and for that reason, though stable on their own respective calendars, Jewish and Islamic holidays appear to "roam" aimlessly on the Christian calendar. None of this is "the fault" of either the Jewish or the Islamic calendar.

Taki's Magazine - Home Page Most Popular Injured Parties Are Jews Losing Control of the Media? by Steve Sailer I never paid much attention to the growing BDS movement because I’m not into... Phillip H. Duran / Eaglehouse Publications "Eight Indigenous Prophecies" Phillip H. Duran Why did American Indian tribes survive the Indian wars and genocide, the unacknowledged American holocaust? The significance of prophecies emerges when we ask what the immigrants from Europe lost by scorning Indigenous knowledge and wisdom that were already here on Turtle Island. We must compare the global effects of modern technology and European industrial thinking and practices with American Indian traditions, which represent sustainable science.

cwnote - 1.5 - definitely a factor (predicted Trump win in 2016 if I remember right), not sure that the methodology is consistent with Op Purple (they use statistical analysis not polls) by craigw Jun 3