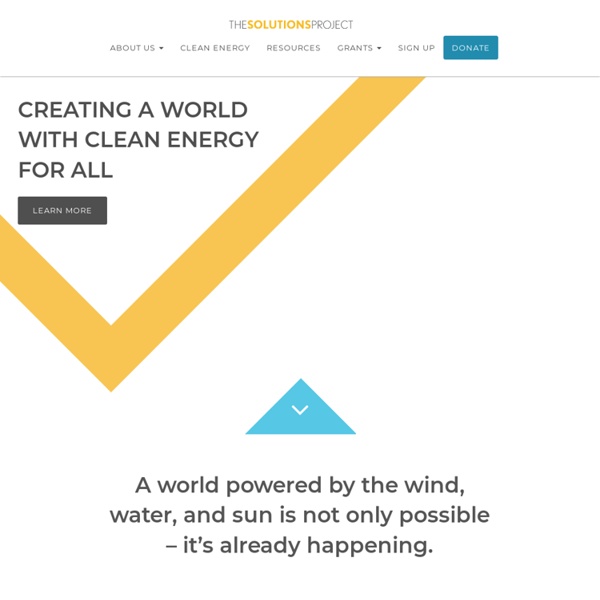 Earth has exceeded four of the nine limits for hospitable life, scientist cla... In a paper published in Science in January 2015, Johan Rockström argues that we've already screwed up with regards to climate change, extinction of species, addition of phosphorus and nitrogen to the world's ecosystems and deforestation. We are well within the boundaries for ocean acidification and freshwater use meanwhile, but cutting it fine with regards to emission of poisonous aerosols and stratospheric ozone depletion. "The planet has been our best friend by buffering our actions and showing its resilience," Rockström said. "But for the first time ever, we might shift the planet from friend to foe." This table by Ted shows where we're at according to his scale:

These Are the World’s Most Energy Efficient Countries – Infographic Climate change is a topical subject at the moment especially following the recent COP21 United Nations event in Paris which heralded a new agreement by cooperating countries to further tackle the issue. This has been a long running saga in terms of worldwide politics with there being many disagreements over the years. The U.S. famously pulled out of the Kyoto agreement, there was the Copenhagen Accord and another conference in Rio over recent times and the talks are still not at a conclusion as it’s an ongoing process. While studies on climate change and the impact of greenhouse gases have been ongoing for a number of centuries, it is only in recent times that acceptance has been made of the fact that a lot of the issues have been man-made. As a result, world leaders have continually been trying to put together a plan that is actionable and agreeable to all contributing nations. The issue is that the fight against climate change is a costly one and will continue to be so.

Portland's water pipes are the newest source of clean energy Portland residents can now generate green electricity simply by turning on their water taps and flushing their toilets. Fast Company reports that the Oregon city is using a state-of-the art system to capture energy from water flowing through the city’s pipelines. Small turbines installed inside the pipelines are turned by the flowing water, sending energy into a generator and off into the power grid. This is absolutely terrifying: “There are really only two big patches of inta... Can a forest that exists only in the spaces between roads and patches cleared for human settlement and agricultural development truly be called a forest? Not so much, say researchers studying the growing, global problem of forest fragmentation. And the “persistent, deleterious and often unpredicted” consequences of human activity, finds a new study conducted by a team off 24 international scientists, and funded by the National Science Foundation, may be ruinous for plant and animal life.

A Complete Guide to Energy Efficient Home Lighting - Infographic We can reduce our environmental impact and also lower our energy bills with the use of efficient lighting options. Home lighting is an underrated part of home energy efficiency that can be easily overlooked by “larger” issues, vsuch as heating and cooling. However, investing in more energy efficient lighting can significantly lower your energy usage and even impact how you feel. This infographic will teach you about different types of lighting and how you can convert your home into a “greener” place to live simply through lighting. Understanding Light Bulbs Power of light source: A footcandle is the measurement of intensity of illumination.

‘Wiring the Amazon’ Continue reading the main story Video Op-Docs By MICHAEL KLEIMAN This Op-Doc video chronicles the four-year struggle to get a remote Peruvian village connected with the outside world. I began filming the project in 2009, while making a feature-length documentary film about the global spread of information technology. Global Mass Consumption Captured In Disturbing Series Of Pictures 7 billion people currently inhabit our planet. Each one of these 7 billion people require the basic necessities of life, such as water, food, clothing, and shelter. When we take into account all of the work and materials it takes to provide the population with just the basics – not to mention the billion motor vehicles and 7 billion cell phones, the computers, furniture, skyscrapers, planes, roads, gadgets, and the plethora of other material goods being mass-produced in our world today – the question immediately begs – how are we keeping up? How are we keeping up with continual mass production, mass consumption, and epidemic population growth?

SEIA Just Debuted Their Community Solar Guide (And It's Pretty Awesome) If you think the residential solar market is blowing up, just wait until homeowners who otherwise can’t get a PV system discover community solar. The concept is simple enough—individuals, businesses, and other organizations essentially purchase ‘shares’ from a local solar farm and receive electrical credits for their portion of the farm’s energy generation. Sounds like quite the opportunity right? Considering not every home or business is suitable for a rooftop system, perhaps because of shading issues or limited roof space, community solar allows for those individuals and organizations to share in the benefits of clean solar energy just like everyone else.

Problem loading page Canada’s Hydrostor has developed a creative energy storage solution that is half the cost of the best battery technology and lasts twice as long. The clean energy startup is storing energy as compressed air and then housing the air underwater inside giant balloons. Though it sounds ridiculous, the idea is efficient at energy storage, and an environmentally friendly, zero-emissions solution.