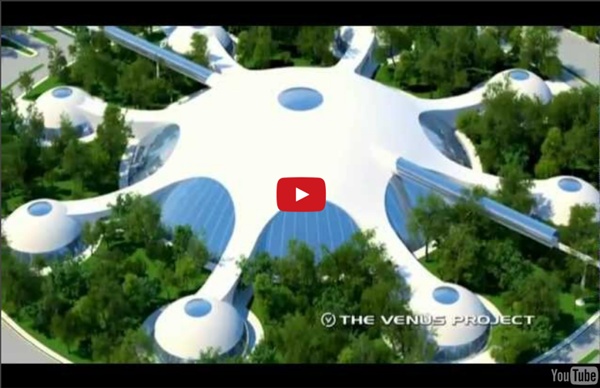 TOP 10 IMPOSSIBLE INVENTIONS THAT WORK « Revolutionizing Awareness Searl Effects Generator by Jeane Manning When Leonardo da Vinci sketched out an impossible invention, fifteenth-century scholars probably put him down. Forget it, Leon. If machines could fly, we’d know about it. Brief Description - Magrav Motor - The Start of a green Future! - Nightly What is a magnet motor? A MAGRAV-MAGNETMOTOR is one whose mode of propulsion comes entirely from the forces exerted by permanent magnets. The special arrangement of the magnets drives a rotor, i.e. it causes rotation. An important feature of this motor is that, in this constellation, a practically endless means of propulsion can be achieved with an extremely small expenditure of energy (1:100) (see illustration). The 20 Most Inspiring TED Talks for Architects Are you feeling short on inspiration today? For a jump-start, try watching one of these twenty TED Talks – a follow-up to last year’s post “The 10 Most Inspirational TED Talks for Architects.” Wherever your interests lie, the passionate people featured in these videos – from WikiHouse founder Alastair Parvin to famed photographer Iwan Baan and architectural great Moshe Safdie - will get your creative juices flowing.

8 math talks to blow your mind Mathematics gets down to work in these talks, breathing life and logic into everyday problems. Prepare for math puzzlers both solved and unsolvable, and even some still waiting for solutions. Ron Eglash: The fractals at the heart of African designs When Ron Eglash first saw an aerial photo of an African village, he couldn’t rest until he knew — were the fractals in the layout of the village a coincidence, or were the forces of mathematics and culture colliding in unexpected ways? The 10 Most Inspirational TED Talks for Architects The 10 Most Inspirational TED Talks for Architects Inspiration is a funny thing: when you need it is nowhere to be seen, and just when you're not expecting it, it can blindside you in the least convenient of places. Here's ten inspirational TED talks for architects (in no particular order) from people with broad and unique views on architecture. Some might enlighten, educate or even enrage you - at the very least they should get those creative juices flowing a little better. Take-in these ten TED talks after the break...

Introduction to Global Energy Transmission Project aka Global Energy Transmission As of today, at least 40% of the world’s electric power still comes from coal, despite scientific and technical achievements that have been made so far. So, coal yet plays a very important role in modern life. Humans, cities and the environment The European: As an economist, you have a very pragmatic approach to cities. Let’s begin with one of your thoughts: Cities help preserve the environment precisely because they keep people away from it. Glaeser: That is right. It is somewhat counterintuitive but all that is leafy is not necessarily green – living around trees and living in low density areas may end being actually quite harmful for the environment, whereas living in high-rise buildings and urban core may end up being quite kind to the environment. Together with with Matthew Kahn of UCLA we looked at carbon emissions from home and transport energy use and found very significant differences, even when holding incumbent family size constant between low density and urban living. The basic point is that people who live in densities are much less likely to drive long distances than people who live in lower densities.

PowerPedia:Testatika From PESWiki Update, September 2012: I called the Methernitha commune about coming for a visit, and learned that 1) the inventor passed away a couple of years ago, 2) no one at the commune is continuing with the technology, 3) they don't know who has knowledge about how the system works. They didn't seem interested in propagating it in any way. -- Sterling D. Allan The Testatika is an electromagnetic/electrostatic generator based on the 1989 Pidgeon electrostatic machine which includes an inductance circuit, a capacitance circuit, and a thermionic rectification valve.

Architecture and Urban design, Architecture and Urban Design Urban Design From Underutilized Space to Performative System Lower Manhattan Financial District Dimitra Gavrilaki, Yang Liu | Collaboration Kaja Kuhl | Professor The nuclear reactor in your basement By Bob Silberg, NASA Jet Propulsion Laboratory How would you like to replace your water heater with a nuclear reactor? That’s what Joseph Zawodny, a senior scientist at NASA’s Langley Research Center, hopes to help bring about. It would tap the enormous power of the atom to provide hot water for your bath, warm air for your furnace system, and more than enough electricity to run your house and, of course, your electric car.

Smart Cities and Communities: Achieving Smart Urban Growth - Esri UK “Every community can be a smart community. This means big cities and small towns alike, all around the world.” Mind control, drones, holograms: The future of business? The future of work? Source: Supplied WHAT will the workplace look like in 2040? Imagine remote working via hologram, commuting by jetpack, even controlling your office with your mind. MYOB has released its ‘Future of Business: Australia 2040’ report, which examines the possible impact of emerging technologies on business and work over the next 25 years.

Warning: Fed Prepares For Financial Collapse by Restricting Mega Banks - Susanne Posel Susanne Posel Occupy Corporatism July 3, 2013 The Federal Reserve has implemented new standards called “Base III accord” which is being sold to the public as a means to cushion the banks against expected “severe economic downturns”. This is part of stricter capital regulations that will facilitate long-term changes in a global effort to prop-up global financial institutions. Hemp fibres 'better than graphene' The waste fibres from hemp crops can be transformed into high-performance energy storage devices, scientists say. They "cooked" cannabis bark into carbon nanosheets and built supercapacitors "on a par with or better than graphene" - the industry gold standard. Electric cars and power tools could harness this hemp technology, the US researchers say. They presented their work at the American Chemical Society meeting in San Francisco. "People ask me: why hemp? I say, why not?"