Save as... digital memories 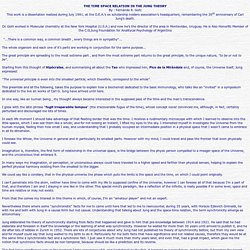 GoñiThis work is a dissertation realized during July 1991, at the O.E.A.’s ex scholarship holders association’s headquarters, remembering the 30th anniversary of Carl Jung’s death. Dr. Goñi worked in Molecular chemistry at the New York Hospital (U.S.A.) and now he’s the director of the area in . He is Also Honorific Member of the C.G.Jung Foundation for Analitycal Psychology of "...There is a common way, a common breath , every things are in sympathy"... The whole organism and each one of it‘s parts are working in conjunction for the same purpose... The great principle are spreading to the most extreme part , and from the most extreme part returns to the great principle, to the unique nature, "to be or not to be".

Starting from this thought of Hipócrates, and summarizing all about the Tao who impressed him, Pico de la Mirándola and, of course, the Universe itself; Jung expressed: The Space and Time of Performance: Foucault’s “Heterotopia” I’ve been rereading Michel Foucault’s “Different Spaces” for a paper I’ve been working on and reading it after having read some of the texts for my performance theory class, I’m finding some interesting new connections. 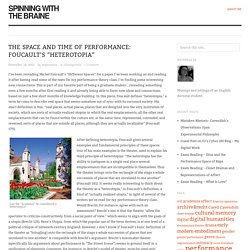 This is part of my favorite part of being a graduate student…rereading something even a few months after first reading it and already being able to form new ideas and connections based on just a few short months of knowledge building. In this piece, Foucault defines “heterotopia,” a term he coins to describe real space that seems somehow out of sync with its surround society.

Can the “Academy” be considered a heterotopia? After defining heterotopia, Foucault gives several examples and fundamental principles of these spaces. One of his main examples is the theater, used to explain his third principle of heterotopias: “The heterotopia has the ability to juxtapose in a single real place several emplacements that are incompatible in themselves. Οι φωτογραφίες μπορούν να λένε ψέματα ακριβώς όσο και οι ιστορικοί. Sad Cat Diary. Save Time and Money With Mobile Devices. By Rieva Lesonsky Are you looking for a way to save time, save money and increase productivity at your small business? 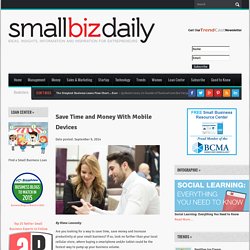 If so, look no further than your local cellular store, where buying a smartphone and/or tablet could be the fastest way to pump up your business volume. A new survey, the 2014 AT&T-SBE Council Small Business Technology Poll, reports small business owners who use smartphones are saving a collective 1.24 billion hours and $32.3 billion annually. Tablets save entrepreneurs some 754.2 million hours and $19.6 billion a year. Terry Gilliam's The Zero Theorem (2013) - Christoph Waltz - Ending/Creep. Andreessen Horowitz invests $20M in startup Improbable to build massive simulated game worlds. Successful CMOs achieve growth by leveraging technology. 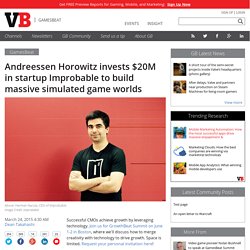 Join us for GrowthBeat Summit on June 1-2 in Boston, where we'll discuss how to merge creativity with technology to drive growth. Space is limited. Request your personal invitation here! Venture capital firm Andreessen Horowitz has invested $20 million in U.K. startup Improbable so that it can make vast, simulated game worlds that live up to the dreams of every gamer. London-based Improbable is creating an operating environment that makes fully simulated, real-time worlds possible. “We have created a world where there are no server boundaries,” said Herman Narula, the chief executive of Improbable, in an interview with GamesBeat. 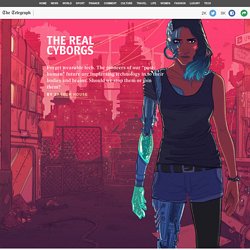 A thick cable protruded from the crown of his shaven head. A sleeve sprouting wires enveloped his right arm. The 23 - year-old had been paralysed from the neck down since a diving accident four years ago. But, in June this year, in a crowded room in the Wexner Medical Centre at Ohio State University, Burkhart’s hand spasmed into life. At first it opened slowly and shakily, as though uncertain who its owner was. The technology that made this possible, Neurobridge, had successfully reconnected Burkhart’s brain with his body. But such milestones are coming thick and fast. Simple Relativity - Understanding Einstein's Special Theory of Relativity. Einstein and The Special Theory of Relativity. Flatland: The Movie - Official Trailer. 12 Monkeys (4/10) Movie CLIP - Institutionalized With Jeffrey (1995) HD. What Is The Internet Of Things? Collective Intelligence by Myriada. Doc Brown vs Doctor Who. Epic Rap Battles of History Season 2.

How many songs with "time" as part of the lyrics can you come up with. There must be several dozen at lea.