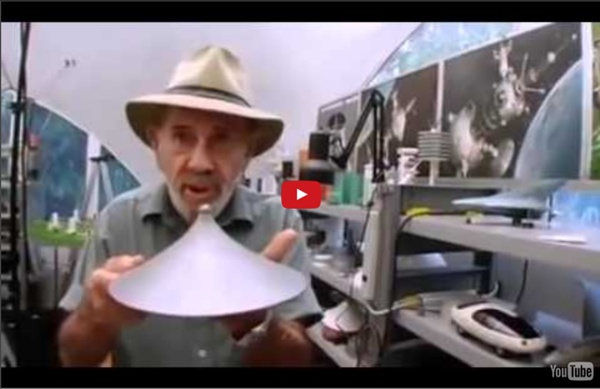 Foster Gamble « Thrive Debunked By SlayerX3 One of the central passages of Thrive is a section often referred to as “Follow the Money,” which Thrive fans treat as some sort of slogan. This section contains Foster Gamble and others’ views on fractional reserve banking, the Federal Reserve, the economic crisis, and conspiracy theories related to these. This article debunks those ideas. Out Of The Blue Until the current period or until the last 30 years, it was conventional wisdom, both in science and theology, we're alone in the universe; a single repository of life anywhere in the known universe. Well, no one believes that anymore. Out of the Blue presents unexplained cases from around the world, investigates 50 years of official contradictions and denials, and puts forth possible reasons for secrecy.

Culture and Environment Preface In this article I synthesize in a highly condensed form a body of work on culture-environment relations. This work has been published over a large period of time and in a variety of places and publications. This synthesis both reveals and makes explicit many connections only implicit so far. These connections can also be stated more concisely, thus making it more usable. Since it refers to my own work, it is written in essay form with references to a list of further readings (which is also a complete bibliography of my work specifically on this topic).1 Manufacturing Consent: Noam Chomsky and the Media Manufacturing Consent: Noam Chomsky and the Media (1992) is a documentary film that explores the political life and ideas of Noam Chomsky, a linguist, intellectual, and political activist. Created by two Canadian filmmakers, Mark Achbar and Peter Wintonick, it expands on the ideas of Chomsky's earlier book, Manufacturing Consent: The Political Economy of the Mass Media, which he co-wrote with Edward S. Herman. The film presents and illustrates Chomsky's and Herman's thesis that corporate media, as profit-driven institutions, tend to serve and further the agendas of the interests of dominant, elite groups in the society.

Do We Really Live In Dangerous Times, or Does It Just Feel That Way? by David Ropeik There's a dark & a troubled side of lifeThere's a bright, there's a sunny side, tooTho' we meet with the darkness and strifeThe sunny side we also may view.(The opening verse of a classic country song) It is popular among pundits and intellectuals to pontificate that people are irrational to call these the Worst of Times, the scariest, most violent, threatened days humans have ever faced.

12 Documentaries That Changed the World Entertainment Weekly looks at 12 Documentaries That Changed the World. A dozen nonfiction films with real world impact -- helping free a man (''The Thin Blue Line''), energizing debate on climate change (''An Inconvenient Truth''), altering diets (''Super Size Me''), and more Films include: 1. Fahrenheit 9/11 (2004)Michael Moore's tirade against the Bush administration's war on terror ignited arguments over everything from the Patriot Act to The Pet Goat. Along the way, it grossed a record $222 million worldwide.