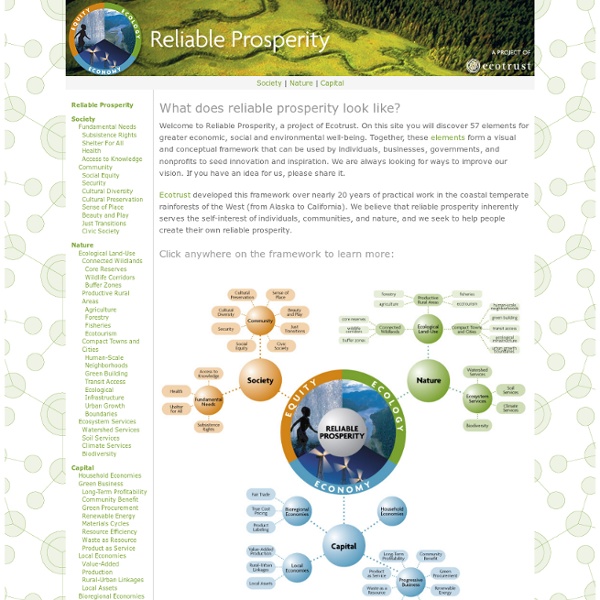 The Symbiosis Project » Blog Archive » The future belongs to those who tell a better story. This is a true story. It all starts one week from today. After reading about it on the internet, a single person in a neighborhood in Portland, OR, decided to start a community beer-brewing co-op. He gathered a group of eight neighbors, and together they bought the equipment to brew 30 gallons of beer for $500. They went up and down 3 blocks, and found 45 people who also wanted to drink and brew beer with them. It turned out that everyone in the community was strapped for cash, so everyone just paid the minimum amount, $30 a month, and even still they collectively raised $1350! During the discussion, one thing that kept coming up is that everyone felt they were paying too much for internet. By the third month, they had raised $1000 from the second month, $1000 from the third, and were now collectively saving $1000 a month on internet. Sharing food and cars and beer (not all at the same time) eventually brought the community close enough to start talking about hard topics.

Post-scarcity economy This would require a sophisticated system of resource recycling, in conjunction with advanced productive technology that enables conditions of material abundance, such as automated systems capable of converting raw materials into finished goods[not verified in body], which in turn enable the free distribution[2] of most or all economic output and the common ownership of the means of production used therefor. The scarcity model[edit] Scarcity is the fundamental economic assumption of having seemingly unlimited human needs and wants in a world of limited resources. Society has insufficient productive resources to fulfill all human wants and needs. However, in classical Marxian economics, scarcity is said to be peripheral. Post-scarcity economics[edit] Jacque Fresco proposed a global socioeconomic system using a resource-based economy instead of a money-based economic system. This idea has some overlap with a communist economic system, although one does not imply the other. Means[edit] [edit]

Bulk purchasing Bulk purchasing is the purchase of much larger quantities than the usual, for a unit price that is lower than the usual. Summary[edit] Wholesale is selling goods in tremendous quantities at a low unit price to retail merchants. Retailing is buying goods in a wholesale market to sell them in small quantities at higher prices to consumers. Bulk purchasing is when a consumer captures part of the benefits of economy of scale for himself by doing with the retailer what the retailer does with the wholesaler: paying a lower price per unit in exchange for purchasing much larger quantities. Consumer demand for transactions structured in this bulk purchase model of consumption has led to the success of big-box stores. In popular culture[edit] In the Saturday Night Live sketch The Coneheads, the Coneheads engage in bulk purchasing and then "consume mass quantities".

Weekend Series Permaculture Design Course in Columbus, Ohio | relocalize.net Post Carbon Institute promotes the strategy of - building strong local communities to increase resilience. what is relocalization? Relocalization is a strategy to build societies based on the local production of food, energy and goods, and the local development of currency, governance and culture. The main goals of relocalization are to increase community energy security, to strengthen local economies, and to improve environmental conditions and social equity. In 2009 Post Carbon Institute partnered with the international Transition movement to support and inspire community led responses around the relocalization strategy. what is transition? A Transition initiative is a community-led response to the pressures of climate change, fossil fuel depletion and increasingly, economic contraction. Transiton US is a nonprofit organization that provides inspiration, encouragement, support, networking, and training for Transition Initiatives across the United States.

Peer-to-Peer Economy Thrives as Activists Vacate the System Eric BlairActivist Post The Occupy Movement recently celebrated its second anniversary with very little fanfare leaving many to wonder where all the activists went. It seems they, and many anti-establishment activists, are vacating the system rather than occupying it. Progressives may call it the "sharing economy" while Libertarians may refer to it as Agorism - a "society in which all relations between people are voluntary exchanges by means of counter-economics, thus engaging in a manner with aspects of peaceful revolution." Whatever it's called, together, they're opting out of the current socioeconomic matrix and creating a new alternative economy where trading occurs peer-to-peer and increasingly without government-issued currency. It's a space where mutual trade occurs without burdensome taxes, regulations, or licenses. Websites like Ebay and Craigslist first made it possible for individuals to sell things or offer services online. The Economist describes this movement as follows:

Learn About :: World Without Oil ENTER THE ARCHIVE, WEEK 1: Relive the Oil Crisis of 2007. Start at Week 1, then use the WWO Time Machine (at the page top) to jump week to week and to exit the archive. ... “If you want to change the future, play with it first.” STEFANIE OLSEN, C|NET WORLD WITHOUT OIL is a serious game for the public good. ... WORLD WITHOUT OIL simulated the first 32 weeks of a global oil crisis. ... When WWO concluded on June 1, 2007, its detailed vision of a possible future, expressed in 1,500 personal chronicles posted across the Web, had immersed 68,000 viewers (over 110,000 by year end). ... No one today has a clear picture of oil availability or what will happen when demand inevitably outstrips supply. By playing it out ‘for real’, WWO evoked collective intelligence and the wisdom of crowds in advance. ... WWO didn’t only “raise awareness” about oil dependence. ... WWO’s greatest success may be: it was engrossingly, breathtakingly fun. ... ...

Appropedia Marinaleda: Spain's communist model village | World news | The Observer In 2004, I was leafing through a travel guide to Andalusia while on holiday in Seville, and read a fleeting reference to a small, remote village called Marinaleda – "a communist utopia" of revolutionary farm labourers, it said. I was immediately fascinated, but I could find almost no details to feed my fascination. There was so little information about the village available beyond that short summary, either in the guidebook, on the internet, or on the lips of strangers I met in Seville. "Ah yes, the strange little communist village, the utopia," a few of them said. Eventually I found out more. As befits a rebel, Sánchez Gordillo is fond of quoting Che Guevara; specifically Che's maxim that "only those who dream will someday see their dreams converted to reality". In spring 2013 unemployment in Andalusia is a staggering 36%; for those aged 16 to 24, the figure is above 55% – figures worse even than the egregious national average. But Somonte is not without support.

Poverty Impedes Cognitive Function The poor often behave in less capable ways, which can further perpetuate poverty. We hypothesize that poverty directly impedes cognitive function and present two studies that test this hypothesis. First, we experimentally induced thoughts about finances and found that this reduces cognitive performance among poor but not in well-off participants. Second, we examined the cognitive function of farmers over the planting cycle. Lacking money or time can lead one to make poorer decisions, possibly because poverty imposes a cognitive load that saps attention and reduces effort.