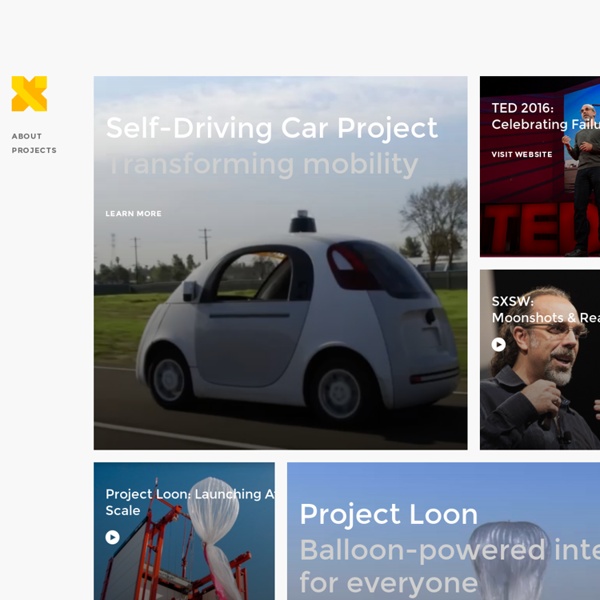 Why is sustainability seen as a rollercoaster for business leaders? If you really want to know what's going on in the minds of executives when it comes to embedding sustainability, then look no further than the business coaches they pour their hearts out to. "I feel like I've been on a rollercoaster" is one of the most common complaints that executive coach John Blakey hears. Blakey, co-author of Challenging Coaching, suggests individuals' fears of being out of control, of failure, ridicule, isolation, being left behind, and of the sheer complexity and speed of work lives are among the biggest obstacles to driving the sustainability agenda forward. When Blakey hears the rollercoaster comment, he now tries to add in some humour: "I say, 'That sounds exciting. If I want to go on a rollercoaster, I have to go to Alton Towers and pay for it.'"

Kumo - Java Word Cloud Kumo On GitHub: here The goal of Kumo is to create a powerful and user friendly Word Cloud library in Java. Kumo can directly generate an image file, or return a BufferedImage. I plan on hosting it on Maven Central soon. Please feel free to jump in and help improve Kumo! There are many places for performance optimization in Kumo! springfielddigitalstorytelling - SlideCastingTools free and collaborative for tool for narrating 30 minute screen captures/ Computer-generated narration over slidesPowtoon: PowToon is the brand new Do-It-Yourself animated presentation tool that supercharges your presentations and videos! Save massive amounts of time and money by creating bring the WOW!-factor to product demos, business presentations, social media clips, and much more. • User-friendly, Intuitive interface • Countless style, image, and effect combos • Professional results, powerful responsesMozilla Popcorn Maker Allows you to add cool interactivities to imported video 1.

The 10 Tech Terms to Know in 2013 Cognitive Radio The airways are getting crowded, thanks to smartphone and tablet data transmission that doubles every year. One solution: cognitive radio devices, whose signals automatically jump back and forth between frequencies in a fraction of a second to find open spectrum. A prototype developed at Rutgers University can switch to a new frequency in less than 50 microseconds while sending eight times the data of a typical home wireless system, taking advantage of openings on the AM and FM radio, TV, and cellular frequency bands. And Florida-based xG Technology has already set up a demo network in Fort Lauderdale, Fla., that uses cognitive radio for mobile broadband and VoIP links.

Zero-Friction Free Online Mind Mapping Software - Mind Map in the cloud Capture ideas at the speed of thought – using a mind map maker designed to help you focus on your ideas and remove all the distractions while mindmapping. Create unlimited mind maps for free, and store them in the cloud. Your mind maps are available everywhere, instantly, from any device. Brainstorm, create presentations and document outlines with mind maps, and publish your ideas online and to social networks. Get Started Brain-to-brain interface allows transmission of tactile and motor information between rats Researchers have electronically linked the brains of pairs of rats for the first time, enabling them to communicate directly to solve simple behavioral puzzles. A further test of this work successfully linked the brains of two animals thousands of miles apart—one in Durham, N.C., and one in Natal, Brazil. The results of these projects suggest the future potential for linking multiple brains to form what the research team is calling an "organic computer," which could allow sharing of motor and sensory information among groups of animals. The study was published Feb. 28, 2013, in the journal Scientific Reports. "Our previous studies with brain-machine interfaces had convinced us that the rat brain was much more plastic than we had previously thought," said Miguel Nicolelis, M.D., PhD, lead author of the publication and professor of neurobiology at Duke University School of Medicine.

Twist-off cork shifts the wine paradigm What could be nicer than a picnic in a pleasant country field, a rotisserie chicken, a loaf of oven-hot bread and a nice bottle of wine? That is, provided you don't forget the corkscrew. This week, Amorim, the world’s largest manufacturer of cork stoppers, and O-I, the world's largest glass container manufacturer, made this nightmare scenario a little less likely by unveiling their Helix cork and bottle that are designed so that the cork can be removed with a simple twist of the wrist. This Little Sticker Works Like an Anti-Mosquito Force Field The Kite Patch is a little square sticker that emits a cloak of chemical compounds that block a mosquito's ability to sense humans. Image: ieCrowd The idea is to make humans "invisible" to mosquitos. Image: ieCrowd The sticker is small enough to be unobtrusive to the people who wear it. Image: ieCrowd Olfactor Laboratories developed non-toxic compounds that work against mosquitoes' long-range abilities to detect humans through CO2, as well as dampening the bug’s short-range ability to sense us from our basic human odors. Image: Olfactor Laboratories A scientist testing the chemical compounds.

Habits of Successful People: Start Before You Feel Ready In 1966, a dyslexic sixteen-year-old boy dropped out of school. With the help of a friend, he started a magazine for students and made money by selling advertisements to local businesses. With only a little bit of money to get started, he ran the operation out of the crypt inside a local church. Four years later, he was looking for ways to grow his small magazine and started selling mail order records to the students who bought the magazine. Coca-Cola to open startup accelerators in nine countries around the world Coca-Cola has already launched accelerators in Sydney and San Francisco. When you think of Coca-Cola do startups come to mind? The beverage giant has plans for accelerator programs in nine cities including Berlin and Istanbul by the end of the year. The accelerators in Sydney and San Francisco have already launched.

Atul Gawande: How Do Good Ideas Spread? Why do some innovations spread so swiftly and others so slowly? Consider the very different trajectories of surgical anesthesia and antiseptics, both of which were discovered in the nineteenth century. The first public demonstration of anesthesia was in 1846. The Boston surgeon Henry Jacob Bigelow was approached by a local dentist named William Morton, who insisted that he had found a gas that could render patients insensible to the pain of surgery. That was a dramatic claim.

The Rise of the Intangible Economy: U.S. GDP Counts R&D, Artistic Creation On July 31, the U.S. Bureau of Economic Analysis will rewrite history on a grand scale by restating the size and composition of the gross domestic product, all the way back to the first year it was recorded, 1929. The biggest change will be the reclassification—nay, the elevation—of research and development. R&D will no longer be treated as a mere expense, like the electricity bill or food for the company cafeteria. It will be categorized on the government’s books as an investment, akin to constructing a factory or digging a mine. In another victory for intellectual property, original works of art such as films, music, and books will be treated for the first time as long-lived assets.