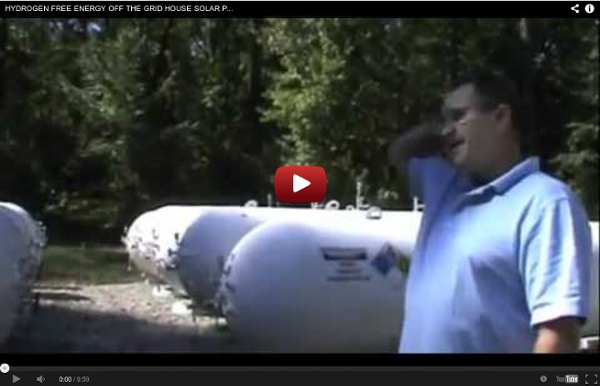 Tesla Turbine, Pulse Detonation, & other Alternati Written by Kris Land Many people have begun using waste oil as a less expensive way to produce energy. Waste oil can be described as oil after it has been used once. The detailed definition would state that waste oil is any petroleum based or synthetic oil that has become unsuitable for its original purpose because of handling or use. Consumption of Oil Around the World Oil consumption is a big issue today. To appreciate how those numbers of grown over time, take a look at 2001s barrels per day statistics.

Inventing A Free World Radio Show By: Super User Published: 04 January 2012 Hits: 489 This radio show "Inventing A Free World" was created to allow for the everyday person/inventor/creator to get involved in alternative energy and the inventors behind it. We believe by bringing more awareness to inventors and the creations that come to their minds that these beautiful creations can one day free us. We will be keeping you updated on future guests. It will take much work to free this world. Please check out The STEP Movement to world wide freedom. www.thestepmovement.com Our water fuel website and forum which contains instructions of a new way to run an engine on water as the only fuel. The group of inventors that will compile their resources to attempt to free the world. This site is still under construction and will be hosted here. www.theintellects.org Contact TheIntellects.org : h2oplasmaplug@gmail.comThis email address is being protected from spambots. Blog

Home Elon Musk to Retrofit James Bond's Submarine Car a With a Tesla Engine Having spent $866,000 on the Lotus Esprit, Musk stated he “was disappointed to learn that it can’t actually transform. What I’m going to do is upgrade it with a Tesla electric powertrain and try to make it transform for real.” Described by film critic Christopher Null as “perhaps the best Bond gadget of all time,” the Lotus Esprit’s transformation from car to submarine is nothing short of spectacular. In The Spy Who Loves Me, Bond drives the Esprit off a pier and into the water, but as the car sinks towards the bottom it smoothly transforms into submarine mode with fins and propellers as Bond pilots the vehicle, and his very suprised passenger, to safety. This isn’t Musk’s first interaction with a Lotus car: the Tesla Roadster’s design is based on the Elise. Via Engadget Lead Image © stuart spicer

(6) Inventing A Free World radio show The STEP Movement to world wide freedom Home Home Biggest Secret In The World Economy The year 2012 was designated the International Year of Cooperatives by the United Nations in recognition of the fact that more than 800 million people around the world belong to one of these economic networks. Coops flourish in all sectors of the economy proving that economic efficiency and equitability can co-exist. They represent a commons-based alternative to both the private market and state controlled enterprises. Four in ten Canadians are coop members (70 percent in the province of Quebec). Around the world, coops provide 100 million jobs, 20 percent more than multinational companies. — Jay Walljasper “We may be moving toward a hybrid system, something different from both traditional capitalism and socialism, without anyone even noticing.”— Gar Alperovitz While a great many commons seek to develop alternatives to conventional businesses – and even to bypass markets altogether – the struggle to democratize capital should not be lost in the shuffle. Alperovitz writes: