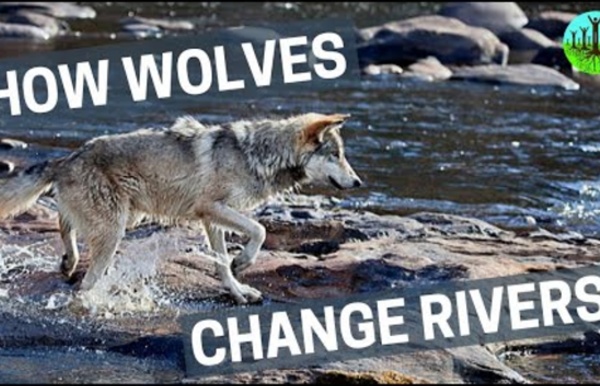 Reintroduced beavers to stay after being granted native species status Image copyright laurie campbell Beavers reintroduced to Scotland will be allowed to remain and will be given protected status, the Scottish government has announced. Eurasian beavers taken from Norway were released at Knapdale in Argyll in 2009. An illegally-released population has also been discovered in Tayside. Asgardia: Challenges Building a Space Society As of today, I’m an official citizen of two nations. One is the US, which has 325 million citizens and an area of almost 10 million sq km. The other is Asgardia, which has some 246,000 citizens, but physically exists for now only in the form of a 6lb (2.7kg) bread-box-size satellite floating in low-Earth orbit since November 2017. One day, Asgardia plans to have an enormous “space ark” orbiting our home world, a colony on the Moon, and perhaps even further in the future on other “celestial bodies”, according to the constitution. The nation’s ‘leader’, Igor Raufovich Ashurbeyli, isn’t joking around.

Say no to wolfhunt in Sweden 2014 Name not displayed, Brazil Apr 14, 09:29 Mrs. African forestry scheme aims to build prosperity by restoring landscape More than a dozen African countries have joined an “unprecedented” $1.6bn (£1bn) initiative to boost development and fight climate change by restoring 100m hectares (247m acres) of forest across the continent over the next 15 years. The African Forest Landscape Restoration Initiative – known as AFR100 – was launched on Sunday at a Global Landscapes Forum meeting during the Paris climate change conference. It will be underpinned by a $1bn investment from the World Bank in 14 African countries over the next 15 years and by $600m of private sector investment over the same period. The initiative will also be supported by Germany’s Federal Ministry for Economic Co-operation and Development, the New Partnership for Africa’s Development (Nepad) and the World Resources Institute. Cameroon, Liberia, Madagascar, Malawi, Congo-Brazzaville and Togo have also committed to forthcoming hectare targets as part of the AFR100.

Employers Use Facial Recognition to Mark Attendance & Gauge Workforce Mood. NEW DELHI: Facial recognition could soon jump from your smartphone to your workplace with employers using it to mark attendance and gauge the mood of the workforce. Tech Mahindra, the fifth largest Indian IT services company by revenue, has launched a facial-recognition system for employees at its Noida office. Employees can now mark their attendance using swipe cards or they can simply look into the new facial-recognition terminal and sign in. Why childhood sweethearts no longer measure up – and six other ways dating has changed For future generations, the question: “How did you and Grandad meet?”, will be answered with: “Tinder, obviously.” Within eight years, the internet has become the dominant way heterosexual couples meet. The latest How Couples Meet and Stay Together study by Stanford University found that 39% of heterosexual couples met through online dating or apps, up from 22% in 2009, when the study was last conducted. Life has been disrupted by technology, and so has dating. What else can we learn about how romance has changed?

The wolf at the door Photographs courtesy of Marcin Zakrzewski The wolf at the door News that Norway is to cull a large percentage of its wolf population, weighs heavy on the mind. Not just because of the sheer inhumanity of the act, but also because it casts a shadow of doubt over the suggestion that wolves could one day be reintroduced into the UK.

Chinese Surveillance Literally Getting in Workers' Heads Feel like your boss is a bit of a micromanager, always looking over your shoulder? Be grateful that they’re not peering into your brain. That’s now the case for a number of workers in China, the nation competing for the global superlative of Most Dystopian. Frontier Of Physics: Theories of Everything Mapped “Ever since the dawn of civilization,” Stephen Hawking wrote in his international bestseller A Brief History of Time, “people have not been content to see events as unconnected and inexplicable. They have craved an understanding of the underlying order in the world.” In the quest for a unified, coherent description of all of nature — a “theory of everything” — physicists have unearthed the taproots linking ever more disparate phenomena. With the law of universal gravitation, Isaac Newton wedded the fall of an apple to the orbits of the planets.

***Ecosystem fragmentation: Map reveals shattering effect of roads on nature Rampant road building has shattered the Earth’s land into 600,000 fragments, most of which are too tiny to support significant wildlife, a new study has revealed. The researchers warn roadless areas are disappearing and that urgent action is needed to protect these last wildernesses, which help provide vital natural services to humanity such as clean water and air. The impact of roads extends far beyond the roads themselves, the scientists said, by enabling forest destruction, pollution, the splintering of animal populations and the introduction of deadly pests. New roads also pave the way to further exploitation by humans, such as poaching or mining, and new infrastructure. An international team of researchers analysed open-access maps of 36m km of road and found that over half of the 600,000 fragments of land in between roads are very small – less than 1km2.

The Assault on Empathy One morning this past November, with my daughter about to visit and holiday gifts on my mind, I opened my MIT mail and found an intriguing “call for subjects.” It described a research project that promised to use conversation with sociable robots, some of them designed to be children’s playthings (and indeed, marketed as holiday gifts), as a step towards “eliciting empathy.” There it was in black and white, the thing that has been unfolding for decades: The robot presented as empathy machine—an object that presents itself as worthy of your empathic response, and as having an empathic reaction to you. But objects can’t do this. They have not known the arc of a human life. They cannot put themselves in our place.

The Only Productivity Tip You'll Ever Need Ernest Hemingway woke each morning and began writing straight away. He described his daily routine by saying, “When I am working on a book or a story I write every morning as soon after first light as possible. There is no one to disturb you and it is cool or cold and you come to your work and warm as you write.” Hemingway's routine — along with hundreds of other prolific authors, artists, and scientists mentioned in Mason Currey's book, Daily Rituals: How Artists Work (audiobook) — hints at the most productive strategy I have found for getting things done and making daily progress in the areas that are important to you. Let's talk about the only productivity strategy you'll ever need, why it works, and what holds us back from using it consistently. Before we talk about how to get started, I wanted to let you know I researched and compiled science-backed ways to stick to good habits and stop procrastinating.

Inhabitat - Green Design, Innovation, Architecture, Green Building A landmark decision was made last week by the US and China to ban the commercial trade of ivory within the countries’ boundaries. Poaching practices in Africa are out of control and endangering the lives of African elephants every day and there is still much to be done to address the problem. Both countries hope that this agreement will light a fire under Hong Kong for its current legal ivory trade, 90% of which is being smuggled into mainland China. Condemning wildlife poaching is a big step in the right direction. President Obama and President Xi Jinping announced the decision to ban commercial ivory trading last week. Chinese citizens have been waiting for a move like this, as 95% of respondents to a survey said they want the government to impose a ban on the trade.