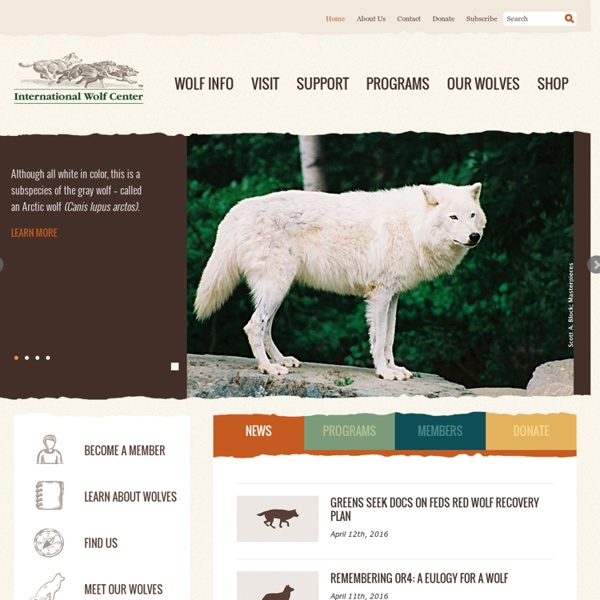 Wild Spirit Wolf Sanctuary - Wolves, Wolf-dogs, Rescue, Education, Sanctuary Seacrest Wolf Preserve - Conservation, Education, and Preservation of Wolves- Wolf Rescue Sanctuary California Wolf Center THE WOLF ARMY UK Wolves Come Home to Oregon | Oregon Wild Wolves in Oregon Gray wolves (Canis lupus) were once common in Oregon, occupying most of the state. However, a deliberate effort to eradicate the species was successful by the late 1940s. In fact, trouble for wolves began almost 100 years earlier, in the years before Oregon became a state. After an absence of over half a century, wolves began to take their first tentative steps towards recovery. Become a voice for wolves: In 2006, a flurry of sightings led biologists to believe a number of wild wolves were living in Northeast Oregon near the Wallowa Mountains and the Eagle Cap Wilderness. Sadly, a wolf found shot to death near La Grande in May 2007 clearly indicated wolves had arrived in the area. After that sad chapter, wolves began to establish a fragile foothold in the state. Unfortunately, the news was tempered with additional poaching and heavy-handed state management. Wolf hunts in nearby states also threaten the region's fragile recovery. In 2010, the plan was reviewed and revised.