Another FW 190A is reborn - Flight Journal. A reconstructed Focke Wulf Fw 190A-8 fighter flew for the first time over its home in Baton Rouge, Louisiana, on October 9, 2011, thanks to an alliance with the German Flugwerk company that also manufactures full-size Fw 190A reproduction aircraft kits. 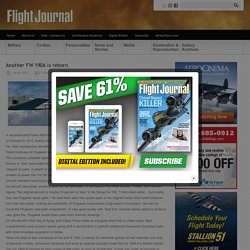 Owners Don and Linda Hansen began the Focke Wulf’s restoration in 2000. Frank Hohmann of Flugwerk spent most of September working on this Focke Wulf with the aircraft’s local crew. The Louisiana Luftwaffe fighter bears German Werk number 173056; it was built at Focke Wulf’s Marienberg factory in 1944, and ended its service in Rheims, France, where it was buried at the train yards after being stripped of parts. A dearth of original German BMW 801D-2 14-cylinder radial engines and spares made it prudent to power this Fw 190 with a reasonable ringer—a Russian Ash82T radial obtained from Flugwerk. History, Travel, Arts, Science, People, Places. Me 262 Project. Reproduction of a Messerschmitt Me 262 in 2006 Reproduction of a Messerschmitt Me 262 produced by the project at the Berlin Air Show 2006 The Me 262 Project is a company formed to build flyable reproductions of the Messerschmitt Me 262, the world's first operational jet fighter. 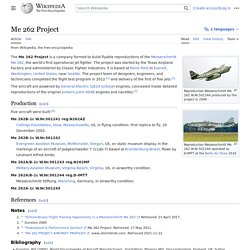 The project was started with the Texas Airplane Factory and administered by Classic Fighter Industries. It is based at Paine Field in Everett, Washington, United States, near Seattle. The project team of designers, engineers and technicians recently[when?] The aircraft are powered by General Electric CJ610 turbojet engines, concealed inside detailed reproductions of the original Junkers Jumo 004B engines and nacelles.[2] References[edit] Notes Bibliography Gunston, Bill (2005). 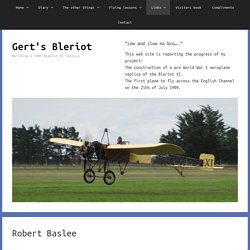 By Preston Lerner Air & Space Magazine August 2014 Robert Baslee’s Dr.1 looks authentic, but gets a big boost from a four-cylinder engine. Robert Baslee doesn’t get any walk-in traffic. Nor does he get any drive-by traffic. Or even fly-in traffic, despite the grass airstrip at his shop. Flyable World War I airplanes come in three levels of accuracy. Homebuilders Corner. Sw51 Mustang. -> Detail Information Never before has an historical aircraft been successfully recreated as a light, ultralight and experimental aircraft in such detail. 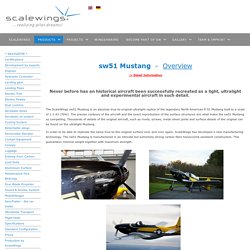 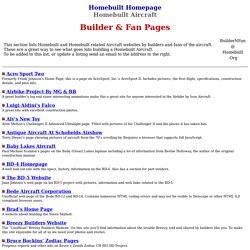 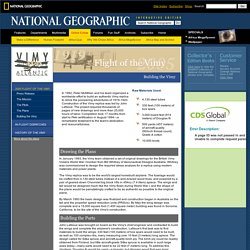 Whitney was commissioned to design the required stress analysis for a replica using modern materials and power plants. The Vimy replica was to be the world's largest homebuilt airplane. The fuselage would be crafted from 4,130 steel tubes instead of a wire-braced wood truss, and powered by a pair of geared-down Chevrolet big block V8s in 454cu (7.4 liters) apiece. The wings and tail would be designed much like the Vimy flown during World War I, and the shape of the plane would be painstakingly crafted to be as authentic as possible to the original plane. By March 1993 the basic design was finalized and construction began in Australia on the tail and the propeller speed reduction units (PRSUs).

Airdrome Aeroplanes ~ Holden, MO. A Moment in Air Force time: Burgess-Dunne replica is a labour of love. One of the most interesting displays in the National Air Force Museum of Canada's current Centennial of Flight exhibition is a replica of the Burgess-Dunne float plane, reputed to be our country's first military aircraft. 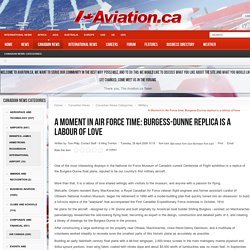 More than that, it is a labour of love shared willingly with visitors to the museum, and anyone with a passion for flying. Metcalfe, Ontario resident Barry MacKeracher, a Royal Canadian Air Force veteran flight engineer and former assistant curator of Ottawa's National Aviation Museum, began his retirement in 1990 with a model-building plan that quickly turned into an obsession: to build a full-size replica of the "warplane" that accompanied the First Canadian Expeditionary Force overseas in October, 1914. No plans for the aircraft - designed by J.W. "Over the ten years that it took to build the aircraft, the biggest challenge was myself," Mackeracher said recently. "To keep focused on a long project you have to have friends who believe in you and what you are doing. 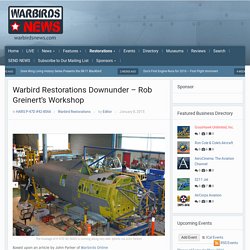 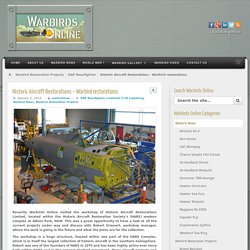