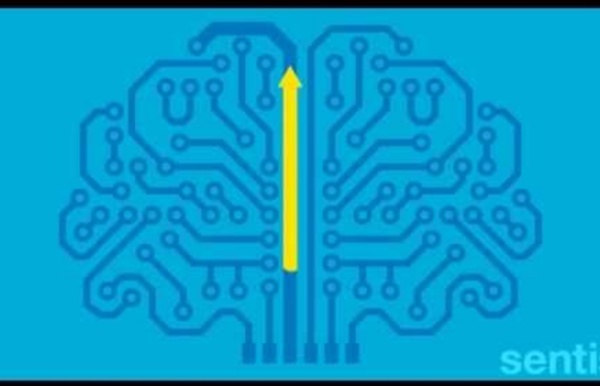 Neuropsychology Neuropsychology studies the structure and function of the brain as they relate to specific psychological processes and behaviors. It is seen as a clinical and experimental field of psychology that aims to study, assess, understand and treat behaviors directly related to brain functioning. The term neuropsychology has been applied to lesion studies in humans and animals. It has also been applied to efforts to record electrical activity from individual cells (or groups of cells) in higher primates (including some studies of human patients).[1] It is scientific in its approach, making use of neuroscience, and shares an information processing view of the mind with cognitive psychology and cognitive science. History[edit] Modafinil is the first confirmed drug that makes you smarter Though initially made for narcoleptics (people having trouble sleeping), many soon caught on that modafinil can enhance cognitive abilities. Right now, it’s a favorite among students who use it when preparing for exams with visible results, they claim. But modafinil isn’t the first such “smart drug” we’ve come across. It’s likely that you’ve seen some TV or internet ads marketing ‘smart pills’ that supposedly enhance cognitive abilities, but with mere anecdotal evidence backing it up. In contrast, modafinil really seems to be a legit smart drug, according to a systematic review of reports documenting the effects of the drug.

Top 10 Solutions to Reverse Climate Change Paul Hawken and the Project Drawdown experts thought they knew what to expect when they modeled and ranked 80 solutions that could reverse climate change. But the data had some surprises in store. Most prominently was that even when the solutions are modeled in terms of what they call a “Plausible Scenario”—a conservative measure of projected solution implementation that is “reasonable yet optimistic”—society still makes great strides toward achieving drawdown, the point where greenhouse-gas levels in the atmosphere begin to decline. Together, all 80 reduce or sequester carbon by 1,051 gigatons by 2050 in the Plausible Scenario. Using the scenario that gets us to drawdown—which requires ramping up the solutions a bit more than the conservative measure, particularly renewable energy—they reduce or sequester carbon by 1,442 gigatons by 2050. Below are the top ten solutions, ranked in terms of emissions reduction potential over a 30-year period.

Oxytocin Peptide hormone and neuropeptide Oxytocin (Oxt) is a peptide hormone and neuropeptide. Oxytocin is normally produced in the hypothalamus and released by the posterior pituitary.[3] It plays a role in social bonding, sexual reproduction, childbirth, and the period after childbirth.[4] Oxytocin is released into the bloodstream as a hormone in response to stretching of the cervix and uterus during labor and with stimulation of the nipples from breastfeeding.[5] This helps with birth, bonding with the baby, and milk production.[5][6] Biochemistry[edit] Biosynthesis[edit] The biosynthesis of the different forms of OT

10 Solutions for Climate Change The enormity of global warming can be daunting and dispiriting. What can one person, or even one nation, do on their own to slow and reverse climate change? But just as ecologist Stephen Pacala and physicist Robert Socolow, both at Princeton University, came up with 15 so-called "wedges" for nations to utilize toward this goal—each of which is challenging but feasible and, in some combination, could reduce greenhouse gas emissions to safer levels—there are personal lifestyle changes that you can make too that, in some combination, can help reduce your carbon impact.

Neuroplasticity Contrary to conventional thought as expressed in this diagram, brain functions are not confined to certain fixed locations. Neuroplasticity, also known as brain plasticity, is an umbrella term that encompasses both synaptic plasticity and non-synaptic plasticity—it refers to changes in neural pathways and synapses which are due to changes in behavior, environment and neural processes, as well as changes resulting from bodily injury.[1] Neuroplasticity has replaced the formerly-held position that the brain is a physiologically static organ, and explores how - and in which ways - the brain changes throughout life.[2] Neuroplasticity occurs on a variety of levels, ranging from cellular changes due to learning, to large-scale changes involved in cortical remapping in response to injury. The role of neuroplasticity is widely recognized in healthy development, learning, memory, and recovery from brain damage. Neurobiology[edit]

10: Etiquette Laughter - 10 Different Types of Laughter At the end of a long day, you find yourself in the elevator with your boss. Instead of talking up your latest accomplishments, though, you find yourself laughing at everything he says. Though you may think you sounded like a fool, you probably did just fine. People rely on laughter to get along with others, so whether we're with our boss or friends, we tend to laugh at things that just aren't funny. In a study of laughter episodes, Provine found that people tend to laugh at perfectly bland statements like "Can I join you?"

How to Stop Global Warming, Solutions to Prevent Climate Change UPDATE: On August 9, 2021, the IPCC released its Sixth Assessment Report, which details the dire state of the planet and how the global community has a very narrow pathway to limit warming to 1.5 degrees Celsius. Read more about this groundbreaking report here. Nations around the world are upping their game in the fight against climate change, even as President Trump recently announced the U.S.' How The Brain Rewires Itself It was a fairly modest experiment, as these things go, with volunteers trooping into the lab at Harvard Medical School to learn and practice a little five-finger piano exercise. Neuroscientist Alvaro Pascual-Leone instructed the members of one group to play as fluidly as they could, trying to keep to the metronome's 60 beats per minute. Every day for five days, the volunteers practiced for two hours. Then they took a test. At the end of each day's practice session, they sat beneath a coil of wire that sent a brief magnetic pulse into the motor cortex of their brain, located in a strip running from the crown of the head toward each ear.

You Might Have the Most Common Form of Synesthesia "Some people hear what they see. Car indicator lights, flashing neon shop signs, and people's movements as they walk may all trigger an auditory sensation," study author Dr. Elliot Freeman said in a press release. "We think that these sensations may sometimes reflect leakage of information from visual parts of the brain into areas that are more usually devoted to hearing." This phenomenon reinforces the idea that the senses are something more than just the tools we use to learn about the world around us. They're a part of us, and they don't just tell us what we experience — they shape those experiences. 12 Things You Can Do Right Now on Climate Change The greatest threat faced by this generation is climate change. Because without a habitable earth to live on, what do we have left? But what can we do to tackle the problem? Wait for politicians to act and hope that they'll make the right decisions before it's too late?

Brain Waves The human brain is more complex than your scientists suspect. They are busily mapping where certain functions occur, and how parts of the brain activate in syncronicity. They know that parts of the brain, near the stem, are older than, for instance, the forebrain, and that a human can survive remarkably well with only half a brain, as long as that half is either the right or left, intact. But what your scientists do not know is that beyond the old brain and the new, the subconscious and the conscious, the right and the left halves - there are yet more subdivisions of the human brain. Where it is known that the brain seems to specialize in activity that requires Beta frequency brain waves during wakefulness, and Alpha frequency waves during sleep or meditation, and Theta waves during rage, and Delta waves in coma - no one is quite sure why. We will tell you.