Chronic marijuana use is about as bad for your health as not flossing, researchers find. If you must light up, remember to floss. 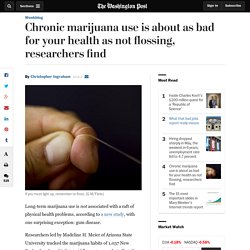 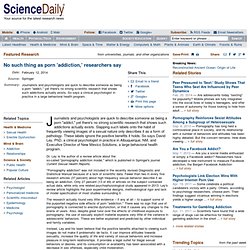 Slapping such labels onto the habit of frequently viewing images of a sexual nature only describes it as a form of pathology. These labels ignore the positive benefits it holds. So says David Ley, PhD, a clinical psychologist in practice in Albuquerque, NM, and Executive Director of New Mexico Solutions, a large behavioral health program. Dr. Ley is the author of a review article about the so-called "pornography addiction model," which is published in Springer's journal Current Sexual Health Reports. Mind-altering drug could offer life free of heroin - life - 22 August 2013. Read full article Continue reading page |1|2. 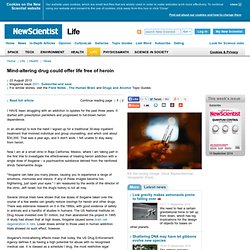 Food Addiction and Obesity: Do Macronutrients Matter? A commentary on Obesity and the brain: how convincing is the addiction model? 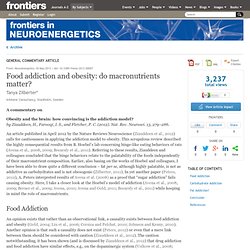 By Ziauddeen, H., Farooqi, I. S., and Fletcher, P. Hormone removes the pleasure of smoking. “Can’t get no satisfaction?” 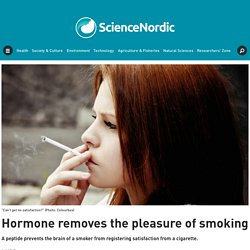 (Photo: Colourbox) The hormone GLP-1 is released when we eat and makes us feel full or sated toward the end of the meal. New study finds no health concerns in e-cig vapor. Among the various “concerns” expressed by those who oppose electronic cigarettes (e-cigarettes), a fear of toxic substances in the vapor emitted by the devices, or exhaled by users (“vapers” as they are known, as opposed to “smokers”) has been raised as an issue. 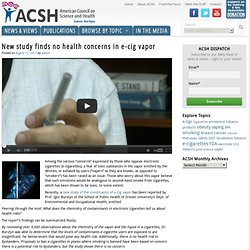 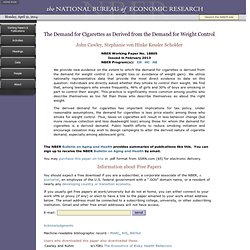 We utilize nationally representative data that provide the most direct evidence to date on this question: individuals are directly asked whether they smoke to control their weight. Facial Changes Caused by Smoking: A Comparison between Smok... : Plastic and Reconstructive Surgery. Background: The purpose of this study was to identify the specific components of facial aging secondary to smoking, by comparing standardized photographs of identical twins with different smoking histories. 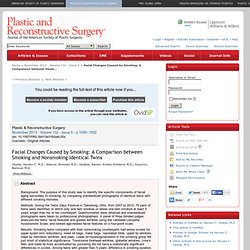 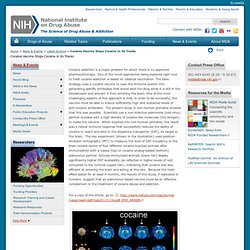 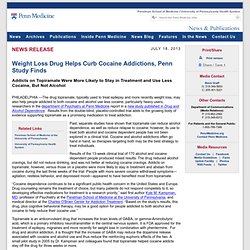 Results from the double-blind, placebo-controlled trial adds to the growing body of evidence supporting topiramate as a promising medication to treat addiction. Past, separate studies have shown that topiramate can reduce alcohol dependence, as well as reduce relapse to cocaine; however, its use to treat both alcohol and cocaine dependent people has not been explored in a clinical trial. Cocaine and alcohol addictions often go hand in hand, so therapies targeting both may be the best strategy to treat individuals. “Cocaine dependence continues to be a significant public health concern in the United States and Europe.

Co-authors of the study include Helen M. Discovery could yield treatments for cocaine addicts. Scientists have discovered a molecular process in the brain triggered by cocaine use that could provide a target for treatments to prevent or reverse addiction to the drug. Reporting in the Journal of Neuroscience, Michigan State University neuroscientist A.J. Robison and colleagues say cocaine alters the nucleus accumbens, the brain’s pleasure center that responds to stimuli such as food, sex and drugs. Deleting alcohol memories in rats stops cravings. Neurologists have successfully identified and blocked the enzyme responsible for reigniting alcohol-linked cravings in rats, and in doing so deleted the permanent memory of the craving, thus curing them of their hankering. The drug used to block the rats' memories is already being used in the medical sector (it's given to people that have rejected transplants), so it's feasible -- if this study is backed up by future research -- that we could be looking at a the early stages of an alcohol relapse preventer in the making.

The Ernest Gallo Clinic and Research Centre team at UC San Francisco, headed up by Segev Barak and Dorit Ron, focused on cue-related addiction -- when smell or taste prompts related memories, then a related action. LSD Helps to Treat Alcoholism. DEA/Science Faction/Corbis An analysis of old studies suggests LSD may have a role to play in treating alcoholism. The powerful hallucinogen LSD (lysergic acid diethylamide) has potential as a treatment for alcoholism, according to a retrospective analysis of studies published in the late 1960s and early 1970s. 'Binge-drinking gene' discovered. 3 December 2012Last updated at 19:56 ET Many genes may be involved in influencing how much we drink Scientists believe some people have a gene that hard-wires them for binge drinking by boosting levels of a happy brain chemical triggered by alcohol.