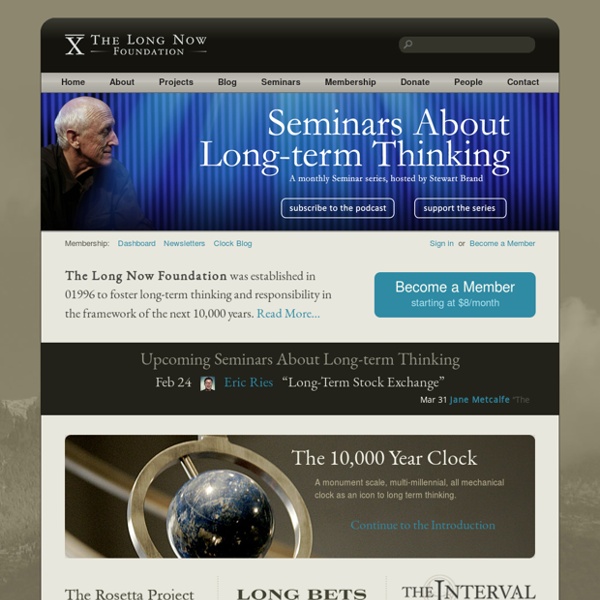 Accelerating Future There isn’t enough in the world. Not enough wealth to go around, not enough space in cities, not enough medicine, not enough intelligence or wisdom. Not enough genuine fun or excitement. ALEC – American Legislative Exchange Council More than 40 years ago, a small group of state legislators and conservative policy advocates met in Chicago to implement a vision: A nonpartisan membership association for conservative state lawmakers who shared a common belief in limited government, free markets, federalism, and individual liberty. Their vision and initiative resulted in the creation of a voluntary membership association for people who believed that government closest to the people was fundamentally more effective, more just, and a better guarantor of freedom than the distant, bloated federal government in Washington, D.C. At that meeting, in September 1973, state legislators, including then Illinois State Rep. Henry Hyde, conservative activist Paul Weyrich, and Lou Barnett, a veteran of then Gov.

Data management courses and training If you manage research data or are interested in developing a career as a data librarian or data scientist, the table below will help identify opportunities for you. The first part lists short, 'in-career' training courses to bolster your credentials in data management. The second part lists longer, HE-accredited programmes which include a digital data science or librarianship component. See the Roles page for more on the terms data creator, data manager, data librarian or data scientist, including a diagram mapping the core skills covered by each. (Table adapted from Skilling Up to Do Data: Whose Role, Whose Responsibility, Whose Career? Trading Faster Than The Speed Of Reality Editor’s note: Michael Wellman is a professor of computer science and engineering at the University of Michigan College of Engineering. At 1:07 p.m. on April 23, a hijacked AP Twitter account falsely reported an attack on the White House. Seconds later, major US stock indexes started to fall. They were down 1 percent by the time the tweet was publicly identified as bogus three minutes later.

ACE The goal of the ACE Program is to dramatically enhance the accuracy, precision, and timeliness of intelligence forecasts for a broad range of event types, through the development of advanced techniques that elicit, weight, and combine the judgments of many intelligence analysts. The ACE Program seeks technical innovations in the following areas: (a) efficient elicitation of probabilistic judgments, including conditional probabilities for contingent events; (b) mathematical aggregation of judgments by many individuals, based on factors that may include: past performance, expertise, cognitive style, metaknowledge, and other attributes predictive of accuracy; and (c) effective representation of aggregated probabilistic forecasts and their distributions. The ACE Program will build upon technical achievements of past research and on state-of-the-art systems used today for generating probabilistic forecasts from widely-dispersed experts. Related Program(s)

ADS: Big data Preservation and Management Strategies for Exceptionally Large Data Formats: 'Big Data' Review of nature of technologies and formats This report has been produced as part of the Big Data Project. It is a technical review of each of the 'Big Data' technologies currently practised by archaeologists, with a consideration of data formats for preservation and future dissemination. The discussion focuses on the following technologies: Sidescan Sonar PSYCHOLOGY OF TIME No matter who we are or where we live, we all have a limited time on earth. We all want to make the best use of the time we have Being introduced to “psychology of time” in a TED Talk by Philip Zimbardo, gave me new perspective of the differences between individuals, communities and countries. It complements other models of personality development, and can provide insight into what type of time perspective we have and how we can become more efficient users of our time. To give you a sense of your own current time perspectives, five perspectives are summarized below. Note, there is no right or wrong, we have them all within us – great for self-insight!

The Time Paradox - Psychology <A HREF=" Widgets</A> Welcome to MHN's unique book review site Metapsychology . We feature over 6800 in-depth reviews of a wide range of books and DVDs written by our reviewers from many backgrounds and perspectives. We update our front page weekly and add more than thirty new reviews each month. Our editor is Christian Perring, PhD . To contact him, use the form available here .