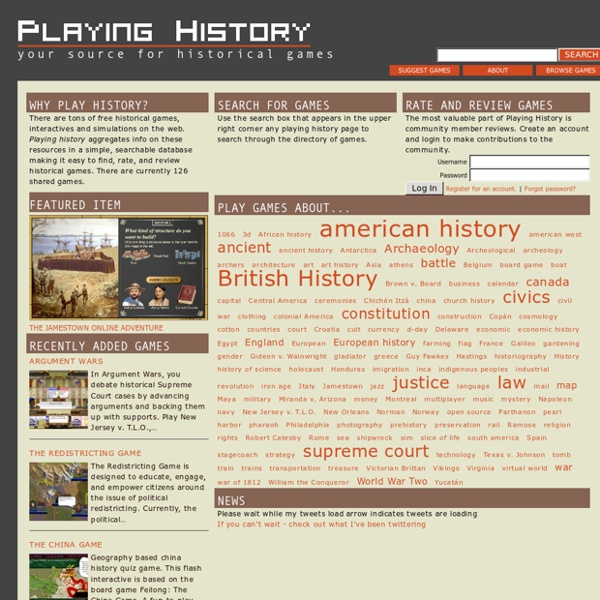 The Planning of the War Ever since Germany had inflicted defeat upon France in the Franco-Prussian War of 1870-71, the major nations of Europe had busied themselves with plans for the next war, seen by many as inevitable given the conflicting ambitions of the major powers; which, in the case of France, included the repossession of Alsace and Lorraine, both lost to Germany as a consequence of the Franco-Prussian War. Much is made of the German Schlieffen Plan and, to a lesser extent, the French Plan XVII. But what of Austria-Hungary's Plan B and Russia's Plan 19? This article details the primary aims of each of these plans, and discusses the rationale behind them. France: Plan XVII The chief aim of Plan XVII, devised by Ferdinand Foch in the wake of the humiliation of the Franco-Prussian War, and taken up by French Commander-in-Chief Joseph Joffre in 1913, was the recapture of the territory of Alsace and Lorraine.

Interactive The World of Seven Billion The map shows population density; the brightest points are the highest densities. Each country is colored according to its average annual gross national income per capita, using categories established by the World Bank (see key below). Some nations— like economic powerhouses China and India—have an especially wide range of incomes. But as the two most populous countries, both are lower middle class when income is averaged per capita. Report: Is it Game Over for Gamification? Gamification has been around for several years. According to Merriam-Webster, the term's first known use was in 2010. But it's still being flagged by some spell-checkers as a typo. This may be fitting, because gamification was retired in the 2015 New Media Consortium (NMC) Horizon Report on emerging technology for K–12. Gamification — or incorporating elements of games into learning to drive engagement — has thrived in other industries like business.

Game Plan Level: Upper intermediate+/mature students Location: Computer room Skills Focus: Reading/writing (reading comprehension check) Language focus: Reading Game: McVideo Game Game Theory, Popular Science On test day for my Behavioral Ecology class at UCLA, I walked into the classroom bearing an impossibly difficult exam. Rather than being neatly arranged in alternate rows with pen or pencil in hand, my students sat in one tight group, with notes and books and laptops open and available. They were poised to share each other's thoughts and to copy the best answers. As I distributed the tests, the students began to talk and write. All of this would normally be called cheating. But it was completely OK by me.

Games Enjoy Human rights education by playing our online games We offer a wide range of educational games provided by the United Nations and its Agencies, but also from Partners to our Campaign. Darfur is Dying Darfur is Dying is a viral video game for change that provides a window into the experience of the 2.5 million refugees in the Darfur region of Sudan.

Games That Stimulate Creativity: Exercise 3 Exercise #3: Loose Ends Defining a problem too narrowly can inhibit and delay finding a solution. The creative problem solver tries to state the requirements as broadly as possible at the beginning. If, after a reasonable time, no solution presents itself, he tries to restate it in such a way that a new avenue of approach becomes available. GlassLab Today we launched an exciting new research and development initiative in partnership with Electronic Arts that aims to transform learning and assessment practices through digital games. Named GlassLab, the effort will explore the potential for digital games to serve both as potent learning environments and as real-time assessments of student learning. The Lab’s work is focused initially on assessments that track learning gains in middle school students against the Common Core State Standards and key twenty-first-century skills, like systems thinking, perseverance and creative problem solving. Located on the Redwood Shores campus of Electronic Arts near Redwood City, California, the Lab will draw on top Silicon Valley talent to produce innovative digital games, both modifications of existing commercially successful titles as well as original mini-games designed and developed at the Lab. Check out this video interview about GlassLab.

Learning Analytic for Digital Game-Based Learning There is an overlooked opportunity in games – big data generated in the interactions through gaming. Game based learning is great, it’s learning-by-doing with lower costs in many cases, it’s focused on problem solving, it improves students motivation. But when we suggest teachers to use serious games to teach their students, the first question that it comes to their minds is: “Well, I like the idea, but… How do I assess this?”, or “How do I know it works for everyone?” Learning Analytics for Serious Games should step in now. Actually it’s another data mining process, quotes from the post from Games and Learning Alliance(GALA):

Know Your Rights Game - Children's Commissioner for Wales This is an interactive game about the United Nations Convention on the Rights of the Child (UNCRC). Every child and young person under 18 has rights. These rights are in one big list called the UNCRC. Your challenge is to explore the community map collecting all your rights along the way.

Creating An Online Learning Environment That Fosters Information Literacy, Autonomous Learning and Leadership: The Hawaii Online Generational Community-Classroom The Hawaii Online Generational Community-Classroom Dr. Leon James Professor of Psychology College of Social Sciences University of Hawaii (Manoa) 1997 Note: This is my online conference paper presented at the Second Annual Conference on Teaching in the Community College (Electronic) Journal (TCC-J), Trends and Issues in Online Instruction, Spring 1997 issue published here but that version does not contain all the Tables and Appendices that are available here. Games That Stimulate Creativity: Exercise 7 Exercise #7: The Collected Works We are frequently hampered in creative problem solving by our habitual ways of looking at things. The more familiar a situation or an object is, the harder it is to see it differently. Creativity, however, requires a "fresh" pair of eyes.